Cities at crossroads: There’s no such thing as free water 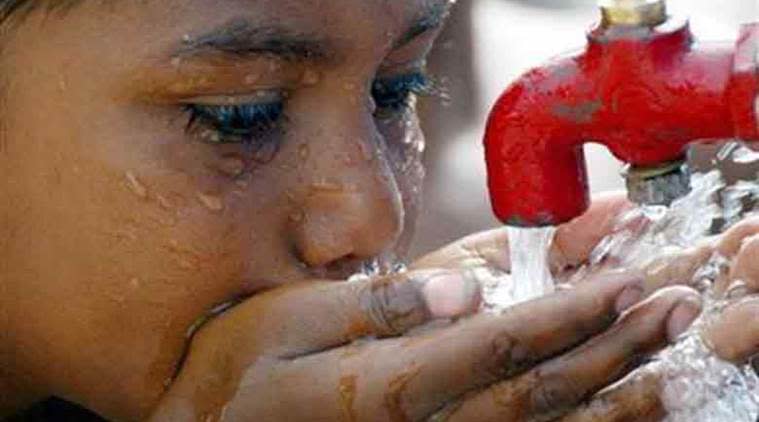 Water is in the news for how tankers were procured in Delhi. Even more importantly, we need to reflect on why we need tankers in the first place. Our urban local bodies (ULBs) cannot possibly ensure sustainable delivery of water in our cities/towns unless financing mechanisms are put in place. Water has long been considered a gift of nature, with a subconscious expectation that it should be available free of charge.

Water delivery requires heavy investment in collecting it from a natural source, treating it to make it potable, and investing in a distribution network of pipes for delivery to the users. It also requires investments in sewerage infrastructure and sewage treatment plants so that the sewers can carry the wastewater (estimated to be 80 per cent of the water that is consumed) to these plants to ensure that no untreated sewage is discharged back into natural water bodies.

If cities were rich enough to meet the entire cost, water could be delivered free. They are not, and therefore they have to charge. Unfortunately, politicians are reluctant to charge even when consumers may be willing to pay, more especially if it leads to better delivery of good quality water.

ULBs in India do not have the autonomy to set prices to cover costs. This power remains with state governments, and they must price water to recover costs. An element of subsidy can be built in for the poor by having volumetric pricing with a low price for the first slab which covers what is regarded as a minimum need. Those consuming more should pay a progressively higher price per litre for the water they consume.

The 2012 Water Policy recommends that user charges be based on volumetric pricing. As early as 1992, the Vaidyanathan Committee had recommended the same, and also that water rates should cover O&M costs in the first instance, with capital charges (interest and depreciation) to be covered over a period of five years. More than 20 years later, state governments have still not taken the first step to recover O&M costs through user charges!

One solution is to take water pricing away from politics and assign to a statutory regulatory authority the task of determining water tariff for cost recovery allowing for reasonable costs. The authority should be charged with hearing all stakeholders, and explaining how the tariff is arrived at. The government should have no right to alter the statutorily determined tariff, but it can and should introduce a subsidy which can be paid directly to the targeted consumers after making necessary provision in the budget. This would make the pricing of water transparent, and help begin the transition to a system of public debate on the importance of cost recovery and scrutiny of cost elements.

It is worth noting that even in many of the OECD countries, full O&M cost recovery was achieved only as late as 2008. On the other hand, Singapore started pricing water to cover O&M costs in the second half of the 1960s. Singapore has made the maximum progress in addressing their enormous water challenge through full cost recovery (including capital cost) and subsequently marginal cost pricing, and investing in innovations to reclaim water for reuse (NEWater) and in desalination. They also introduced a progressive water conservation tax in 1991.

Mumbai is the only big city reporting 100 per cent cost recovery even though its tariffs are amongst the lowest because its water cost and energy cost is relatively low. Bengaluru is next with cost recovery of 92 per cent. By contrast, Delhi, Indore and Bhopal show the worst cost recovery.

A comparison of water tariffs for Delhi, Mumbai, Chennai, Nagpur, Hyderabad and Bengaluru is of interest. In Delhi, the first 20 kl of monthly consumption is free, while Mumbaikars pay Rs 4.66 for the first 22.5 kl of water consumed. Chennai at the lower end of consumption is between Delhi and Mumbai. Hyderabad tariff is the highest at the lower end of consumption, while Bengaluru is the highest at the highest slab of consumption. Nagpur has been revising its water tariff upward by 5 per cent annually for the past five years, plus any increases due to surcharge on electricity and raw water charge. This is a relatively less painful way of adjusting the tariff to cover costs. Nagpur’s cost recovery is currently a little over 70 per cent, although before launching on the 24 x7 expansion, they reported 93 per cent cost recovery in 2010-11.

The financial viability of the water delivery system depends not only on tariffs but also on the extent of non revenue water (NRW), that is, water which is produced but lost and not paid for. The loss may be because of leakages in pipes or theft, or incomplete billing and/or metering inaccuracies. The working group on urban and industrial water supply and sanitation for the 12th Plan estimated NRW in India at 40-50 per cent. The status report puts NRW at 33-34 per cent for 2010-11, but the methodology for NRW calculation needs to be streamlined before using these numbers for reliable comparison.

Nagpur is the only city which provides a water balance sheet. Its 50 per cent NRW is the result of billing for only 43 per cent of the water supplied. The funding interruptions caused by the transition from JNNURM to AMRUT have affected the installation of consumer meters in the midst of the 24×7 water supply project (30 per cent of the city is currently covered by 24×7).

The moral of this story is clear. To deliver potable water for all, the ULBs will have to work hard to reduce costs through modernisation and technology. They must also recover costs through user charges, while financing whatever subsidies are intended for the poor through cross-subsidisation. They must, of course, collect bills for all this to work. Private financing to supplement public funds to lay out the infrastructure is only possible if there is a revenue model. It does not call for rocket science but simply better governance.