Commerzbank: Matolcsy’s Team Set on A Roll, May Go Even Further Next Year – Senior Analyst

Central banks are finding it difficult to fight the uphill battle against low inflation globally, and the National Bank of Hungary (MNB) may also decide to cut rates further in 2017, Tatha Ghose, Commerzbank senior analyst said in answer to Portfolio’s question. He believes that partly because of that, the forint may even depreciate to HUF 330 against the euro within two years, but that may not be too much of a problem, as this is the only way to generate inflation.
Portfolio: You expect the growth of the Hungarian economy to slow down to 2.2% in 2016. Will the downturn prove transitional? What do you think about the mid-term outlook?

Tatha Ghose: Essentially, there are two things underpinning the slow-down: first, demand from the German economy may decrease due to the greater than anticipated deceleration of the Chinese economy, and second, the use of EU funds may drop in a transitional period. In terms of this latter factor, I believe Hungarian authorities are overly optimistic when they say that EU fund usage will be back to normal very soon. In my opinion, the Hungarian economy is capable of 2.6-2.7 percent growth in the medium term, and that 2016 could be around 0.5 percentage points lower than this, primarily because of EU fund call-offs. We anticipate the MNB rebooting its SME lending programme due to the downturn, since it served as a growth stimulus last year, as well. 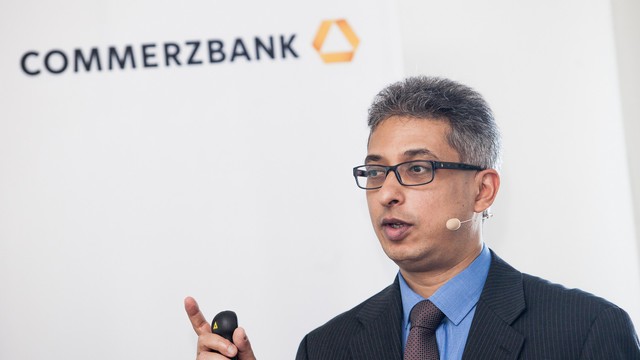 The key message in presentation was that inflation targeting by central banks is not working, globally. Why do you think so, and what could be the new system?

There is data to show that whatever a central bank does to boost inflation at present is essentially irrelevant, since inflation is being primarily driven by global factors. I believe that while various central banks apply monetary policies that are different, foreign exchange rate is the key tool in many places. Suffice it to look at the Czech central bank’s example, which chose to introduce exchange rate pegging. However, recent years’ practice has shown that no central bank was able to generate inflation by depreciating their respective currencies, this only worked for a few months even in the Czech case. Additionally, even this temporary inflation generation causes serious losses to the central bank because of intervention, realised when applying the exchange rate peg must be abandoned due to potential political resistance. In other words, my opinion is that if global inflation is low and continues to drop further, tools used by national banks will only have a transitional effect. I believe that in such a situation following inflation targets cannot really be meaningful. Plus, because it was originally intended for periods of high inflation, one might be warranted in asking whether or not the same tool is suitable for fighting steadily low inflation. The fact is that now we find ourselves in a position where even though our expectations see a slight rebound of inflation, primarily due to oil prices, in the second half of the year, it will nonetheless turn downward again next year. The world has taken a major turn: earlier, individual interest rate decisions used to move the inflation rate, now the inflation rate is globally determined and individual central banks adjust their interest rates to be consistent with this level of inflation (so as to keep real rates reasonable).
You also mentioned that inflation may go down again globally next year after the transitional increase, and this might lead MNB to cut the current 0.9% base rate even further. Where do you think rates will bottom-out?

Our official forecast has a base rate of 0.75% for 2017, but I would not be surprised if rates around CEE went down all the way to the negative domain. DM Europe is already there…

What impact would that have on the HUF exchange rate?

At this point, I believe that Hungary’s currency will not depreciate below HUF 330-335 against the euro, as any such further cycle of rate cuts will only be possible if international conditions allow it, so Hungary will not go down this road on its own. The ECB’s rate policy is the key matter here, regarding which we now expect further cuts over winter, and the Hungarian central bank may well take its cue from that. 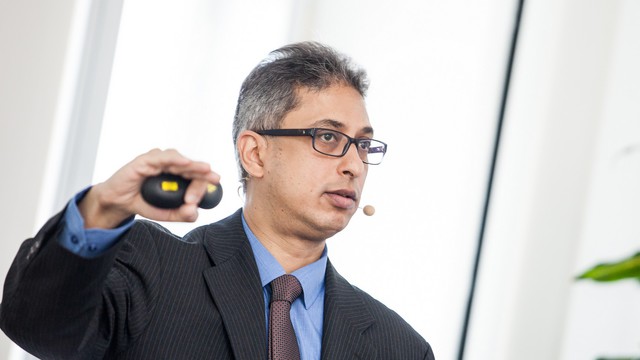 I think that if this only happens in a couple of countries, then it can only have a modest boosting effect on inflation, which is what we saw in the Czech case, where inflation only grew for a couple of quarters after the peg was introduced. So, in my opinion, if a country is looking to peg its exchange rate, it would be better off choosing a rolling method similar to the one in Singapore. This is also what the Czechs originally wanted, but they lacked sufficient backing for its implementation. What this means is that the peg needs to reviewed year-by-year, and changed to reflect how inflation is shaping-up.

In your presentation, you said that in your opinion, depreciating the currency is the one and only way to generate inflation. What will happen if every central bank around the world starts depreciating? A currency war?

No. I think this talk of currency war was a mistake even in the past two years. Globally, most central banks are forecasting inflation of around one percent for the upcoming period, but this is not the result of currency depreciation. Movements observed on the foreign exchange market can be attributed to other things; for instance, some countries have suffered depreciation because of their substantial balance of payments deficit. However, conscious depreciation was not among the openly accepted tools used by central banks so far.

In May, Hungary was relisted on the investment grade category by virtue of being upgraded by Fitch for the first time in long years. We also expect a similar decision by Moody’s before the year ends. Will that have any substantive market effect?

It is only going to have a very short effect.

Even though we have been hearing for a while now that a second upgrade could see a new layer of investors shift towards Hungary, with conservative investors who only invest in investment grade assets buying Hungarian government securities. So that is not true, after all? 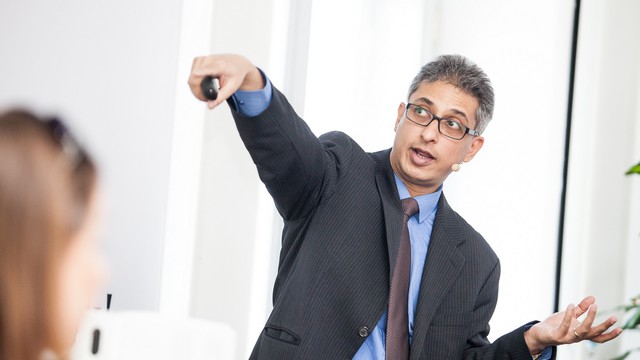 It is true, but in the meantime, previous speculative investors will sell their Hungarian government securities, since market logic dictates that new players can only enter if you have others selling. Should you ask me, for instance, why Franklin Templeton sold its Hungarian bonds over recent years, the answer is not that they turned more pessimistic regarding the Hungarian market outlook, much rather that they found buyers for the instruments they held. In other words, my opinion is that hot cash already set the price point for Hungary’s anticipated upgrade—which is the reason why the Hungarian bond surcharge also dipped of late. Once the second upgrade happens, this hot cash will leave the country and make way for the conservative investors I mentioned.

Has Hungary’s risk profile improved in recent years by virtue of a significant bond portfolio no longer being concentrated in Templeton’s hands? It was primarily the domestic banks that entered the market instead of the American fund manager. Are they more reliable, less risky investors?

I think Templeton’s exit was much more orderly than it could have been. If things had got disorderly, we think that the Government Debt Management Agency (ÁKK) could have played a role to smooth the market behaviour. Generally speaking, I do not think that any country could do without foreign investors. Of course, it is not fortunate to have lots of bonds concentrated in one hand. I believe that as long as the share of foreigners stays around 40% on a market, this is not a problem, it is impossible to draw firm borders in today’s globalised world.

You mentioned that according to a previous European Commission survey, Hungary is the most innovative country in the region. Do foreign investors share this sentiment?

I think this is indeed so. For one, we know the background of that data, so we can declare it is sound. On the other hand, we and our customers both feel that Hungary stands-out in terms of these indicators. We receive continuous feedback from companies saying that the reason their development centres are located in this country is because it is highly ranked in terms of such indicators, e.g. engineering capabilities.

How do you see the long term political and economic future of Hungary and this region in Europe? Introduction of the euro has been taken-off the agenda in most countries during recent years.

I believe workforce headcount is going to pose the greatest challenge in economic terms. What would be necessary is for governments in the region’s countries to cooperate, and establish economic hubs along their borders to allow the flow of the workforce among the various countries. This is all the more true for Hungary, since a significant Hungarian ethnic minority still lives in the neighbouring countries, and such cooperation would also be necessary for their sake. These many small countries should join forces and establish a large labour market block.

Could this block eventually go on to join the euro zone?

Well, that is a tough question to answer, because almost every analysis highlights the uncertainties surrounding the fate of the euro zone. If true fiscal union is achieved, then having a common currency will no longer be the point, rather to see the creation of economic hubs where Member States could even implement cross-border cooperation. Additionally, you have the political problem of these countries not being willing to voluntarily agree to Brussels telling them what they should do, and the signs of this are already visible.

One last short question: British voters are making an important decision these very hours. What impact could the outcome of the referendum have on Hungarian assets, e.g. the forint?

A significant wave of selling could come if the British vote to leave, but that will likely last for no more than a couple of weeks. This is because I expect that if it does come to Brexit, the EU’s leaders will try to act fast in order to answer questions around how the system could work without the Brits in the future. They could try introducing incentives to prevent others taking a similar course of action, in addition, it will be important to see how the loss of British net payment to the EU will be compensated.