Corruptibility of the new economy 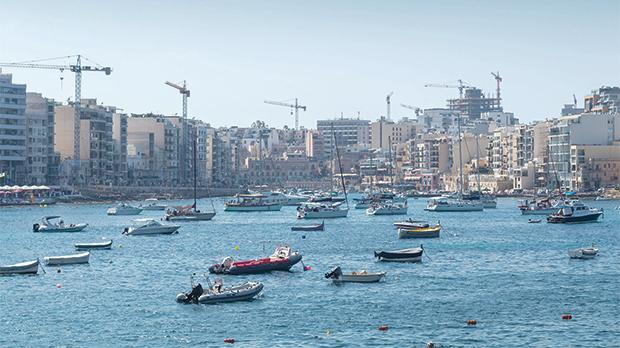 The inflow of money, including money of dubious provenance, is fuelling property speculation. Photo: TheLiftCreativeServices/Shutterstock.com

At a promotional talk in the early days of the sale of Maltese passports – the euphemistically named Individual Investor Programme – Joseph Muscat spoke eulogistically about Malta’s cultural strengths. He talked of the Maltese having a strong sense of belonging to community, of an admirably high proportion being involved in community volunteering, of Malta as a place where you never feel abandoned by society.

Rousing speech; the allusion was that prospective Maltese citizens would be buying belongingness in Malta. Yet Muscat’s sales pitch was misplaced or odd for the audience, the super-rich after a passport of convenience, and I wonder if Muscat really believed his own pitch or whether he was talking in rhetorical flourish to an audience at home.

Those early days feel like distant history now. Now we know that the passport-buyers have shown no intention of buying belongingness in Malta, that most hail from corrupt countries in the former Soviet sphere, and that the government’s keenness to conceal their identity has even led to changing the way new citizens are listed (in alphabetical order under names instead of surnames, making it harder for journalists to make linkages of entire families who got citizenship).

The government is ashamed of revealing, even unwittingly, the identity of the passport-buyers, and instead we get boasts about the millions that the scheme has earned the country, as if that’s all that matters – the money. If our national wellbeing is measured by money alone, unshackled by principles, then no wonder we are in a national quagmire: the nation convulsing under news of dodgy banks and a crisis of corruptness, a handful of people at the core of power under severe suspicion of money laundering and corruption, and our financial services industry facing reputational ruination.

I have my ideas about the guilt, or extent or apportionment of the guilt, of the handful at the core of power. My ideas are informed by what we know, what we can infer from what we know, and the tantalising precision of the details being revealed in drips – as they say, God is in the details. And also, like many people, I generally take a dim view of the police and the courts.

With the confluence of evidence still gathering, there is plenty of life yet in this story. But this article is not directly about the ongoing convulsions; I want to posit on the larger picture, the wider corruptibility of the new economic sector.

In that larger picture of the past few years we have greatly expanded an economic sector made of inflows of speculative or dodgy money into the country. This consists of the sale of passports, the residence scheme for the rich (the Global Residence Scheme, enticing rich individuals to call Malta the home of convenience to benefit from the simplified low-tax regime on their earnings), the inducements to companies to domicile their earnings in Malta (for tax avoidance). Not only have we expanded or relaunched these schemes, we have set the bar low (buying passports, or Maltese citizenship, is cheapest among the few other EU countries that have launched similar schemes).

In the financial industry, we have lowered the bar to the point that dubious banking outfits are able to make it through the regu­latory gauntlet. The inflow of money, including money of dubious provenance, is also fuelling property speculation. And this flow of money and speculation has whipped up excitement about Malta – the news is abuzz of an economy surging ahead – a buzz that’s infectious and self-propelling; positive feedback in an economy. All of this, as well as budgetary measures designed to encourage Maltese people to put their money on property, has spurred a building boom that’s highlighted by the swanky high-rises concocted for Tigné and the grandly-named ‘Golden Mile’.

At the other end of the spectrum are the poor immigrants who end up in menial work and unskilled jobs in the entertainment industry. These immigrants, who are largely exploited, are the kinetic energy of cheap, poorly-unregulated labour in this new economy. (These masses are doubly needed to fill decrepit buildings, or vacant housing at the periphery.)

It’s an economic sector that places Malta as a stepping stone into Europe, a part-time base where to stash one’s money (or at least a funnel for money), a playground for the rich and the pretentious. And Maltese people, especially those made gullible by political party allegiance, might even be impressed by the magnificent high-rises to be – and talk of Malta being reimagined as some kind of metropolis in the Mediterranean.

In this sense, comparisons with places such as Singapore, Dubai and Doha are inevitable. But before we embrace those places more fully as models, we have to consider our differences. We have a culture and ethos more distinctive, an ubiquity of historical heritage – their tourist industry is built on superficial modernity and flashy but shallow cosmopolitanism, ours is built on history and culture.

Perhaps the Muscats are dazzled by those places, at least judging by their stint in Dubai’s Atlantis The Palm hotel, where they spent more in a week than the Maltese at the lowest strata earn in a year. More than a hotel, the Atlantis is an exclusive destination built on an island, and the Muscats’ stay is an indication of their tastes. (I am not rich, but in the course of my work writing for international upscale travel magazines I have stayed in some of the world’s swankiest hotels. And although I was impressed by the splendour initially, it didn’t take long to see the hotels as uninspiring, their guests as largely superficial and self-indulgent. I would rather take my family camping.)

And while the new economic sector under discussion might be an artful way to gene­rate wealth, it has a corrupting influence. So does the rising inequality; the inequality is even enshrined in immigration – we are dealing with the super-rich on the one hand and exploiting poor immigrants on the other hand. Moreover, real or perceived corruption at the upper hierarchies of government and society is contagious: people at each strata of society justify their own sleaze by the bigger sleaze of those higher up the pecking order.

The reputational peril is more insidious. Malta has long been associated with romance and chivalry and history and gallantry; now we are becoming known for the unprincipled peddling of passports, for a financial industry that looks increasingly shady, for making money from being a stepping stone into Europe or a base of convenience for tax avoiders.

All of this erodes our national identity, which is what gives us vigour as a nation for, despite our diminutiveness, we have retained a strong sense of identity in a globa­lised world. Our identity and ethos – our history, our cultural manifestations, our way of life – are our key selling points in attracting immigrants and tourists.

Immigration can be enriching, it injects cultural and economic vigour into nations, but only for as long as there is a sense of belongingness (the section of high-skilled immigrants working in professional servi­ces fulfils this criteria). It’s what Muscat rousingly spoke of in his pitch mentioned at the beginning of this article; except that a few years down the line we have largely been achieving the opposite.

Previous Asean urges N.Korea to comply with international obligations
Next Updated 11 hours ago