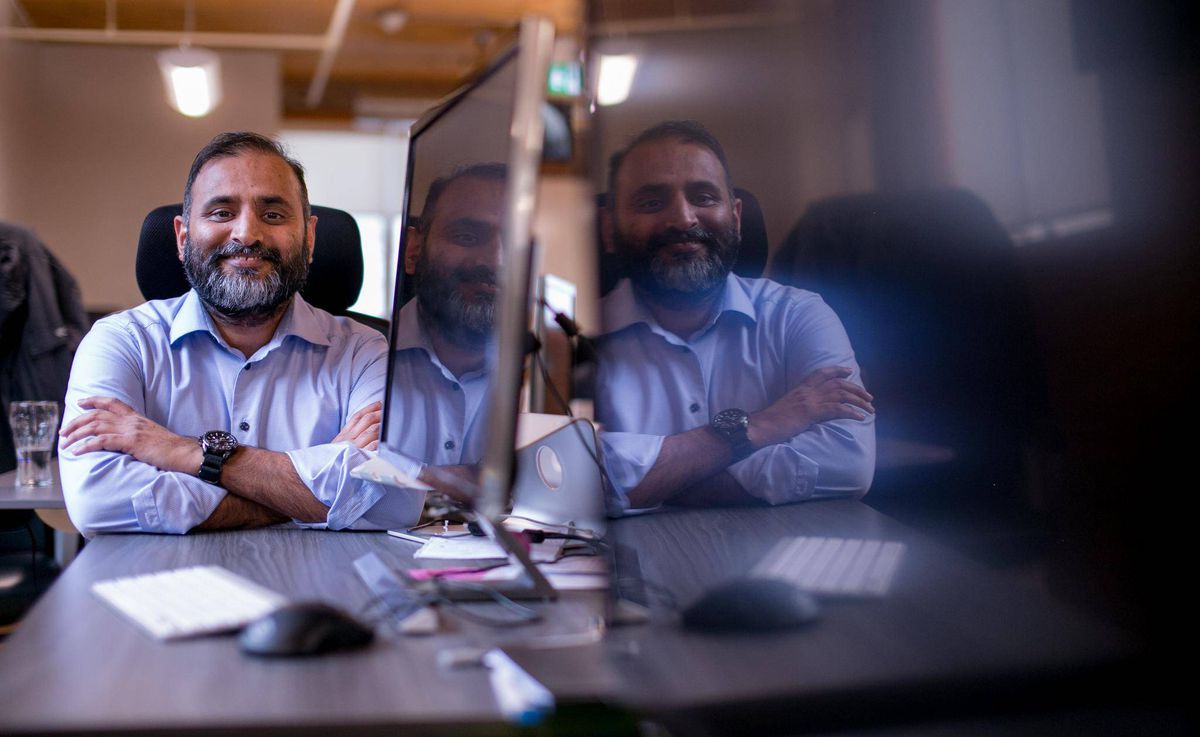 At first glance, Harinder Takhar’s business seems boring, and he knows it.

“Maybe we should have a slogan,” he says, grinning: “Make bill payments interesting again.”

The technology sector is enjoying a boom unlike any since the dot-com era of the late 1990s, but much of the excitement is in areas such as social media, online retailing, cybersecurity and streaming entertainment services. There’s very little glamour in building an app that helps people pay their monthly bills more efficiently.

But Mr. Takhar, the 40-year-old chief executive officer of Paytm Labs, reckons those pesky bill payments sap more than half of what’s in the average Canadian’s wallet each month, so he sees potential. And his company’s corporate pedigree is not to be underestimated.

Paytm’s Toronto office is in a squat brick building sandwiched between a burrito shop and a purveyor of poutine on a stretch of Adelaide Street West that’s at its liveliest in the wee hours of the morning, when the neighbourhood bars let out. Inside, it has all the trappings of a typical tech startup: exposed brick and wooden beams, a Ping-Pong table and a pod of staff known internally as “the suits,” none of whom are dressed in anything remotely resembling a suit.

But Paytm Labs represents something more noteworthy: A lab for research and development to tap into a growing trove of customer data and a Canadian foothold for India’s foremost e-commerce and mobile-payments firm. Paytm, in turn, is backed by two of the world’s emerging corporate superpowers: China’s Alibaba Group Holding Ltd. and Japan’s Softbank Corp., which have invested more than $2-billion (U.S.) combined.

In India alone, Paytm boasts some 230 million registered users, though not all of them use the app regularly. And now it has quietly set up shop in Canada, with ambitions to improve the way Canadian consumers, businesses and even cities make and receive payments.

“What we have figured is that bill payments, even though it is boring and doesn’t sound interesting to anybody, we have an opportunity to make it really interesting,” Mr. Takhar says in an interview. “It is actually a very nice, sticky surface.”

Paytm has done business in Canada since 2014, though it was incorporated earlier. Mr. Takhar was Canadian employee No. 1, having settled here to raise his family after stints in Finland, Britain, Singapore and France.

Born in India, he studied at Delhi College of Engineering and became pals with Vijay Shekhar Sharma, founder of Paytm’s parent company, One97 Communications, and went on to be that company’s first engineer.

After stints at global firms such as BlackBerry Ltd. and Nokia Corp., he reunited with Mr. Sharma in 2011 as Paytm’s CEO, and turned his focus to forging partnerships with firms such as ride-hailing leader Uber in India.

It was on a phone call with Mr. Sharma and a board member in the fall of 2014 – just as data was gaining steam as the tech world’s latest hot commodity – that they decided, “You know what? Let’s put our foot down,” as Mr. Takhar remembers it. He was told to build a 100-person team in Canada with a focus on data, where Paytm was “weak” at the time. “Make it the strongest thing in our company,” Mr. Takhar’s bosses told him.

Paytm’s Canadian bill payments app launched in March of 2017, and the Toronto lab now has about 60 staff. It took 60 days for the company to process its first million dollars in bill payments, but by summer, the company had shortened that pace to 15 days. Even so, Paytm’s reach in Canada is still small, with a goal to reach 100,000 active users soon. The app also allows person-to-person money transfers, but that feature isn’t used much so far.

Online and mobile bill payments are not new, and every major banks offers them in some form so it won’t be easy to stand out. “But because this is not their attention area, I think we have a chance to make it front and centre,” Mr. Takhar says. Paytm will give users reminders of when their bills are due, alerts when a regular bill is out of the ordinary, and predict monthly expenses. Paytm talks regularly with Canadian banks about supplying them with its platform, and is in “advanced-stage discussions” with two banks, Mr. Takhar said.

In India, one of Paytm’s big breakthroughs came in 2016, when the country’s government suddenly withdrew most of the smaller banknotes from circulation to try and bring a bustling shadow economy onto the books. With cash suddenly in short supply, Paytm became a vital way to move money.

But Canada is a vastly different market, and rather than import its Indian business model, most of Paytm’s Canadian tech is built from the ground up. Canada’s payments system is also in the midst of its own modernization plan, which aims to introduce, among other things, a real-time system to settle payments instantly by 2019. When compared with other countries, Canada’s current payments infrastructure is adequate, Mr. Takhar says. But he is something of an evangelist for the power of technology to make things better, and he’s prone to throwing his hands on his head in exasperation at how costly and inefficient making a simple payment can still be.

“We, ourselves, go to China to be humbled,” he says, where payment products from Alibaba and rival Tencent are dominant. “That is how you do payments 10 years from now.”

So far, Paytm makes very little money in Canada. But the company sells gift cards through the app and pockets a spread, and will use targeted ads to sell products to users by predicting their needs and working directly with retailers. “We cannot bombard you … So you come to our app 50 times, we will show you a product three times, and we hope that you buy it once,” Mr. Takhar says.

Paytm Labs is also looking to facilitate faster, cheaper payments for small cities, large utility companies and even mom-and-pop businesses. Mr. Takhar expects it will take a decade to build its brand in Canada. “We are standing on the shoulders of giants, so we actually are not seeking [an] immediate sort of bump in numbers,” he says.

But it still irks him that when Paytm inked its deal to work with Uber in India, Western media framed it as the ride-hailing company choosing Paytm, even though the Indian payments provider was the more established company at the time.

“I hope that what we’re doing over here, in five years it changes it a little bit, that we get some credit,” he says. “A little bit.”