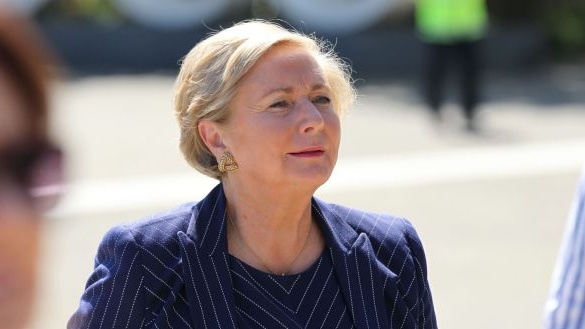 Direct flights between Dublin and Tokyo are inevitable given the increased interaction between the two states, according to the Tánaiste and Minister for Enterprise Frances Fitzgerald.

Ms Fitzgerald, who is leading the mission, said Britain’s looming exit from the European Union has given “a major shot in the arm” to Ireland’s engagement with Japan and the rest of Asia.

Ms Fitzgerald told an audience in Tokyo that while her government “regrets” Britain’s decision, it “creates a lot of opportunities for Ireland” in the world’s most dynamic economic region.

“We see Ireland as the post-Brexit solution to many companies in this area,” she said.

The recent trade deal between the EU and Japan will boost Ireland’s shipments of food, software and other products to the Asian country, the IDA has said.

Head of growth markets with the IDA Eileen Sharpe said exports to Japan, the world’s third-largest economy, grew by 19 per cent last year, to €149 million.

The Tánaiste heads a delegation that includes representatives from 60 companies, along with Julie Sinnamon, chief executive of Enterprise Ireland, and Ms Sharpe.

“We’ve seen double the visits from Japanese firms to Ireland last year,” the Tánaiste said, adding that with planes flying directly from Dublin to Hong Kong and possibly soon to Beijing, direct flights to Tokyo were “inevitable.”

Ms Fitzgerald told an audience in Tokyo that while her government “regrets” Britain’s decision, it “creates a lot of opportunities for Ireland” in the world’s most dynamic economic region.

“We see Ireland as the post-Brexit solution to many companies in this area,” she said.

The visit coincided with the announcement of a deal by Galway-based group C&F Green Energy to instal wind turbine technology for Airport Facilities Ltd, which handles Japan’s airport infrastructure.

The two nations traded €9.8 billion worth of goods and services in 2015, and Japan still tops China as Ireland’s largest export market in the Asia-Pacific region, according to the IDA.

Roughly 80 Japanese companies in Ireland support more than 4,000 jobs and, as the only English-speaking country left in the EU, the Government was seeing “keen interest” from Japanese companies, said Ms Fitzgerald.

“We’ve seen double the visits from Japanese firms to Ireland last year,” she said, adding that with aircraft flying directly from Dublin to Hong Kong and possibly soon to Beijing, direct flights to Tokyo were “inevitable.”

“The more business that’s generated between the two countries the closer that becomes.”

Earlier in the week the Tánaiste visited Singapore where she opened an office for Cavan-based insulation specialist Kingspan, which is expanding in Asia.

Her trip is part of a flurry of activity to mark the 60th anniversary of diplomatic ties with Japan. Minister of Foreign Affairs and Trade Charlie Flanagan was in Tokyo in February, and Minister for Agriculture Michael Creed will visit before the end of the year.

In January, Fumio Kishida, then Japan’s foreign minister, made a pilgrimage to Ireland, where he called Britain’s vote to leave the EU an event “that shook the world”.

The Tánaiste dismissed speculation that Brexit might never take place, but said whatever happens, Ireland was “absolutely committed” to its 12.5 per cent corporate tax rate.

“The exit is going ahead, but there is a lot of work to be done” on customs, trade issues and security, she said. “Business is getting impatient because business wants certainty.”

Ireland’s Ambassador to Japan, Anne Barrington, said while Brexit was not good news for Ireland overall, because of its relationship to Britain, the EU-Japan trade most certainly deal was.

“It’s very exciting,” she said. “We are saying: ‘If you’re an exporter, get yourself engaged at this point.’ More and more companies are interested in this market because they will have to diversify.”

She said business people in Japan were still confused about what the British want so they are planning for the worst-case scenario.

Previous ReneSola : Completes the Disposition of Manufacturing and LED Distribution Businesses and Related Liabilities
Next PDL Community Bancorp Announces Completion of the Reorganization of Ponce De Leon Federal Bank and its Stock Offering