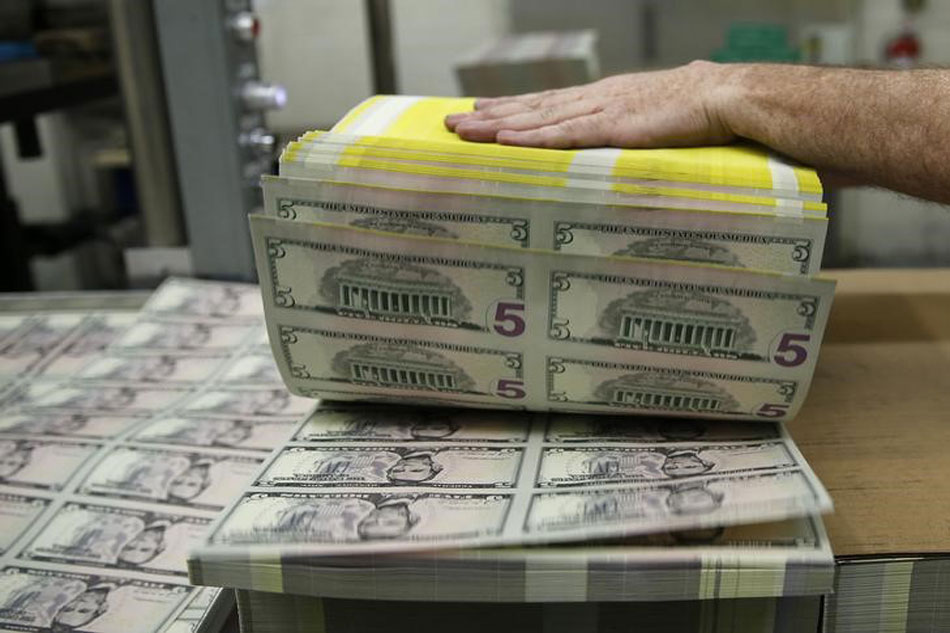 Sheets of former US President Abraham Lincoln on the five-dollar bill currency are fanned out at the Bureau of Engraving and Printing in Washington March 26, 2015. Gary Cameron, Reuters

SINGAPORE – The dollar hovered near a recent 13 1/2-year peak on Wednesday, taking a breather after surging on expectations that US interest rates will rise further than earlier anticipated due to prospects of increased fiscal stimulus under a Trump administration.

Data on Tuesday showed US home resales rose in October to their highest level in more than 9-1/2 years, helping to support the greenback.

Still, one factor that has blunted the dollar’s momentum this week is a pull-back in benchmark US 10-year Treasury yields from recent highs, said Satoshi Okagawa, senior global markets analyst for Sumitomo Mitsui Banking Corporation in Singapore.

“Bonds have settled down, and that’s a reason why dollar- buying hasn’t been so intense,” Okagawa said.

The greenback has gained broadly over the past couple of weeks, after Donald Trump’s win in the US presidential election.

The dollar has rallied on expectations that Trump’s incoming administration would boost fiscal spending, in turn elevating inflation and lifting US interest rates.

“Broadly speaking the reflation trade has taken a pause and you see that in U.S. Treasuries and the dollar as well,” said Lee Jin Yang, macro research analyst for Aberdeen Asset Management in Singapore.

“In terms of the next catalyst, it really boils down to how equities perform, and getting further clarity on Trump’s policies,” Lee added.

Against the yen, the dollar eased 0.1 percent to 111.06 yen in holiday-thinned trade, with Japanese markets closed on Wednesday for a public holiday.

On Tuesday the dollar had risen to as high as 111.36 yen, matching Monday’s peak, which was the greenback’s strongest level against the yen since late May.

The dollar’s rise to the near six-month high against the yen amounted to a gain of 10 percent from its Nov. 9 trough near 101 yen.

Later on Wednesday, focus will turn to US durable goods orders, as well as the minutes of the Fed’s November policy meeting.