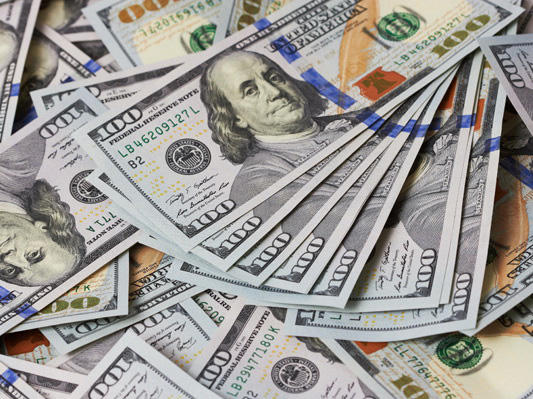 The U.S. dollar fell against a basket of currencies and slid against the euro on Wednesday in thin holiday trading, while a rally in commodity prices helped push the Canadian and Australian currencies to their highest levels in recent weeks, Reuters reports.

Traders said there was little news to support the euro’s rise, but some investors have positioned for a possible strengthening into the new year. In 2017 the euro had its best year against the greenback since 2003.

Oil prices surged to two and a half-year highs on Tuesday, boosted by news of an explosion on a Libyan crude pipeline as well as voluntary OPEC-led supply cuts. Copper prices on Wednesday rocketed to their highest in three and a half years.

That helped support demand for the currencies of commodity exporting countries, with the Canadian dollar touching C$1.2628 CAD=D3, close to its highest level since October.

The U.S. dollar, measured against a basket of major currencies, was down 0.25 percent .DXY.

“There are very few events to drive anything today,” said Christin Tuxen, an FX strategist at Danske Bank, adding that the passage of the U.S. government’s landmark tax reform last week was not helping the dollar. “For most people it’s not going to be this dollar-supportive event.”

Tuxen said euro-U.S. dollar trading in December had been driven by volatility in Euro/dollar cross-currency basis swaps, which widened significantly earlier this month as demand for dollars jumped.

Monetary policy convergence could weigh on the dollar next year, now that central banks other than the U.S. Federal Reserve have either begun moving away from monetary stimulus, or started to raise interest rates, said Peter Chia, FX strategist for United Overseas Bank in Singapore.

Against this backdrop, Japanese policymakers may at least start dropping more hints about an eventual tightening of the Bank of Japan’s monetary policy, Chia said, adding that the dollar could slip to 108 yen by the end of March.

“I think that policymakers in Japan want to prepare markets way ahead for some policy change … The signaling process could be on a higher intensity next year,” he said, adding that actual BOJ policy-tightening might occur only in 2019.

Bitcoin rose marginally to about $15,854 BTC=BTSP on the Luxembourg-based Bitstamp exchange, putting it about 14 percent up this week, after last week suffering its biggest weekly drop since 2013.

Previous Kids genre grows on TV despite digital onslaught
Next Airbus ready to axe A380 if it fails to win Emirates deal: sources