A US software firm which chose Singapore for the world’s first public trial of driverless taxis hopes to be operating in 10 Asian and US cities by 2020, an executive said Monday.

Doug Parker, nuTonomy’s chief operating officer, said the firm is eyeing tests by early next year in three other Asian countries which he declined to name.

He said an announcement of the test venues would be made within the next month or so. 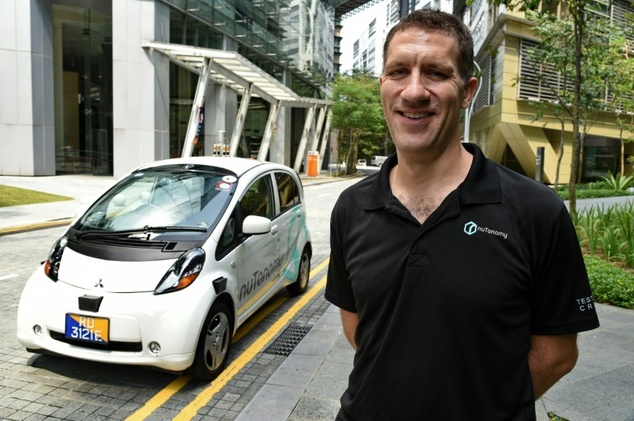 Doug Parker, COO of nuTonomy, the developer of the software for driverless taxis, pictured alongside one of the vehicles during an interview with AFP reporter in Singapore on August 29, 2016 ©Roslan Rahman (AFP)

The company last week kicked off the world’s first driverless taxi service in a limited trial for invited people in a Singapore research campus.

Parker, 41, said nuTonomy was also considering trials in the Middle East, the United States and Britain.

More than a dozen people in Singapore have already experienced a ride in the ‘robo-taxi’ within the confines of one-north, an enclave of technology and science research institutes outside the central business district.

‘I think people are pretty excited that the car is driving itself. I would say they start apprehensive and scared but by the second block they start to enjoy it,’ Parker said.

The company says dozens have signed up for the launch, and it plans to expand that list to thousands of people within a few months.

Trips must be booked through the company’s smartphone app and are currently by invitation only. 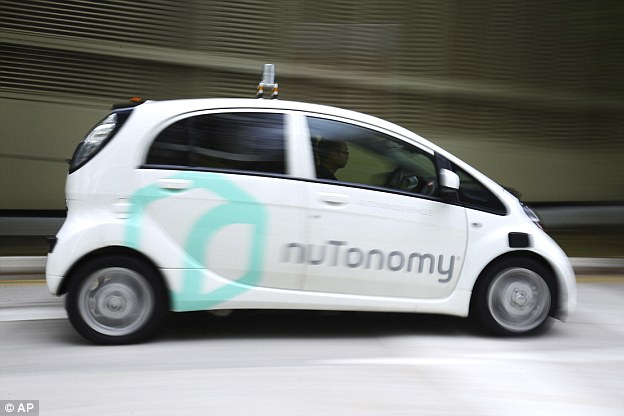 The cars can be hailed using a smartphone app but are currently only operating (pictured) within a small area of Singapore known as one north. The company says dozens of people have already signed up to the service but hopes that will expand within a few months

Each car is fitted with six sets of Lidar – a detection system that uses lasers to operate like radar – including one that constantly spins on the roof.

There are also two cameras on the dashboard to scan for obstacles and detect changes in traffic lights.

Trips must be booked through the company’s smartphone app and are currently by invitation only.

Five other test cars – Renault Zoes – will be added to the fleet next month.

Data from the experiment will feed into the rollout of driverless taxis across Singapore in 2018, said Parker, adding that by 2020 ‘we would like to be in 10 cities in Asia, the United States and maybe Europe’.

He also said a number of real-estate developers from Asia and the United States have contacted the company ‘about how they can use autonomous cars in their eco-friendly communities’.

Parker said the vehicle, equipped with sophisticated laser, radar and cameras, has so far experienced navigating among buses, slowing down at pedestrian lanes and adjusting to unplanned street scenes.

‘One day we pulled out of here and literally five buses of schoolchildren pulled up on this very narrow street. And the buses were trading positions,’ he said 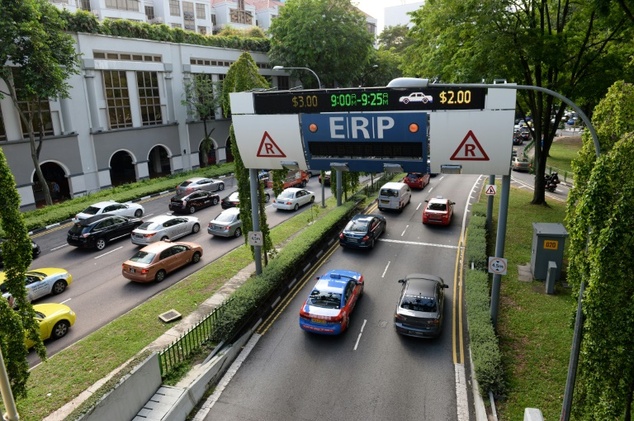 Data from an experiment with driverless taxis in Singapore will feed into the roll-out of the vehicles across the city-state in 2018, said US-based tech start-up nuTonomy ©Roslan Rahman (AFP/File)

Parker said nuTonomy chose Singapore for the public tests rather than Silicon Valley because of the presence of a ‘loyal technical talent’ – including people with doctorates in robotics – whom it does not have to share with other companies like Ford and Apple.

The company also has the full support of the Singapore government and the city-state’s flat terrain, well-marked roads and disciplined drivers make it well suited for driverless cars, Parker said.