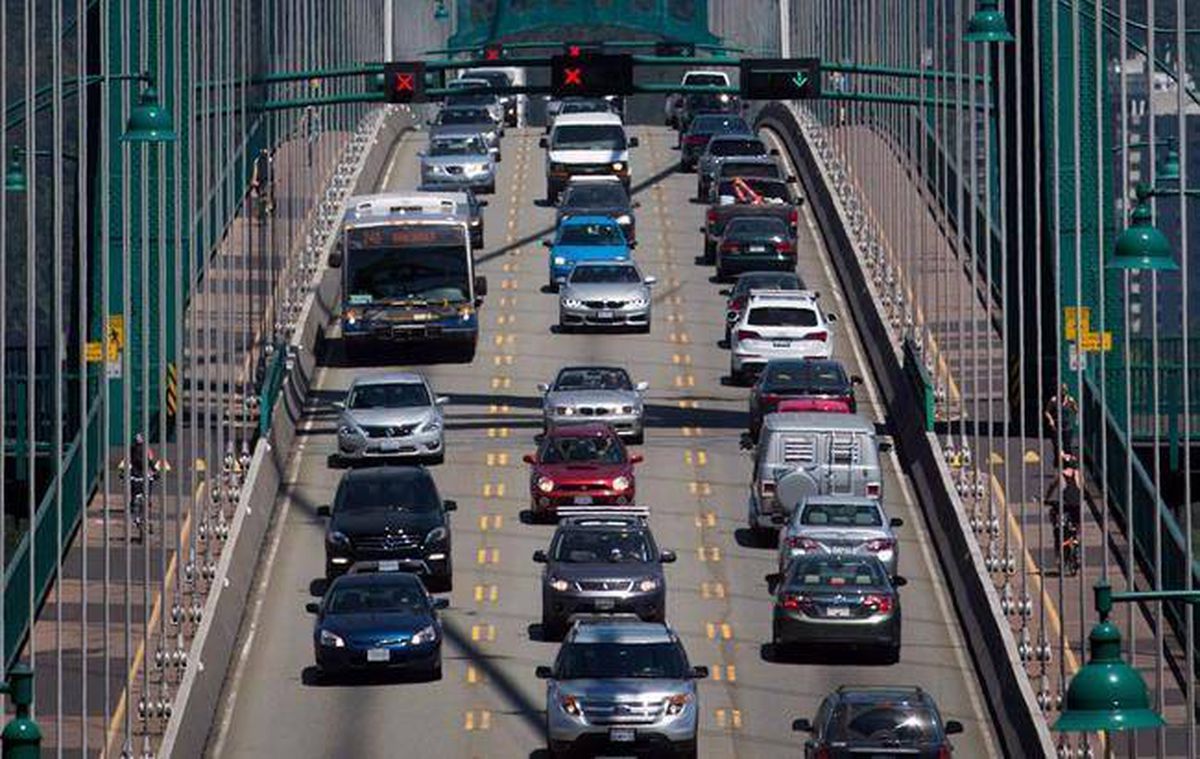 Drivers in the Lower Mainland could find themselves paying something akin to tolls on some roadways if the recommendations of a commission formed to examine ways to fund new transit projects and reduce congestion are approved.

One of the New Democratic Party’s first acts in government was to eliminate the tolls on the Port Mann and Golden Ears bridges, fulfilling a hugely popular election promise that will cost the government $132-million this fiscal year.

But an interim report by the commission, created last summer, concluded that the two best options for the region are “congestion-point” charges or billing drivers on the basis of distance driven combined with time and location factors.

“We did an assessment and we narrowed it down to two approaches we want to continue to study,” said Allan Seckel, a former deputy minister who is the commission chair.

The solutions are sure to raise questions about what technology would be used to track vehicles, as well as privacy and fairness.

The commission also looked at mechanisms such as vehicle levies, a per-stall parking levy and distance-based vehicle insurance, but rejected those options – eight in all – on the grounds that they might bring in money, but would not necessarily help alter drivers’ behaviour and take more cars off the road.

“The vehicle levy is good at raising revenue, but it’s not good for reducing congestion,” said the commission’s executive director, Daniel Firth.

Cities around the world are using congestion charges. London, for example, charges drivers $19.20 (Cdn) if they cross a boundary into the central city between 7 a.m. and 6 p.m. on weekdays. In Singapore, drivers are charged from nothing to $2.80 (Cdn) if they pass a charging station in the central business district, depending on the time of day.

The report did not provide any examples of cities that use charging points rather than having a boundary around the central area.

Mr. Seckel and Mr. Firth emphasized that the charge points would not necessarily be on bridges or in a cordon around Vancouver’s downtown, but could be anywhere congestion occurs, for example on a major east-west route through North Vancouver.

The report also noted that, although a system of charging by distance combined with time and location would be theoretically ideal, no city is currently using something like that.

Mr. Firth said Singapore is about to try a distance-time-location system and the commission wanted to keep that option open, rather than restricting choices to what current technology allows.

The mayors’ 10-year plan envisions a mobility-pricing system by 2021.

Mr. Firth and Mr. Seckel acknowledged that the road-charging systems being contemplated raise privacy issues. A congestion-point system would be somewhat less invasive, because it would track only whether a vehicle passed a charge station.

But, Mr. Seckel said, he knows that would still be a worry for some.

“It’s a significant issue,” he said. “The final report will address privacy concerns.”

He said the commission is also still struggling with how to handle some fairness issues.

Many of the 6,000 people who participated in the commission’s first phase of consultation said they don’t think it is fair to charge extra fees to drivers who do not live near transit options. They also indicated they did not think a system that would make people pay extra for driving big vehicles that are not energy-efficient was fair either.

However, not charging those people extra fees would reward choosing to live far from transit or to buy large, inefficient vehicles.

“It’s one of the difficult issues that lies ahead for us,” said Mr. Seckel.

The report noted that congestion charges would not necessarily take hundreds of cars off the road. Other cities haven’t seen that. But they have seen just enough people change their patterns to reduce congestion significantly.

Research also found that people tend to oppose congestion charges just before they are put in place, but then change their minds as they see positive results.