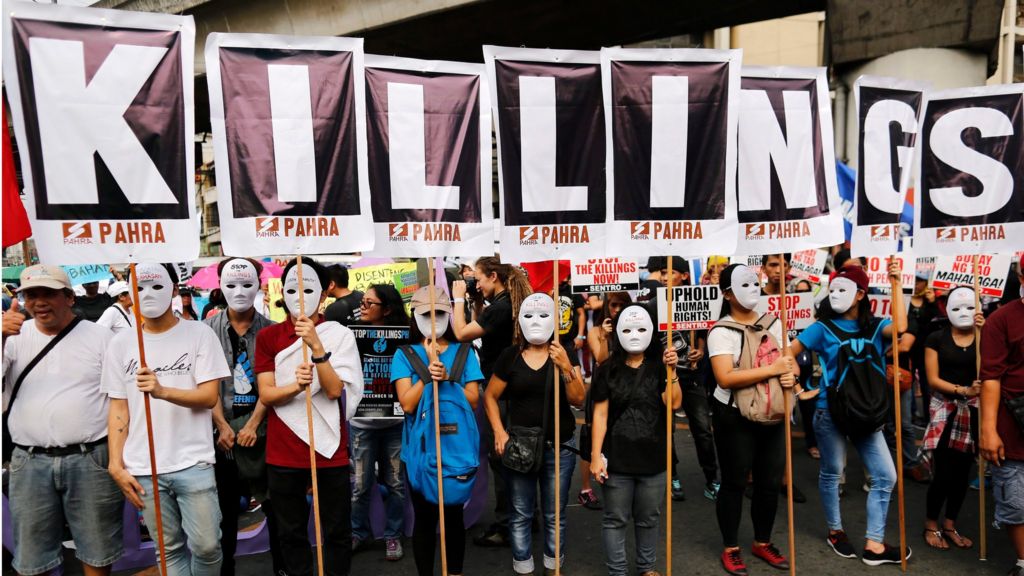 It is the first such admission he has made since becoming president in June, but echoes comments he made in 2015.

He ran the southern city for two decades, earning a reputation for cutting crime, and criticism for allegedly supporting death squads.

Mr Duterte was speaking to business leaders at the presidential palace on Monday, before an overseas trip.

It is the latest in a series of controversial and sometimes contradictory comments by Mr Duterte.

“In Davao I used to do it personally. Just to show to the guys [police] that if I can do it why can’t you,” he said.

“And I’d go around in Davao with a motorcycle, with a big bike around, and I would just patrol the streets, looking for trouble also. I was really looking for a confrontation so I could kill.”

It echoed comments he made in 2015, when he admitted killing at least three men suspected of kidnapping and rape in Davao.

But just hours before his latest remarks, he insisted “I am not a killer”, in a speech for The Outstanding Filipino Awards 2016. He has also previously both acknowledged and denied being involved with death squads.

In September a Senate inquiry heard testimony from a self-confessed former death squad member that Mr Duterte had, while serving as Davao mayor, shot dead a justice department agent with an Uzi submachine gun.

Nearly 6,000 people are said to have been killed by police, vigilantes and mercenaries since Mr Duterte launched his drug war after being elected in May. He has expressed few regrets about the policy, once saying: “Hitler massacred three million Jews… There’s three million drug addicts. I’d be happy to slaughter them.”

Mr Duterte has repeatedly said he does not care about human rights and has suggested that lawyers defending drug suspects might also be targeted in his campaign, says the BBC’s Jonathan Head.

Some human rights lawyers believe the outspoken president’s open support for a shoot-to-kill policy by the police could make him vulnerable to prosecution for crimes against humanity at the international court.