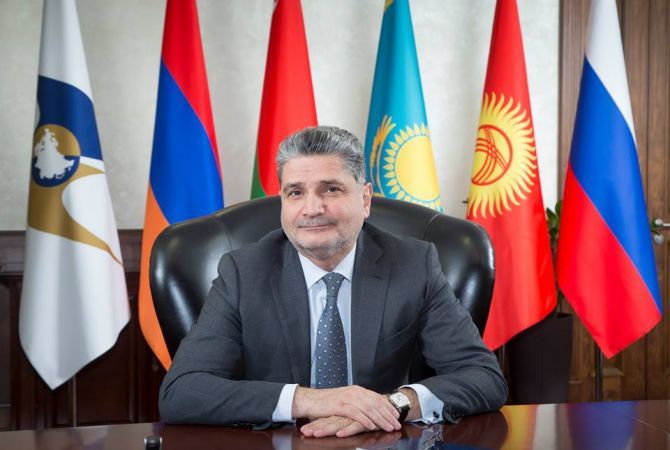 YEREVAN, APRIL 14, ARMENPRESS. Eurasian Economic Commission (EEC) Board Chairman Tigran Sargsyan presented a report to the Presidents of the EAEU member states during the Supreme Eurasian Economic Council session on the works aimed at strengthening economic relations with third countries, regional and international organization during the period of 2015-2016.

“Armenpress” reports Tigran Sargsyan stressed that in the sidelines of the international agenda the Commission holds negotiations with key partners, taking into account the business interests of the EAEU member states.

In 2017 the EEC plans to focus on works aimed at reaching some agreements with 7-8 countries, including China, Singapore, Israel, Egypt and Iran. Based on the negotiations results agreements will be signed, defining various privileged trade conditions, including creation of free trade zones.