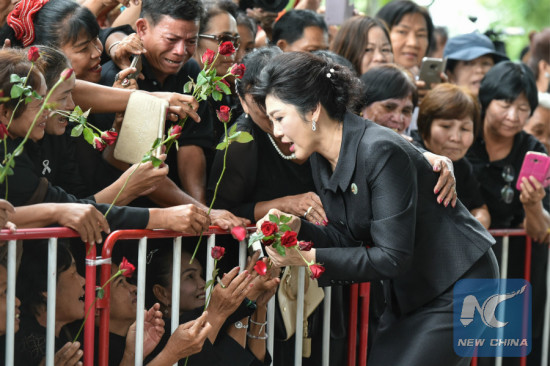 Yingluck’s escape came just two days before a Thai court is due to deliver a verdict over her case of rice subsidies, CNN quoted “a highly-placed source” in Yinluck’s Pheu Thai party as saying on Friday.

She allegedly escaped on Aug. 23 with her 15-year-old son over Singapore and flew from there directly to Dubai, CNN said.

There was yet no official comment available from the UAE or by the UAE’s state media about the CNN report.

In the past, the UAE had been the destination for several politicians seeking refuge.

In 2003, shortly after a U.S.-led coalition toppled the Iraqi regime under Saddam Hussein, his former Minister of Information Muhammad Al-Sahaf, known as “Baghdad Bob” or “Comical Ali,” fled to the UAE capital Abu Dhabi.

Pakistan’s former Prime Minister Benazir Bhutto relocated to Dubai after she lost elections in 1997, where she resided with her family until her return to her country in 2007.

Previous Adani firm moves Singapore court in attempt to block information to DRI
Next What hope is there for humanity in a nuclear age? The answer must be: none