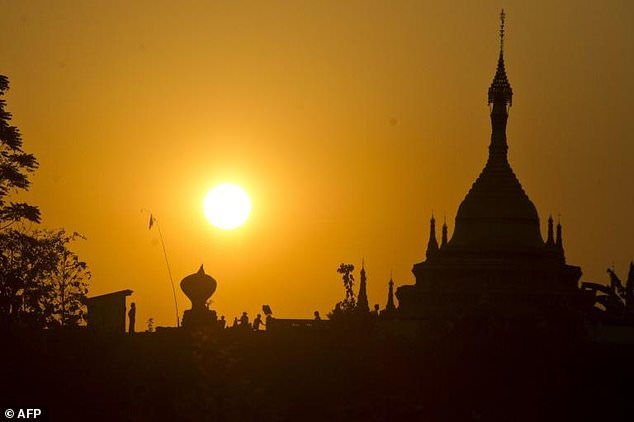 Foreign and local journalists jailed for flying a drone near Myanmar’s parliament could be released from prison in early January after police dropped additional charges that carried at least three more years behind bars, their lawyers said Tuesday.

Lau Hon Meng from Singapore and Mok Choy Lin from Malaysia, who were on assignment for Turkish state broadcaster TRT, were detained late October along with Myanmar journalist Aung Naing Soe and driver Hla Tin while shooting a documentary in the capital Naypyidaw.

Expecting to receive a fine, they confessed to flying the drone but were instead sentenced to two months in jail under Myanmar’s aircraft act.

They faced an additional three years after being accused of violating Myanmar’s import-export law, while the two foreign journalists were also charged with immigration offences that carried a maximum five-year prison term.

The judge is now expected to dismiss the case at the next hearing on Thursday, which would allow the journalists to be released in early January when they complete their initial two-month sentence.

“The outlook is good,” Aung Myo Kyaw, the lawyer for Mok Choy Lin, told AFP when asked whether the journalists would be released soon.

Turkish President Recep Tayyip Erdogan has led some of the sharpest international criticism of the crisis, which has forced some 655,000 Rohingya to flee across the border to Bangladesh since late August.

TRT has not confirmed the subject of the documentary but said the reporters told Myanmar’s Ministry of Information about their filming plans in advance.

Their arrests also sparked alarm over deteriorating press freedom in Myanmar, where two local journalists working for Reuters have been held incommunicado for two weeks after they were arrested for allegedly possessing classified documents.

Wa Lone and Kyaw Soe Oo have not been allowed any contact with families, lawyers or colleagues and could face a maximum sentence of 14 years in jail if convicted.

Rights groups say both cases highlight a backsliding of press freedom under civilian leader Aung San Suu Kyi, who came to power in 2016 after decades of outright military rule.

At least 11 reporters have been arrested in 2017, while dozens of other online defamation cases are still pending.

Activists say Myanmar’s rich and powerful are increasingly using the country’s defamation laws to muzzle the media and civil society.