He said he was a fool for love.

Andy (not his real name) felt that his former wife, a Chinese national five years his senior, married him only to become a Singapore permanent resident (PR).

A 31-year-old engineer, he met her through friends. She, a teacher, was sweet and loving during their year-long courtship.

But things changed the minute they registered their marriage two years ago. She did not show up for their wedding reception that night, saying she had to rush back to China as there was an accident at home.

When she returned two months later, she gave excuses not to consummate the marriage and would often not be home for days on end.

After she became a Singapore PR, she told Andy that she would not sleep with him as he was “fat and smelly”.

Now, he has had enough.

He told The Sunday Times: “When I decided to divorce her, she told me that if I can apply for citizenship for her, she would not ask me for alimony.”

Such horror tales of foreign brides with apparent ulterior motives are making some men think twice before jumping into matrimony with a foreigner they hardly know, said marriage solemnizers and counselors.

Last year, 4,828 Singaporean men wed a non-resident bride – the lowest number of such pairings in the past decade. It is 14 percent lower than the peak of 5,611 in 2005. These marriages comprised 17 percent of all marriages last year, down from 24 percent in 2005.

Last year, over nine in 10 of these non-citizen brides were from Asia.

Those interviewed said most of the brides are from developing countries in the region such as China, Malaysia, Indonesia, Thailand and Vietnam.

These women, usually in their 20s and 30s, are often introduced to their Singapore husbands – who tend to be older, more blue-collar and may have had difficulty finding love at home – through friends or matchmaking agencies. Others met when one partner worked abroad or in Singapore.

But the trend for such unions started to wane last year. Those interviewed offer varying reasons.

Besides the less-than-idyllic experiences of some couples, another factor is the measures taken by the Government. Two years ago, it introduced marriage preparation classes for those entering transnational marriages.

Marriage counselors said that though few in number, they have seen couples who did not go ahead with their wedding after attending the classes.

Eileen Su, head of the Care Corner Family Journey program that helps transnational couples, said: “Some people realized they should not jump into marriage and expect to live happily ever after.”

Through this, couples have a clearer picture of their partners’ backgrounds, such as details of their marital histories, incomes and health records which they have to declare.

It also gives them a better idea, even before the wedding, as to whether the foreign spouse can qualify for permanent residency or even a long-term visit pass in Singapore.

This “reality check” has put some marriage plans on the back burner, those interviewed said.

Added Francis Toh, boss of First Overseas International Matchmaker: “News of some Vietnamese wives running away shortly after marriage also does not help.”

The ICA crackdown on sham marriages in the past few years could also have deterred some foreigners from entering into marriages of convenience, where they pay a Singaporean man to marry them so that they can stay here, said criminal lawyer Jennifer Lim, who volunteers as a marriage solemnizer.

In the past three years, more than 500 people have been convicted for entering into a sham marriage.

Despite all that, counselors point out, many men are still happily married to their foreign brides.

Take, for example, Singaporean Ken Lai, 49, who wed Chinese national Xu Xueling, 26, two years ago. The couple met when Xu was working here as a sales promoter. They dated for about three years.

Lai, an Uber driver, said they get along well and make it a point to go on dates, although obtaining PR status for his wife, a work permit holder, remains a worry. Her first application was rejected.

“My wife is still young, so I give in to her quite a bit. When she does something wrong, I will explain to her what I am unhappy about as well,” he said. 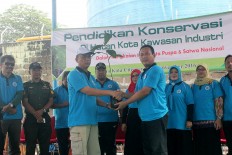 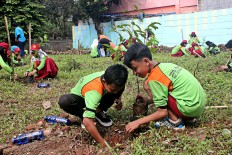 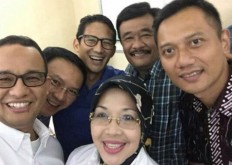 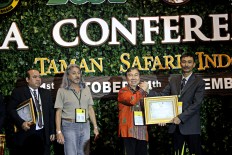