Nirav Modi jewellery has been worn to the Oscars too! Even in a sea of black, actress Dakota Johnson’s Gucci gown managed to stand out at the Golden Globes.

Fuss free on the front, barring a sparkling buckle, the gown made a statement with the striking sequined bow at the back. And for the perfect accessories, the Fifty Shades of Grey star — who is styled by Kate Young — reached out across continents to Indian jewellery designer Nirav Modi. Johnson, who was a presenter at the awards, chose earrings and bangles from the Nirav Modi Luminance collection.

The ‘cascade earrings’ Johnson chose, they said, have a ‘different diamond shapes meticulously positioned to reflect distinctive plays of light.’ 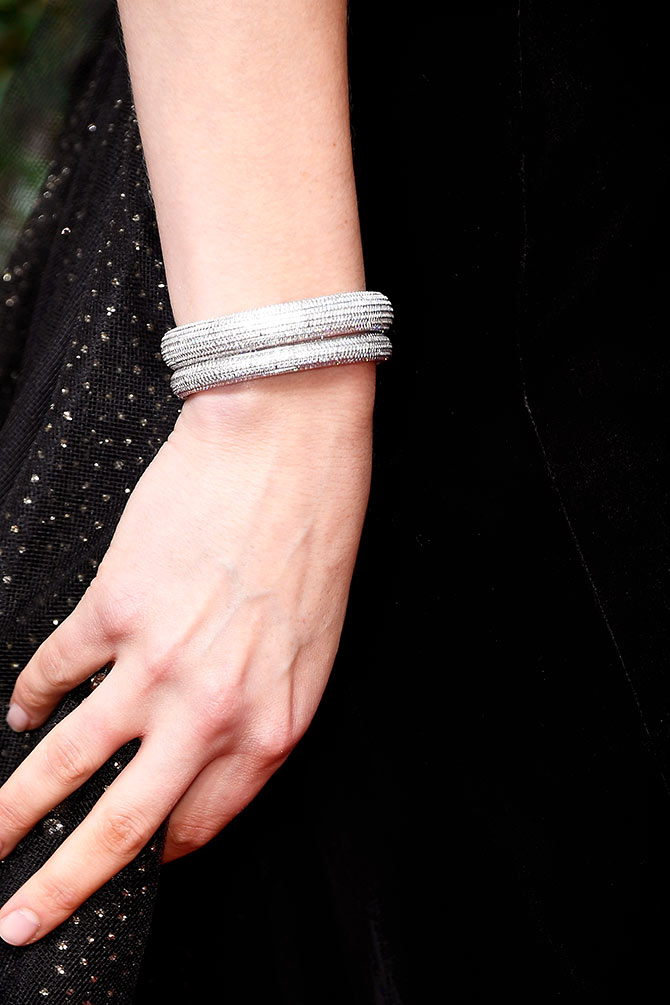 The designer said in a statement, ‘Beautiful when worn alone, it [the ’embrace bangle’] can be stacked with multiple other embrace bangles of different widths and gold colors for a grand look.’