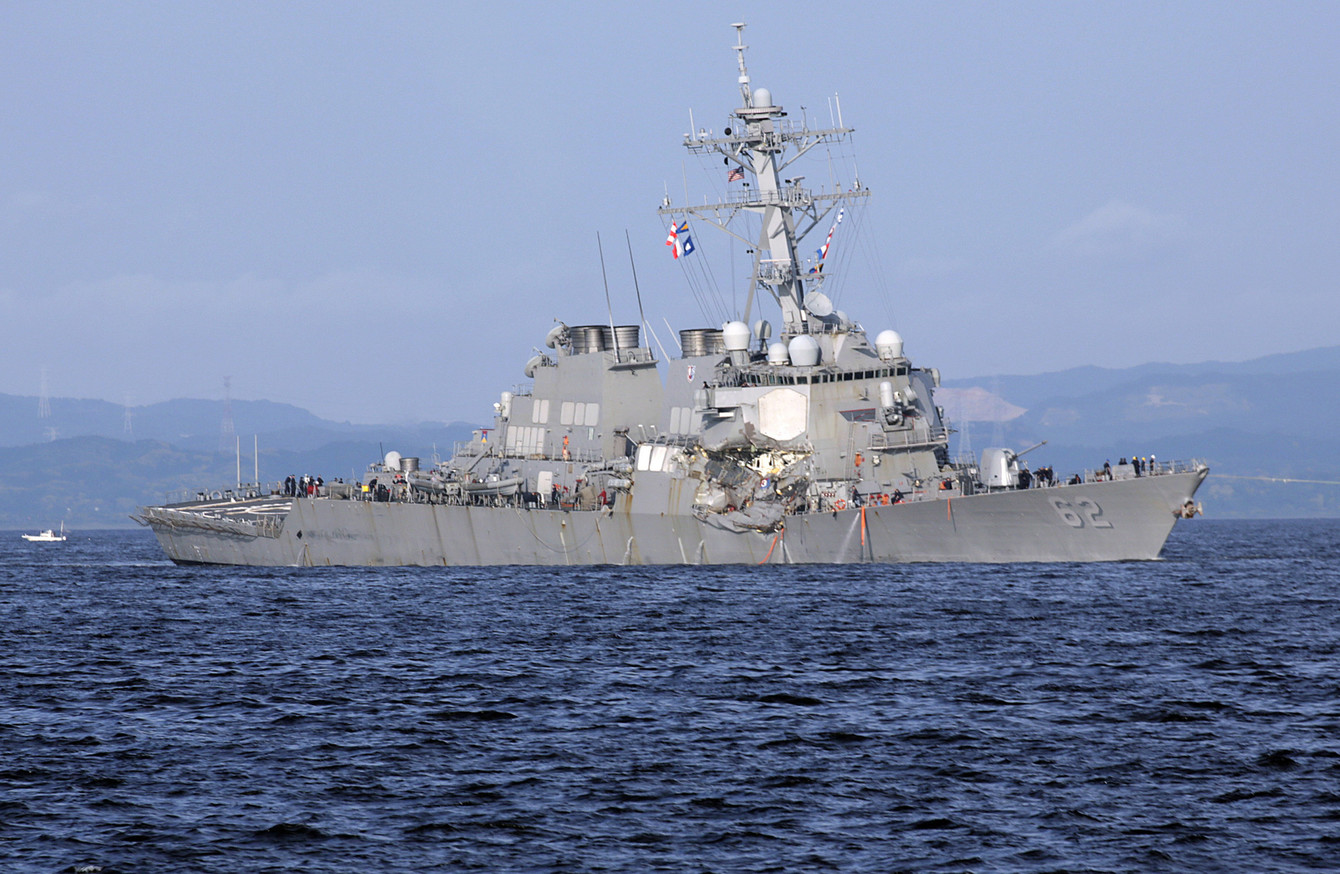 The damaged USS Fitzgerald near the U.S. Naval base in Yokosuka, southwest of Tokyo.
Image: Eugene Hoshiko via AP 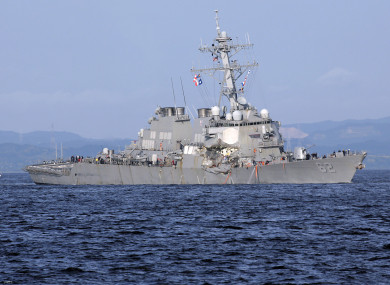 The damaged USS Fitzgerald near the U.S. Naval base in Yokosuka, southwest of Tokyo.
Image: Eugene Hoshiko via AP

THE COMMANDER OF the US Navy’s Seventh Fleet will be relieved of his duty following a deadly collision between a destroyer and a merchant’s vessel, the latest in a spate of similar accidents, a defense official has said.

The decision to remove Vice Admiral Joseph Aucoin from the post in Japan comes as the Navy is undertaking a fleet-wide global investigation in the wake of the incident Monday involving the USS John S McCain which left 10 sailors missing and five injured.

It was the second fatal collision in two months – coming after the USS Fitzgerald collided with a Philippine-flagged cargo ship off Japan in June, leaving seven sailors dead – and the fourth accident in the Pacific this year involving an American warship.

The incidents have sparked concern that the US Navy could be overstretched in East Asia – both ships belonged to the Seventh Fleet – as it tackles China’s rising assertiveness and North Korea’s nuclear ambitions.

The latest accident happened before dawn in busy shipping lanes around the Strait of Singapore and sent water flooding into the vessel.

A massive search involving planes and aircraft was launched and US Navy divers joined the hunt yesterday, scouring the ship’s flooded compartments.

Divers have found remains of some of the sailors, Admiral Scott Swift, commander of the US Pacific Fleet, said.

The McCain had been heading for a routine stop in Singapore after carrying out a “freedom of navigation operation” in the disputed South China Sea earlier in August, sparking a furious response from Beijing.

On Monday, the Chief of US Naval Operations Admiral John Richardson ordered commanders within a week to set aside time, perhaps “one or two days,” for crews to sit down together for discussions.

A “comprehensive review” of practices would also begin.

The admiral did not rule out some kind of outside interference or a cyber-attack being behind the latest collision but said he did not want to prejudge the inquiry. His broader remarks suggested a focus on “how we do business on the bridge”.