Dozens of flights were cancelled at Beijing’s main airport and roads were jammed with slow-moving vehicles, as the Chinese capital gears up for its coldest spell in 30 years this week.

A cold front sweeping through northern parts of China brought on the first snow of the season and sent the mercury plunging by 10 Celcius degrees overnight to minus 9 Celcius degrees Monday morning, Chinese news reports said.

More than 80 flights leaving from and arriving at the Beijing Capital International Airport were cancelled Monday owing to the cold weather.

Most were domestic flights, while several were bound for the United States.

Flights from or bound for Singapore were operating as scheduled, according to Changi Airport’s website.

Some sections of the highway linking central Beijing to the suburbs have been closed owing to icy roads, the daily said.

Traffic in the city of 22 million people was more congested than usual as motorists drove slower on snow-dusted roads.

“It took me more than an hour to get to work today, when usually the commute takes only 30 minutes,” Beijing resident Li Tianming was quoted as saying in a report on China.com.

The report said night-time temperatures may drop to minus 11 Celcius degrees between Tuesday and Thursday, setting a record low.

The Beijing authorities had dispatched 1,506 snow-clearing vehicles and more than 23,000 workers to clean up the roads as of 10 a.m. Monday, Xinhua news agency reported.

As the cold front moves south, the central and eastern provinces, including Shaanxi, Henan, Anhui, Hubei and Hunan, are also forecast to experience a sharp drop in temperatures – up to 16 deg C in some areas, the South China Morning Post said.

It cited Mr Zhou Bing, chief engineer at the National Climate Centre, as attributing the rare temperature fluctuations to a combination of La Nina and global climate change.

La Nina refers to the phenomenon of cooler-than-normal ocean surface temperatures in the eastern and central Pacific Ocean – regions close to the Equator, off the west coast of South America.

In some parts of the world, La Nina causes increased rainfall, while in other regions it can cause extreme dry conditions. 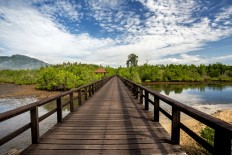 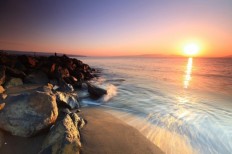 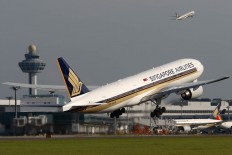