Vehicles laden with food, face masks and bedding have been sent to help more than 75,000 people who have fled a volcano on the tourist island of Bali, as the Indonesian president flew in to visit crowded aid centres.

Mount Agung, 75km from the resort hub of Kuta, has been rumbling since August and threatening to erupt for the first time since 1963.

Increasingly frequent tremors show the molten magma is still rising towards the surface, with the mountain entering a “critical phase”, said the National Agency for Disaster Management.

It said the number fleeing their homes had increased as fears grow that the mountain could blow. 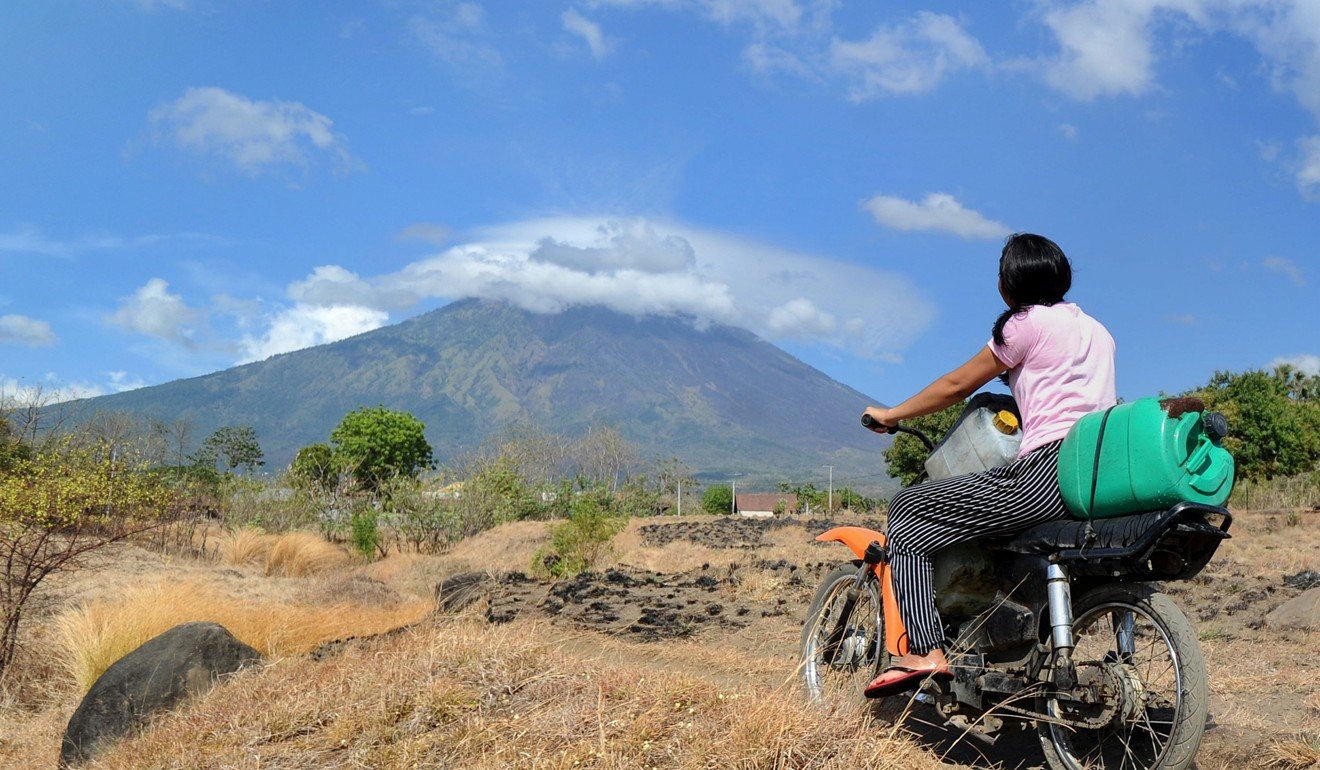 Around 62,000 people lived in the danger zone before the evacuations, according to the agency, but residents just outside the area have also left as a precaution.

“The number is expected to continue to rise,” Nugroho said. 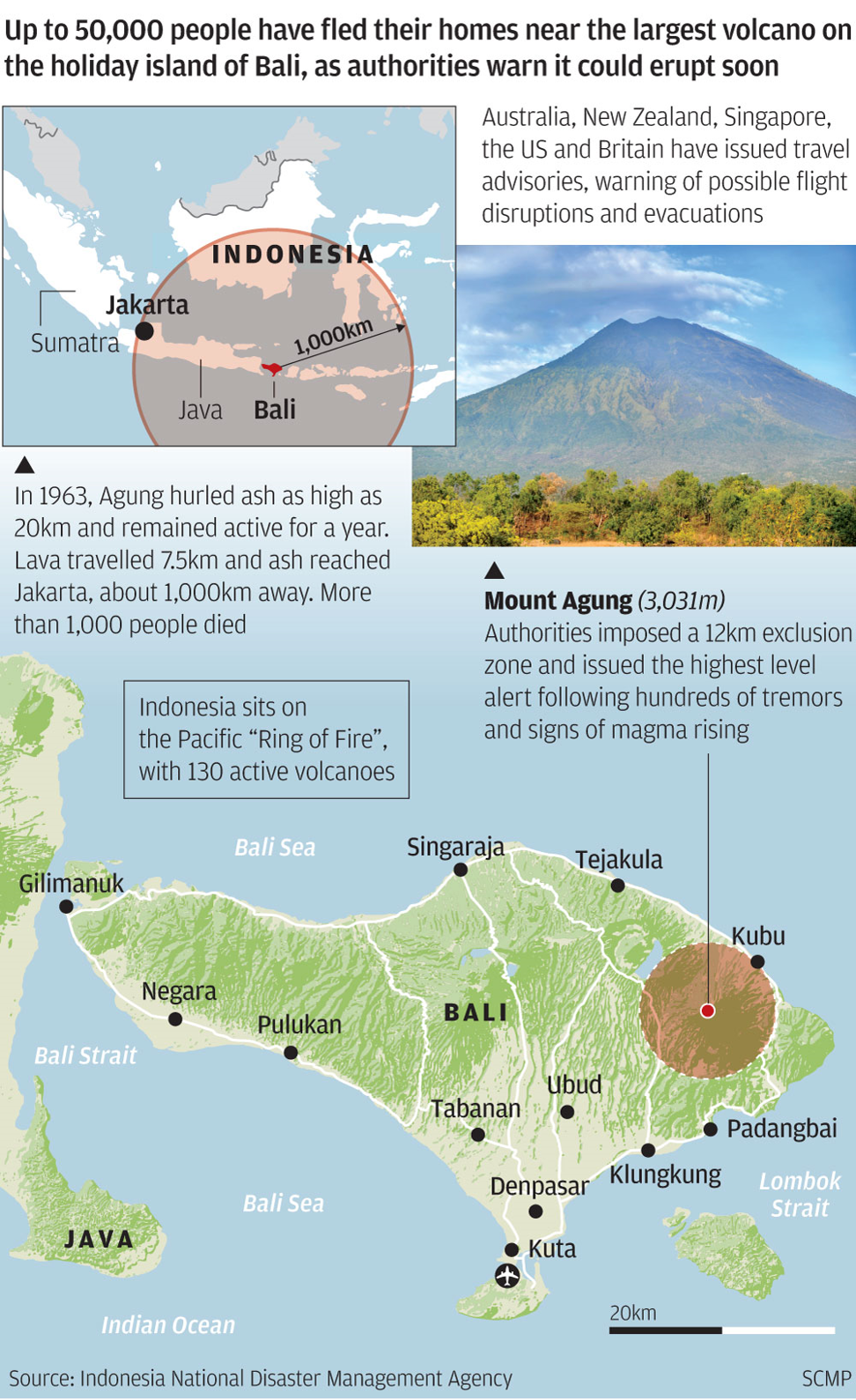 The Indonesian Centre for Volcanology and Geological Hazard Mitigation said there has been an increase in volcanic tremors, with a total of 564 recorded on Monday.

Evacuees have packed into temporary shelters or moved in with relatives. Some 2,000 cows have also been evacuated from the flanks of the volcano.

Speaking in Klungkung district, President Joko Widodo told evacuees the government would do its best to reduce economic losses incurred during the evacuation. “While the government will continue to try to minimise the economic losses of the community, the most important priority is the safety of the people here,” Widodo told reporters.

“It is not easy to handle a volcanic eruption because there is no certainty when it’s going to happen, or if it’s going to happen at all,” he said. “I ask everybody near Gunung Agung to listen to the officials, the governor, and the mayor’s instruction so we can all minimise the impact of this volcano.” 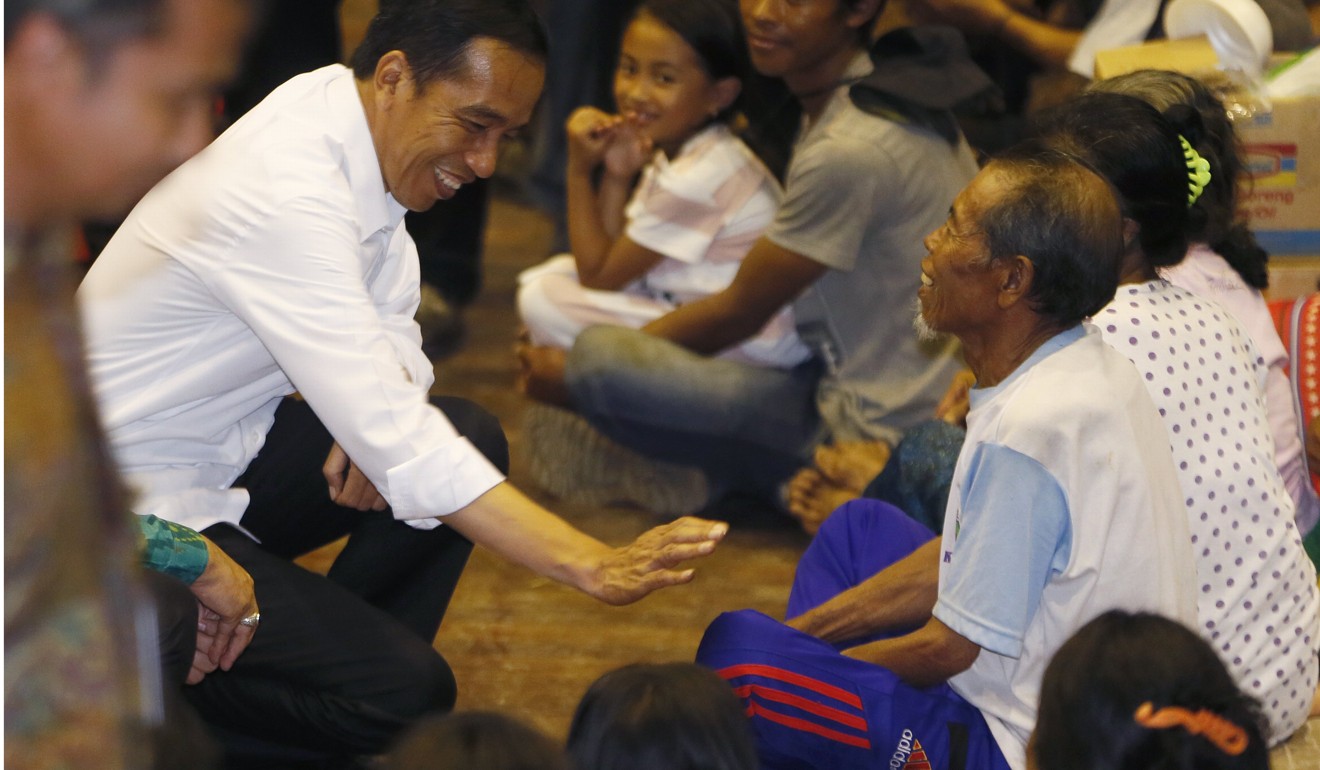 Vehicles loaded with noodles, mineral water and blankets have been sent to the evacuation centres, while residents around the island have been collecting donations.

Bali’s “sister village” programme and tradition of communal help means evacuees have been able to stay in villages outside the danger zone.

I Ketut Subandi, head of logistics at the village of Tana Ampo, said basic food items like rice, instant noodles, cooking oil and water were needed most. 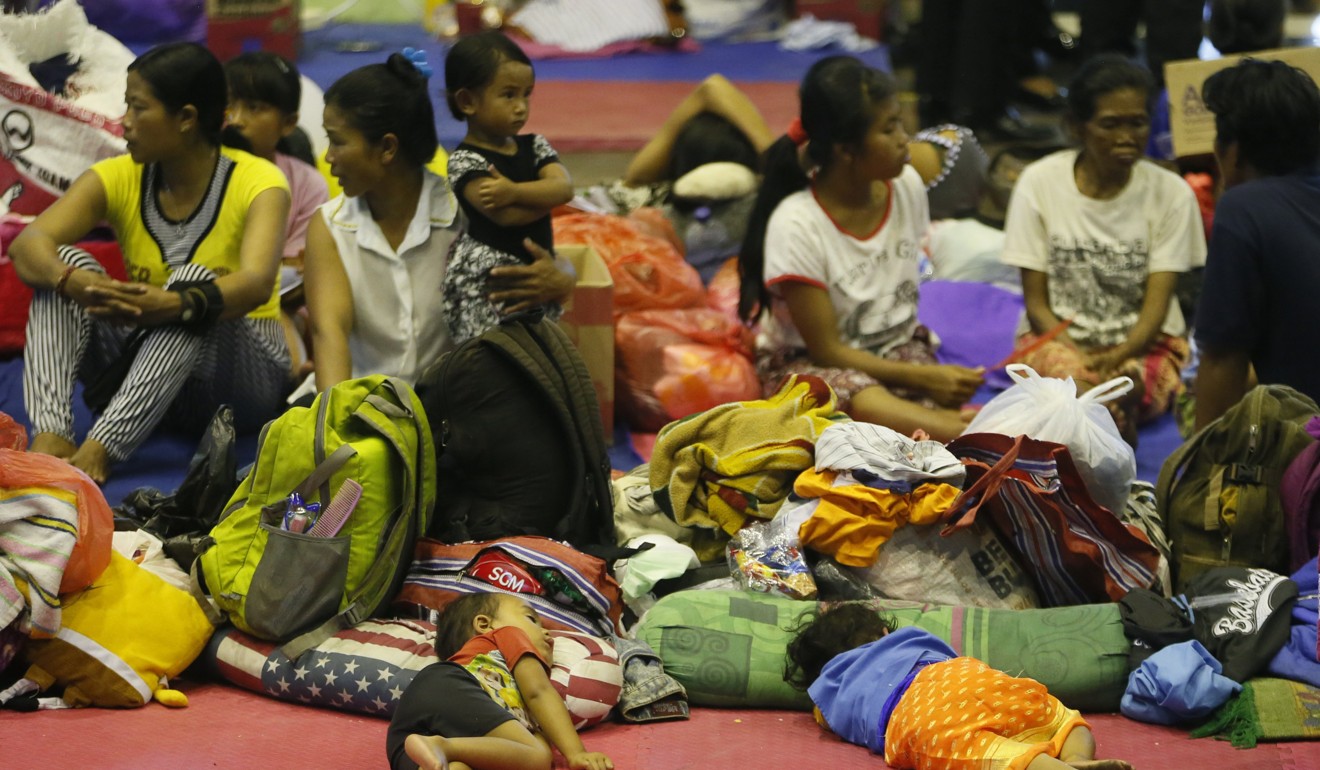 “This morning we were worried because we had limited rice supply, but now we have received more rice stocks from donors,” Subandi said.

Indonesia’s disaster agency has sent 640,000 face masks, 12,500 mattresses, 8,400 blankets and 50 tents. The central government has a relief fund totalling nearly US$150 million to meet the cost of natural disasters, which could be tapped in case of an eruption.

Officials announced the highest possible alert level on Friday because of the increasing volcanic activity and warned people to stay at least 9km away from the crater. 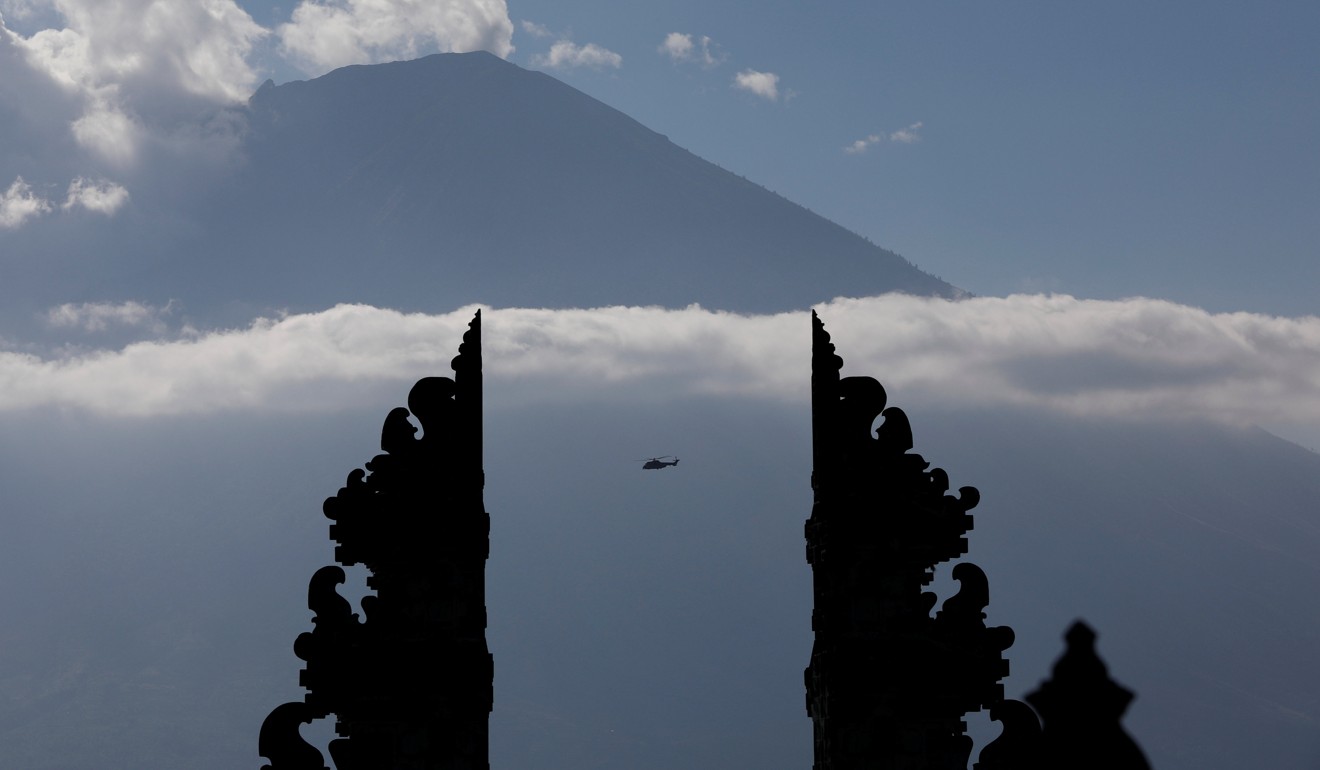 Operators have cancelled trekking tours on the mountain but officials have otherwise been at pains to assure tourists the island is safe.

The airport in Bali’s capital Denpasar, through which millions of foreign tourists pass every year, has not been affected, but several countries including Australia and Singapore have issued a travel advisory.

Mount Agung is one of more than 120 active volcanoes extending the length of Indonesia, which straddles the Pacific “Ring of Fire”.

It last erupted in 1963, killing nearly 1,600 people and sending ash as far as the capital Jakarta.