In a digital era when you can easily store and delete pictures by just pressing a few buttons on your computer, smartphone or digital camera, a photography enthusiasthas opted for a rather old-fashioned method of documenting his life, and those of others.

To former auditor and finance analyst Wel Sun Wai-hong, print is not a dying media form. In fact, he found the style so appealing that he left his job to start up a photo printing business.

The 32-year-old Sun has had a love affair with photography since he received a DSLR camera during his years in university.

But his passion for print in particular was sparked several years ago – during a regular cleaning of his room.

“I found piles of old family photos under my bed. I couldn’t stop flipping through them and looking at them one by one. Then I realised photo prints are actually more meaningful and valuable than those taken on a digital device because of their scarcity,” the co-founder of technology start-up Elabs said.

In early 2016, the company launched a project called Ciderbook, which offers printing services for Instagram users who want to create a photo book out of their digital pictures.

Sun said he believed that a series of photos, and not just one, was necessary to tell the story of someone’s life.

“Only one picture is not enough so we wanted to make a photo book that could reflect someone’s life within a certain period,” Sun said.

“We chose Instagram because it’s a photo-oriented platform. When I studied it more, I understood young people or celebrities share their daily lives through it. Basically, it’s their diary.”

Sun said that he was surprised by the number of orders received since the project’s launch, as he initially thought photo printing was going through a downtrend. 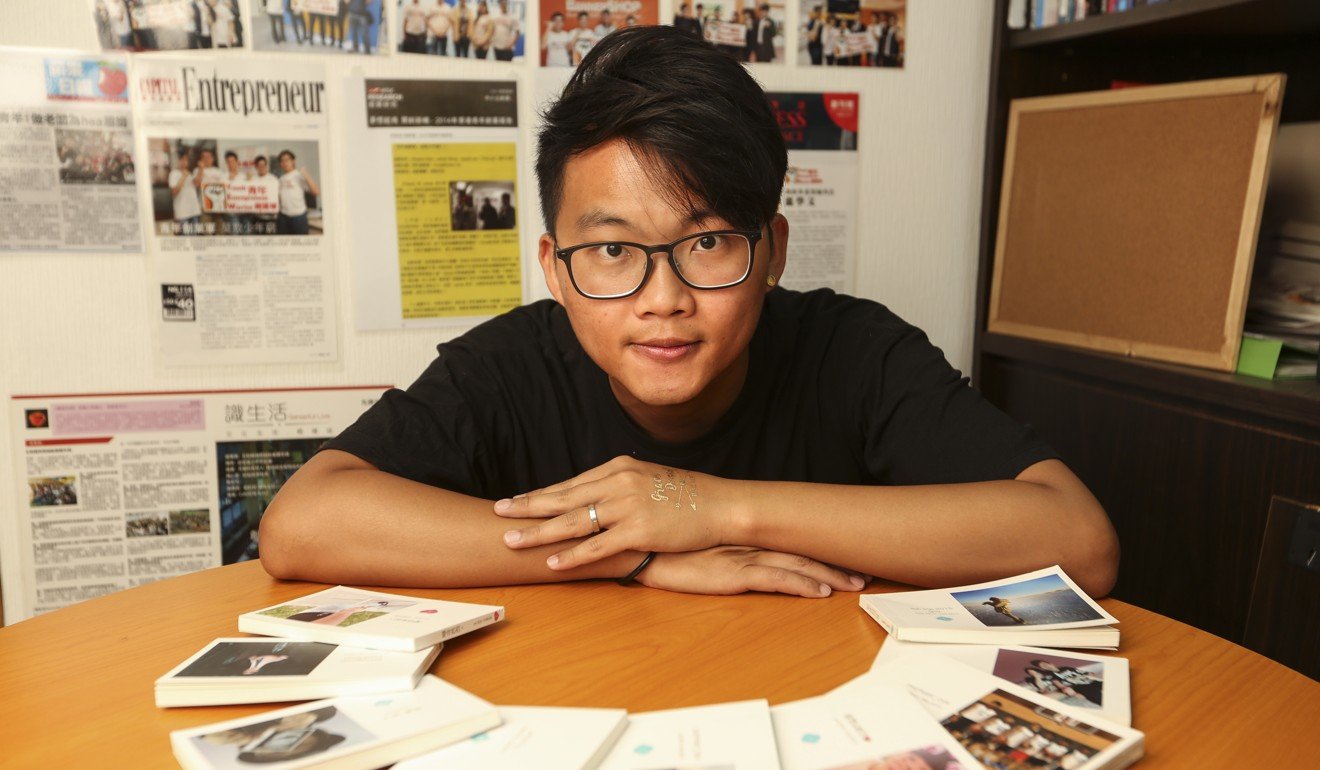 The business was profitable, he added, with the photo book being priced at HK$150 each.

Its customers are mostly young people aged from 18 to 24, according to Sun. Apart from Hong Kong, some of its orders come from Taiwan, Malaysia, Thailand, Singapore and Australia.

Sun said the money he was earning now could not match his previous auditing job, adding that he would have been able to afford buying a flat if he had continued in the field. But he said he became less materialistic after starting his own business.

This ultimate photography studio in Hong Kong could be yours – for HK$18.2 million

Before trying his hand at becoming an entrepreneur, the accounting graduate thought his path would be the same as many others: to get a decent job, and, hopefully, buy a flat some day. But that all changed after a 10-month work experience in Australia.

After four years in auditing, where his hours sometimes lasted from 9am to 2am, and another in finance, Sun decided he needed a break.

“I couldn’t find meaning in auditing. I made sure every number was correct, but then what?”

Sun then went to Australia for a working holiday programme where he met some people who inspired him, including a cherry-picking worker.

“I asked [the cherry picker] if he wanted to make a living by picking cherries, and he said no. He picked cherries because he wanted to buy a boat so that he could travel around the world. And a few years later I saw on Facebook he did get a boat, even though it’s a small one,” Sun said.

“Looking at these people, I realised how narrow my dream was. So when I got back, I just forgot about auditing completely, and made my life more meaningful by creating something that belonged to me.”