Getting ready for Zika

Before the Olympics, the fears of competitors going to Brazil were about the possibility of the games suddenly being delayed or moved elsewhere as a result of the outbreak of the Zika virus. But now Zika is practically on our shores as Singapore, the country with the largest number of cases confirmed so far in Asia, 151 as of early Friday, is just a short flight away.

As the main carrier is the Aedes aegypti mosquito, which also carries dengue and chikungunya — a condition causing weak and painful limbs for months at a time — there is an air of familiarity here about preventive measures and coping with the disease. But although Zika infection is said to be “mild” for adults, no one can be complacent.

Dengue itself causes many deaths among us each year, and Zika is most feared for its potential to cause abnormalities in fetuses’ heads and brains. As of July, five months after the World Health Organization announced Zika as a global public health emergency, dozens of vaccines were “still in the pipeline”, the The Lancet medical journal reported.

The Health Ministry has deployed health officials to all ports and airports to check for passengers with the symptoms, including a high fever and rashes. The government, along with several of its counterparts, has issued a travel advisory against traveling to Singapore, a major transit hub apart from a frequent destination for Indonesians on business, and leisure trips and for those seeking medical treatment.

Even if Singapore looks tiny and manageable, we still should pay heed and be as prepared as possible for Zika infections and transmissions across our vast archipelago. The main lessons are the city-state’s efforts at transparency, an information and education campaign on the virus, and proactive politicians and leaders in that campaign.

Asian governments have largely progressed from the days when they thought viruses and epidemics could be hidden from public knowledge. But when avian flu broke out a few years ago we still had angry regents and mayors dismissing warnings that their areas were highly prone to the disease afflicting domestic fowl, wild birds and even humans.

Indonesians should be even more prepared than our neighbors given our high incidences of dengue, which is no longer clearly confined to the increasingly unpredictable “rainy season”.

In a new study published on Thursday The Lancet also identified Indonesia as one of the Asian and African countries most vulnerable to Zika, including China, India, the Philippines, Nigeria, Vietnam, Pakistan and Bangladesh. The researchers said they had identified countries that were not only hot and humid, the best potential habitat for the Aedes mosquito, but also those with a high volume of travelers returning from Zika-affected areas in the Americas, large, dense populations — and limited health resources for such populations.

From what is known so far about the Zika virus, it is pregnant women who need the utmost protection from infection; therefore it is everyone’s responsibility to help prevent the breeding of the mosquitoes, apart from staying away from affected areas and protecting ourselves and families from mosquito bites. 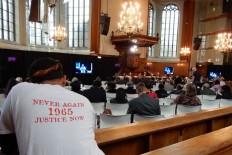 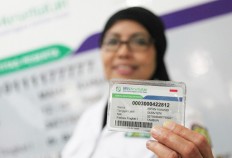 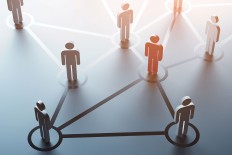