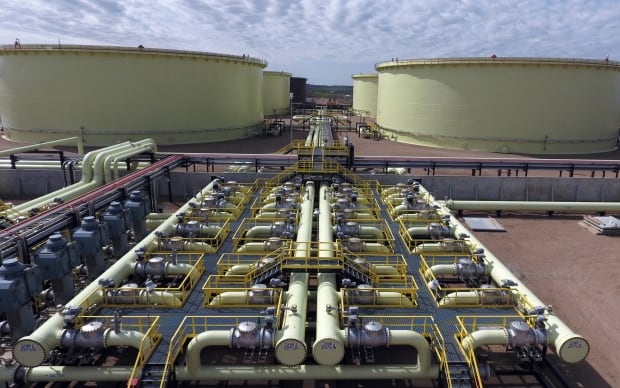 Gibson’s directors decided a takeover offer wouldn’t be in the best interests of the company and its shareholders. (Gibsons)

Calgary-based Gibson Energy has confirmed it received an unsolicited acquisition proposal from overseas but that it is not interested in selling.

It follows a story published in the Financial Post Wednesday reporting that directors rejected a $2.8-billion takeover from a Singapore-based private equity firm.

In a statement released Thursday, the midstream oil and gas company confirmed it received what it calls “a non-binding, highly conditional proposal for discussion, from an unknown, unidentifiable foreign entity whose principals insisted on anonymity.”

The company is in the process of selling its industrial propane business but insists it’s not looking to be acquired and is focused on executing on plans to simplify its business.

“Based on that advice and other input, the Board unanimously concluded that the proposal represented inadequate value to shareholders and was not in the Company’s best interests to pursue,” says Estey.

“The Board reached this conclusion as to the proposal’s merits, without regard to the extreme conditionality of the proposal and inability to identify the proponent. This determination was privately conveyed to the interested party.”