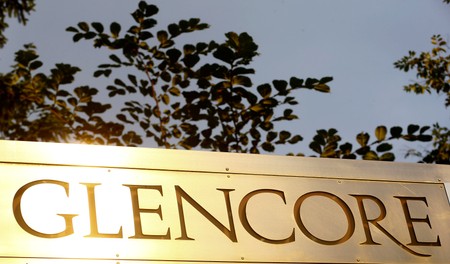 Swiss-based trading and mining giant Glencore Plc has partly completed the sale of a 51 percent stake in its storage and logistics businesses to a unit of China’s HNA Group, although transfer of some assets is pending U.S. clearance.

Glencore in March agreed to sell the stake in HG Storage International Ltd, a vehicle that carries its petroleum products storage and logistics portfolio, to HNA Innovation Finance Group Co for $775 million (£573.3 million).

The commodities trader said on Friday that $579 million of the deal had closed. It added that three assets located in the United States would be transferred to HNA in 2018 upon receiving clearance from the Committee on Foreign Investment in the United States (CFIUS), which reviews national security implications of foreign investments in U.S. firms or operations.

In a two-year acquisition spree, privately owned HNA has signed $50 billion worth of deals, buying stakes in logistics

firms, hotels such as Hilton and even Deutsche Bank. This has prompted U.S. and European authorities to closely examine the Chinese firm’s ownership. CIFUS has not yet given its approval to a number of other major deals by HNA.

HNA said, in a separate statement, that the companies had completed the deal and would operate HG Storage International Ltd’s portfolio in Europe, Africa and the Americas as a joint venture. It did not mention any pending U.S. approval for the transfer of three U.S. assets.

HNA has come under pressure to provide greater clarity about who owns the conglomerate. The CIFUS process has held up the completion of

This month, U.S. software firm Ness Technologies S.A.R.L. said it was suing HNA for failing to adequately answer CIFUS’ questions about its ownership, accusations that HNA has dismissed as baseless.

Glencore had been looking to sell a bundle of its global oil storage stakes, following similar moves by rivals as a boom period for storage showed signs of ending.

Demand for storage exploded following the oil price plunge in 2014 because the abundance of crude for immediate delivery meant traders could make millions by buying oil cheaply and storing it to resell later at higher prices.

But the appeal of storing oil for Western trading houses decreased when the market balance changed as a result of OPEC-led oil output cuts.

HNA has moved increasingly into commodities and logistics in the past year. In September, it announced shareholder approval to buy Singapore’s CWT for $1 billion. CWT’s businesses include logistics services, commodity marketing, financial services and engineering services.