Global stocks down ahead of Fed meeting 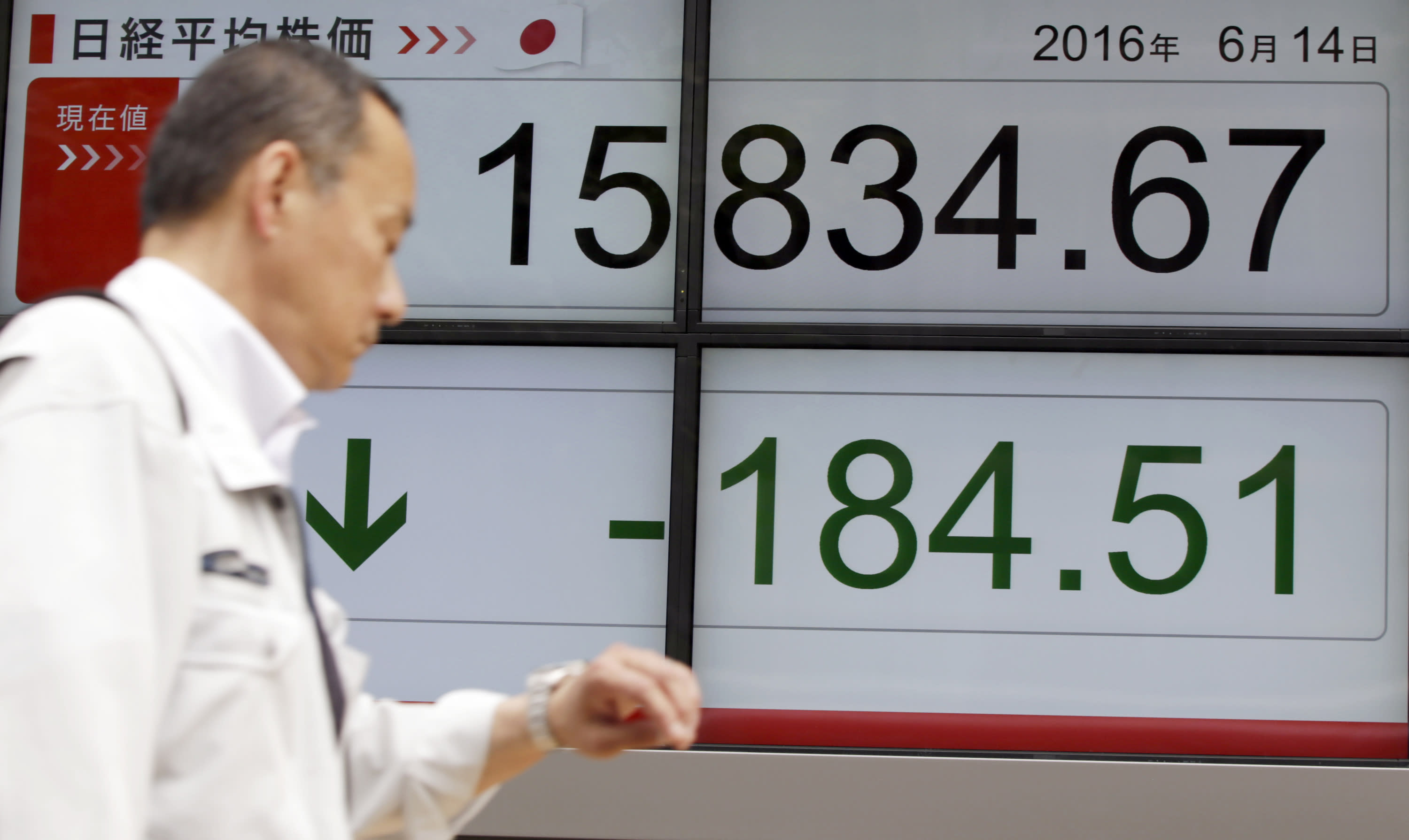 FED WATCH: The Fed had been expected to raise interest rates but now appears likely to wait and see how economic changes develop. The central bank’s two-day meeting starts Tuesday, with a decision on interest rates Wednesday. While last month many investors were betting that the Fed would hike rates, the two most recent monthly U.S. jobs reports put a damper on those expectations.

BREXIT: Stocks are under pressure from uncertainty about whether British voters will choose to leave the European Union in a June 23 referendum. Some polls show a majority are in favor of leaving, known informally as Brexit. Germany’s DAX closed down 1.8 percent, France’s CAC-40 fell 1.9 percent and the U.K.’s FTSE 100 lost 1.2 percent.

CHINA WEAKNESS: Factory output and investment in May were weaker than expected, possibly hurt by slow foreign and domestic demand. Industrial production held steady at 6 percent. Growth in investment in factories and other fixed assets weakened to 9.6 percent in the January-May period from 10.5 percent for the four months through April. “Momentum appears to be stalling after a solid start to 2016,” said Mizuho Bank in a report.