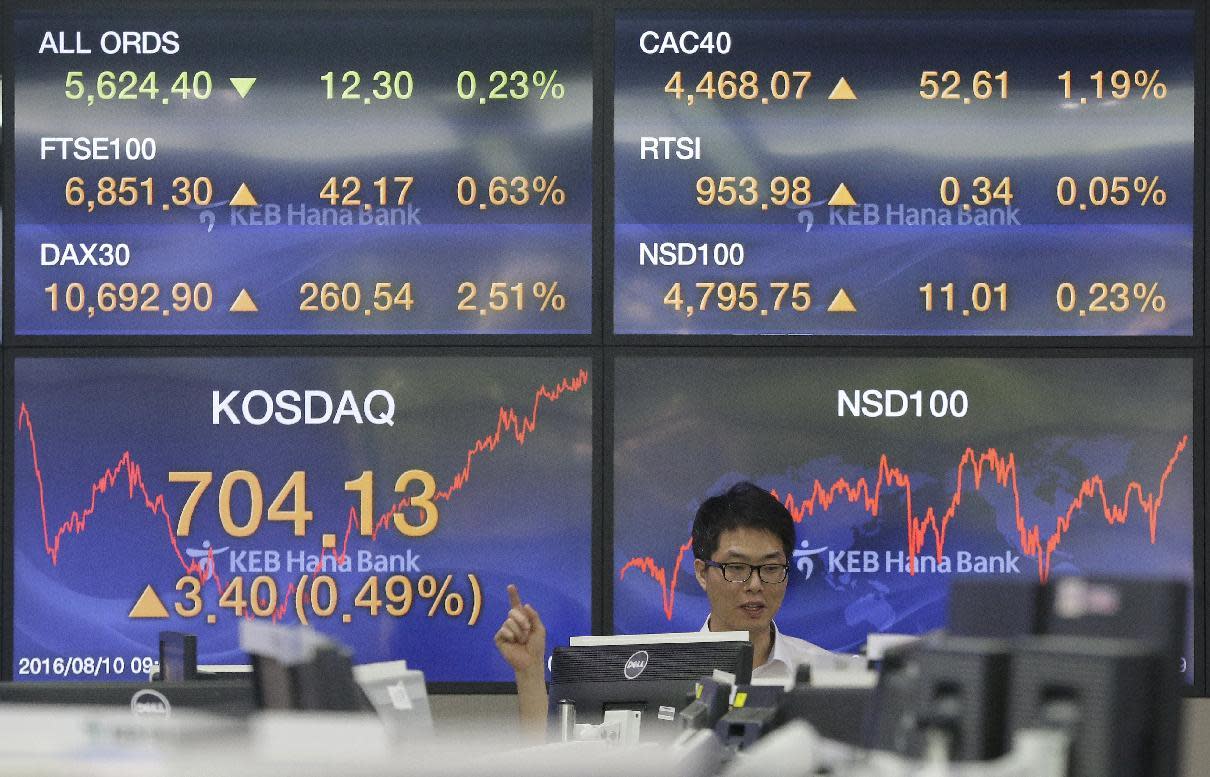 ANALYST’S TAKE: “It’s a slow grind in markets at present, which will please many in the investment community but frustrate the day traders out there,” Chris Weston, chief market strategist at IG in Melbourne, Australia, said in a daily commentary. Weston said while traders are watching the moves of the dollar, oil and interest rates, they “are not at levels likely to cause any real anxiety in broader risk sentiment.”

US RECORDS: Investors have been watching U.S. markets, where the three major stock indexes hit record highs on Friday. The Nasdaq on Tuesday hit another high. Part of the reason is that corporate earnings, most of which have now been reported, seem to have been relatively good for the second quarter. Looking ahead, investors will keep an eye on U.S. retail sales figures due later in the week.

OIL: Benchmark U.S. crude fell 32 cents to $42.47 per barrel in New York. The contract fell 25 cents on Tuesday, ending a rally after the U.S. government raised the forecast on domestic crude production. Brent crude, used to price international oils, lost 17 cents at $44.81 per barrel in London.