Gold eases ahead of Yellen speech on U.S. monetary policy 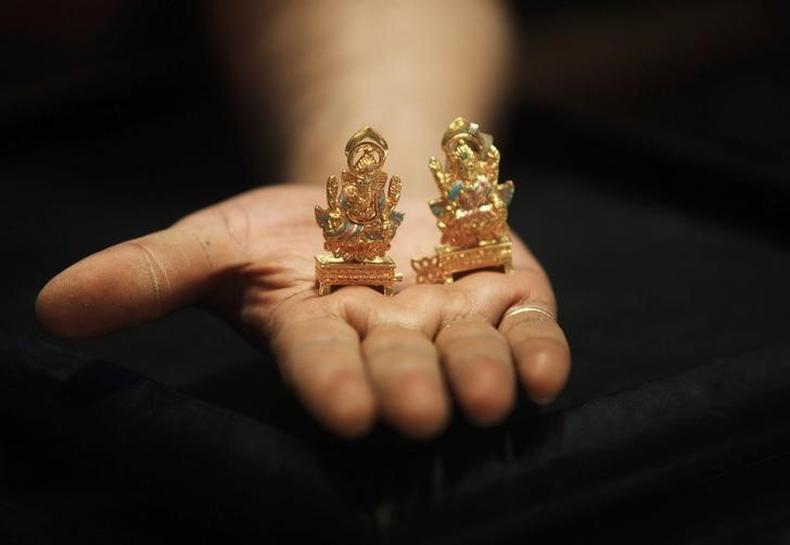 LONDON Gold eased on Tuesday, extending losses after its biggest weekly drop since early November, ahead of a speech by Federal Reserve chair Janet Yellen which will be watched for clues on U.S. monetary policy.

Yellen is due to speak at the Economic Club of New York at 1620 GMT.

Gold is highly sensitive to U.S. monetary policy, as rising interest rates lift the opportunity cost of holding non-yielding bullion, while boosting the dollar. The metal slid 3 percent last week after hawkish comments from a series of Fed officials.

“It is all about the Yellen’s speech today,” Naeem Aslam, chief market analyst at Ava Trade, said. “The message we received last week from various different Fed members was that the Fed should not hesitate to raise the rate again, and this could take place as soon as next month.”

“The odds for such an event are still very low, but if Janet Yellen does shows her hawkish side, the possibility of the April meeting becoming a live one could inflate even further,” he said. “The next support is at $1,179. A hawkish Yellen and a strong reading for the U.S. non-farm payrolls could easily push the gold price to this level.”

European shares rose and the dollar steadied against a basket of currencies on Tuesday as investors looked to Yellen’s speech for clues to the interest rate outlook following weak U.S. data.

“The Fed funds futures market is … still pricing in a September rate hike at the earliest – a shifting of expectations towards an earlier rate hike could see the dollar and Treasury yields move higher and gold under pressure once again, though on balance we believe the Fed will remain cautious,” Mitsubishi analyst Jonathan Butler said.

(Additional reporting by A. Ananthalakshmi in Singapore. Editing by Jane Merriman and David Evans)