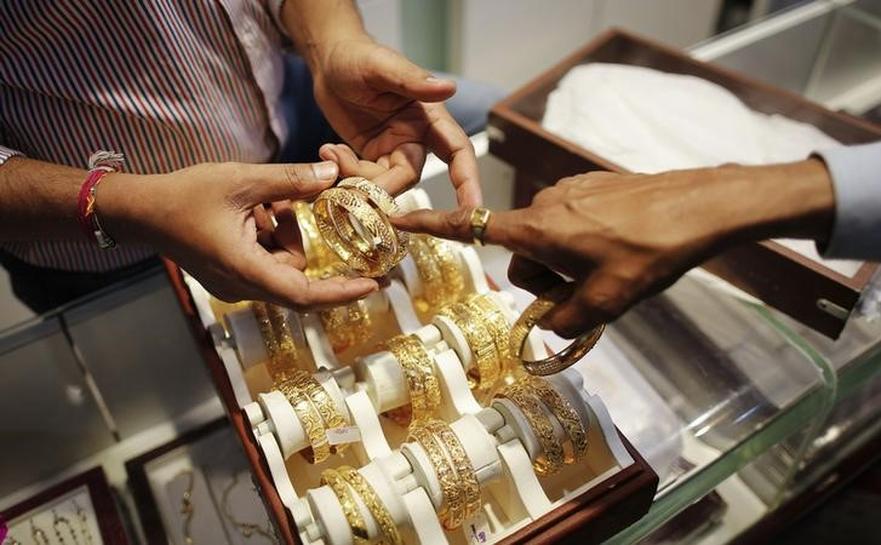 Gold rose to a five-month peak on Thursday amid rising tensions over U.S. relations with Russia and North Korea, with prices also buoyed as the U.S. dollar slid after President Donald Trump reportedly said the currency was too strong.

The U.S. dollar took a heavy hit after Trump told the Wall Street Journal the dollar “is getting too strong” and that he would prefer the Federal Reserve to keep interest rates low.

“We see a lot of safe-haven buying coming back to the market … People are worried about currency and with conflicts around the globe, a lot of funds are coming to gold at this point of time,” said Brian Lan managing director at gold dealer GoldSilver Central in Singapore.

“The market is slightly on the overbought side, but given what we have seen in the past few days, we might see prices testing $1,300.”

Spot gold is expected to climb to $1,303 per ounce as it has broken above resistance at $1,282, according to Reuters technical analyst Wang Tao.

Trump’s comments on the dollar were enough of an impetus to push gold above $1,280, with $1,300 the next key level and the 200-day moving average providing crucial support, said MKS PAMP Group trader Jason Cerisola.

The dollar slumped broadly on Thursday, falling to a five-month low against the yen. [USD/]

The dollar index, which measures the greenback against a basket of currencies was down 0.7 percent at 100.050.

“The Fed remains on track to raise rates two more times this year, but markets have yet to focus on a June increase, figuring that the Fed has time to perhaps change its forward guidance (if not its decision altogether),” said INTL FCStone analyst Edward Meir.

Meanwhile, tensions continued over the United States’ relationship with Russia over Syria and in the Korean peninsula, while worries about the upcoming French presidential election also kept investors nervous.

Russian President Vladimir Putin said on Wednesday trust had eroded between the United States and Russia under Trump as Moscow delivered an unusually hostile reception to Secretary of State Rex Tillerson in a face-off over Syria.

Foreign journalists visiting North Korea were told to prepare for a “big and important event” on Thursday, keeping investors on edge.

(Reporting by Nallur Sethuraman in BENGALURU; Editing by Kenneth Maxwell and Joseph Radford)