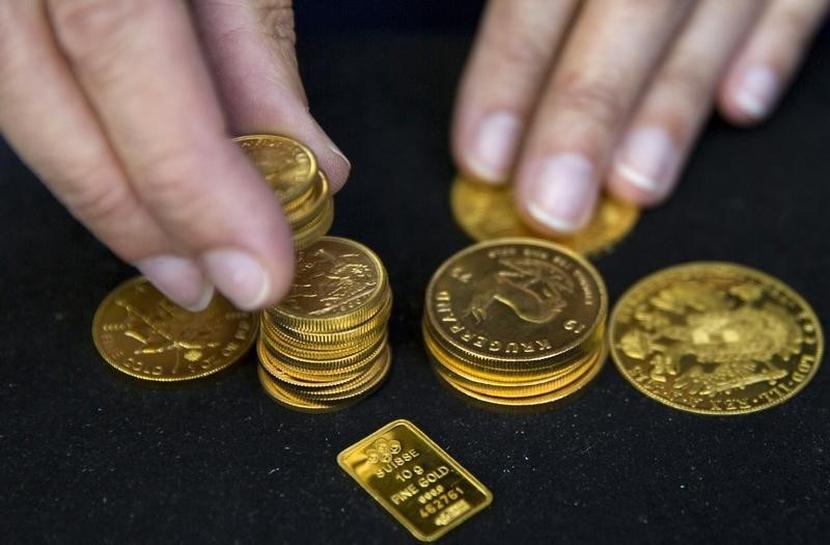 NEW YORK/LONDON Gold steadied on Monday as the dollar .DXY fell against a basket of major currencies, world stock markets edged higher, and oil prices pared earlier losses that had been triggered by the failure by oil producers to agree an output freeze.

Brent crude futures LCOc1 dropped as much as 7 percent as an output freeze deal by OPEC and non-OPEC producers fell apart on Sunday, but prices steadied after a Kuwaiti workers’ strike slashed the country’s output by more than half. [O/R]

“Oil prices have fallen between 4 and 5 percent, dragging equities down, and you would think to see some safe-haven buying in gold,” Citi strategist David Wilson said, referring to earlier strength in bullion prices.

The U.S. Federal Reserve raised interest rates in December but has slowed its expected pace of subsequent increases in response to risks a slowdown in the global economy could be more severe than anticipated.

On Friday, Chicago Fed President Charles Evans said the Fed seems to be on track for at least two increases over the rest of the year.

“Gold prices are likely to stay supported around $1,260 in the second quarter ahead of the Fed’s rate increase, which may happen in July,” Natixis analyst Bernard Dahdah said.

Assets in SPDR Gold Trust (GLD), the world’s largest gold-backed exchange-traded fund, rose on Friday for the first increase in a week. [GOL/ETF]

Meanwhile, higher gold prices this year have kept a lid on physical demand in key markets, India and China.

Hedge funds and money managers raised their bullish bets on gold to the highest since October 2012 and silver to a record high, in the week to April 12, when the white metal’s value relative to gold surged by the most in 2-1/2 years, U.S. government data showed on Friday.

“We believe the gold rally is now nearing its apex, leaving prices susceptible to a setback into the $1,100-$1,200/oz range,” said UBS Wealth Management Research.

For silver, a stabilization of industrial application demand should allow silver prices to find a floor this year, UBS said, with the three-month futures forecast at $16.20 an ounce.

(Additional reporting by A. Ananthalakshmi in Singapore; Editing by Louise Heavens and Peter Cooney)