Of all the distractions one might face on a golf course, a couple of angry birds isn’t typically one of them.

But for a man trying to hole out at Singapore’s Orchid Country Club, that’s exactly what happened, as two agitated birds refused to stop harassing him.

It appears the two had become confused and mistaken the golf ball for one of their eggs, and were suddenly very protective of it. 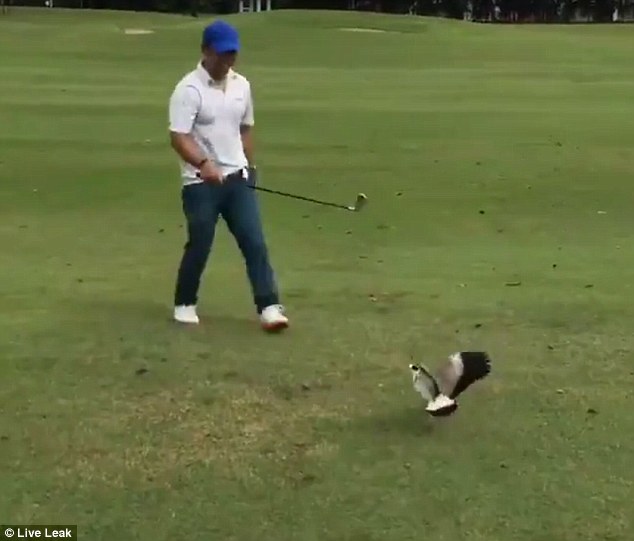 My ball, not yours: This golfer in Singapore was attacked by some territorial birds, who seem to have mistaken his ball as one of their eggs 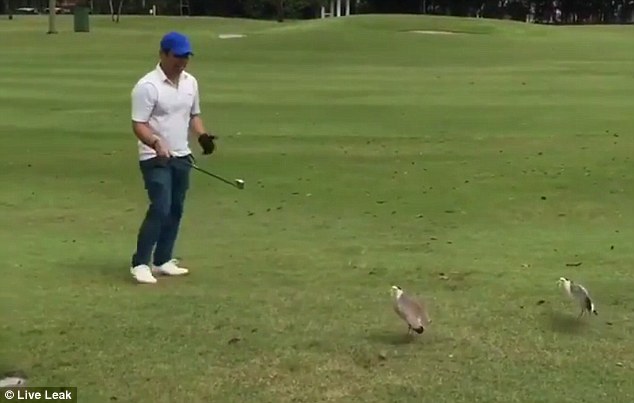 In the funny video from the course, the birds are seen as acting very territorial toward the man

Video taken by a friend that appeared on the website Live Leak this week shows the frustrated golfer try to gently shoo the birds away with his club.

However they are not having any of it.

The birds can be seen circling the ball and trying to protect it, and lash out at the man as the tries to approach.

By the time the one-minute clip finishes, the man is no closer to getting that ball in the hole. 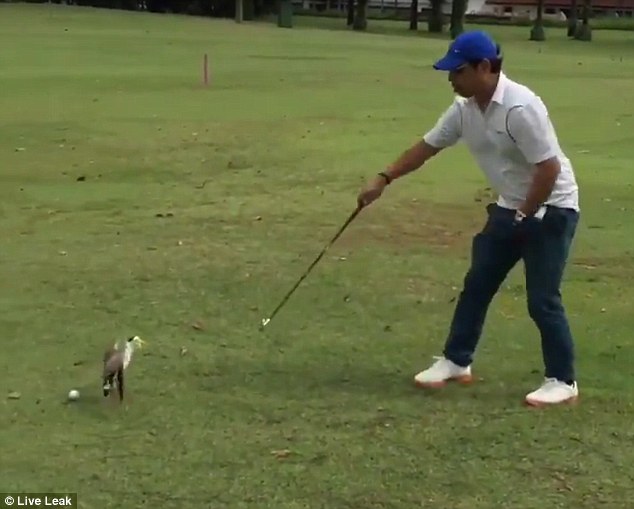 Shoo: The golfer tries to gently move the birds along with his club, with little success 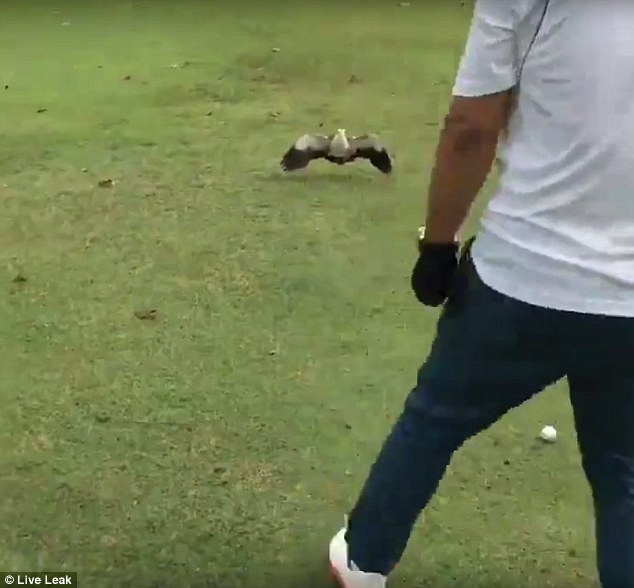 As the one-minute clip finishes, the man is no closer to getting that ball in the hole