Graphic – Take Five – World markets themes for the week ahead 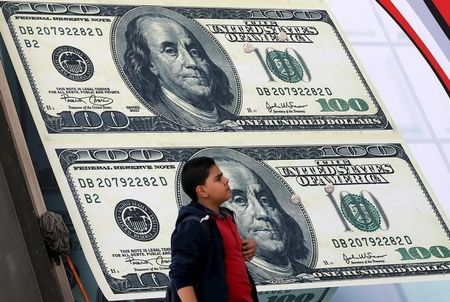 Following are five big themes likely to dominate thinking of investors and traders in the coming week and the Reuters stories related to them.

A new trading week, month and quarter gets under way at something of an inflection point for markets. Global interest rates, yields and the dollar are rising, tightening financial conditions just as many major stock and credit markets are sitting at historical highs. Janet Yellen has led the chorus from Fed officials that U.S. rates are going up again, and the Bank of England seems set to raise UK rates for the first time in over a decade. Could the long-awaited correction be close at hand? There’s no shortage of markets from which to take profit — almost every asset class rose in Q3 and is up year-to-date. Emerging markets are on course for a record year and world stocks are near record highs. October is traditionally a rocky month — research by Renaissance Capital shows that nine of the top 20 daily percentage declines in the Dow Jones since 1896 have come in October. That’s by some distance more than any other month (the next is September, with three).

The dollar’s swoon this year seems to have been in lockstep with U.S. President Donald Trump’s slipping job approval rating. The modest improvement in his ratings, starting in September, has also been met with a firmer dollar. The dollar rallied hard after Trump’s victory in November’s presidential election and the dollar index, which tracks the greenback against six major currencies, hit a 14-year high by January. Since then, it has slumped, on pace for its worst first nine months of a year in more than two decades. The rally was spurred by expectations the new administration would focus on pro-growth fiscal stimulus, tax cuts, and regulatory reform that would likely lift inflation and prompt the Federal Reserve to raise interest rates more quickly this year. Trump’s inability to deliver on his promises and the Fed’s cautious stance have spooked investors, and earlier in September the index fell to the lowest since early 2015. However, as Trump’s job approval registered improvement in early September, the greenback too strengthened, helped in part by investors’ expectation for the Fed squeezing in another rate hike this year.

The U.S. Federal Reserve’s favoured measure of inflation increased in July at its slowest annual rate since November 2015. Core PCE (personal consumption expenditures) inflation slowed to just 1.3 percent, way below the Fed’s 2 percent target. This after Fed Chair Janet Yellen’s comment on Sept. 26 that it would be “imprudent” to keep monetary policy on hold until inflation reached 2 percent. The dollar fell after the PCE data.

After a bruising week for emerging markets, investors will be watching to see whether this year’s rally can get back on track. With the dollar having enjoyed its best week this year, emerging currencies tracked by a JP Morgan index lost just over 1 percent <.JPMELMIPUSD> while average yields on emerging currency bonds rose back above 6 percent, up almost 10 basis points on the week <.JGEGDCM>. With inflation-adjusted yields at their highest in years, many investors still find emerging bonds an attractive bet. But much depends on whether the dollar and U.S. Treasury yields continue their steep climb.

India’s real interest rates are four times those of Indonesia, which surprisingly cut borrowing costs for the second consecutive month in September. However, money is flowing out and India has little room to cut further. The rupee sank to a six-month low and Indian shares just went through their longest losing streak in over nine months as investors worry about weak growth and the government’s plans for a wider fiscal deficit to boost output. Non-performing loans show no sign of stabilisation either and the current account deficit is a potential source of vulnerability as global central banks exit unconventional policies. Like a rabbit caught in the headlights, the Reserve Bank of India is seen holding rates at its Oct. 4 meeting and well past next year.