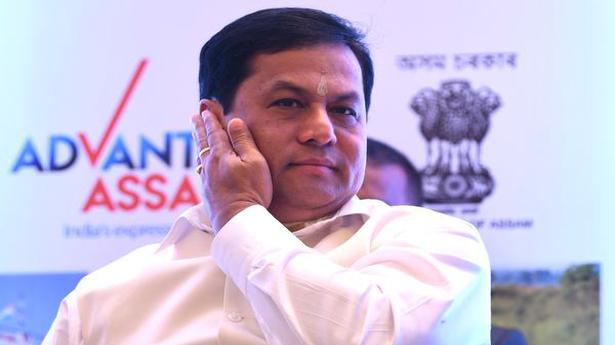 Mr. Sonowal was speaking at a roadshow here to attract investors to participate in the upcoming Global Investors’ Summit (GIS) in his State on February 3 and 4 next year.

“We aim to turn Guwahati airport into an international airport mainly connecting South East Asia. Expansion work for the current airport has already begun and work on the new terminal will begin soon,” he said.

“We are looking forward to enhancing the coverage of UDAN putting Guwahati as the hub and cover south East Asian and ASEAN countries,” he added.

These nine nations include Bangladesh, Nepal, Bhutan and Singapore, said Mr. Sonowal adding the Assam government has collaborated with Singapore to set up a skill development centre in Assam.

Making a strong pitch for investment in his State during the event to woo investors, the Assam Chief Minister said the government has relaxed many norms.

“Because of Assam and North-East India’s proximity to the ASEAN countries, Prime Minister Narendra Modi calls the North Eastern States as ‘Ashta Lakshmi’. We have huge potential for investment,” he said.

“Last year alone, we succeeded in getting investment of ₹6,500 crore. The new Act East policy and reforms have given vibrancy to the industrial scenario of Assam,” he added.

He appealed to members of Federation of Indian Chambers of Commerce and Industry to make use of “Advantage Assam,” the global investor summit in February 2018.

“This will be first-of-its kind for the entire North-East region. The vision is to create an economic development model that links India with Bangladesh, Bhutan, Nepal and ASEAN nations,” the Assam chief minister added.