Guyana jumps up on ‘Ease of Doing Business” chart 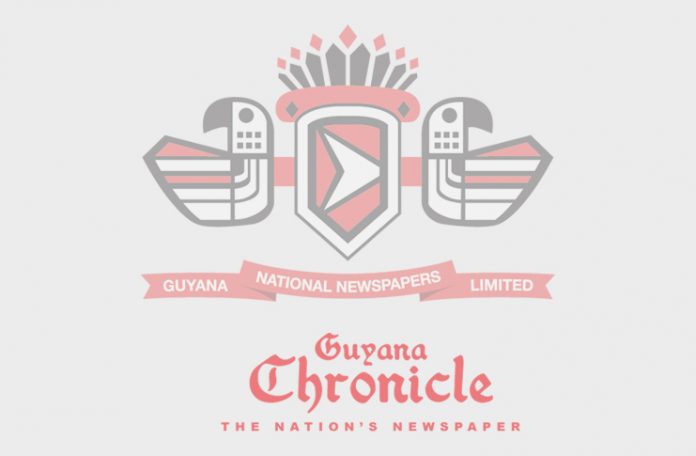 GUYANA has jumped some 16 places up the World Bank’s ‘Ease of Doing Business’ chart, moving from 140 last year to 124 this year, a report by the Bank stated. The country however dropped points in the ‘starting up a new business in Guyana’ category with the Bank ranking Guyana 99 when it comes to starting up a new business, which represents a downward move from last year’s ranking of 86.
Meanwhile, according to a statement by the Bank, a record 137 economies around the world have adopted key reforms that make it easier to start and operate small and medium-sized businesses. The Doing Business 2017: Equal Opportunity for All, the World Bank Group’s annual report on the ease of doing business. The new report finds that developing countries carried out more than 75 percent of the 283 reforms in the past year, with Sub-Saharan Africa accounting for over one-quarter of all reforms.
In its global country rankings of business efficiency, Doing Business 2017 awarded its coveted top spot to New Zealand, Singapore ranks second, followed by Denmark; Hong Kong SAR, China; Republic of Korea; Norway; United Kingdom; United States; Sweden; and the former Yugoslav Republic of Macedonia. The world’s top 10 improvers, based on reforms undertaken, are Brunei Darussalam; Kazakhstan; Kenya; Belarus; Indonesia; Serbia; Georgia; Pakistan; United Arab Emirates (UAE); and Bahrain.
The report cites research that demonstrates that better performance in Doing Business is, on average, associated with lower levels of income inequality, thereby reducing poverty and boosting shared prosperity. “Simple rules that are easy to follow are a sign that a government treats its citizens with respect. They yield direct economic benefits – more entrepreneurship; more market opportunities for women; more adherence to the rule of law,” said Paul Romer, World Bank Chief Economist and Senior Vice-president. “But we should also remember that being treated with respect is something that people value for its own sake and that a government that fails to treat its citizens this way will lose its ability to lead.”
Doing Business data points to continued successes in the ease of doing business worldwide, as governments increasingly take up key business reforms. Starting a new business now takes an average of 21 days worldwide, compared with 46 days 10 years ago. Paying taxes in the Philippines involved 48 payments 10 years ago, compared to 28 now and in Rwanda, the time to register a property transfer has dropped from 370 days a decade ago to 12 days now. This year’s Doing Business adds gender measures to three indicators – Starting a Business, Registering Property and Enforcing Contracts – finding disparities in 38 economies. Of these, 23 economies impose more steps for married women than men to start a business. Sixteen limit women’s ability to own, use and transfer property. Doing Business finds that, in these economies, fewer women work in the private sector, both as employers and employees.

The report also features expansions to the Paying Taxes indicator, to cover post-filing processes, such as tax refunds, tax audits and administrative tax appeals, to better understand the overall tax environment. Since 2004, when Doing Business started, a total of 443 reforms have been recorded under the Paying Taxes indicator, the second highest number of reforms, with 46 reforms implemented in the past year.
However, easing the requirements for Starting a Business is, by far, the most common area for reform, with almost 600 reforms recorded since 2004. Of these, 49 reforms were introduced during the past year. “Government policy plays a huge role in the daily operations of domestic small and medium-sized firms and onerous regulation can divert the energies of entrepreneurs away from developing their businesses or innovating. This is why we collect the Doing Business data, to encourage regulation that is designed to be smart, efficient, accessible, and simple,” said Augusto Lopez-Claros, Director of the World Bank’s Global Indicators Group, which produces the report.
This year’s Doing Business report includes a pilot indicator on public procurement regulations. The report studies procurement in 78 economies across five main areas: accessibility and transparency, bid security, payment delays, incentives for small and medium enterprises and complaints mechanisms. Public procurement represents, on average, 10 to 25 percent of an economy’s GDP, making the procurement market a unique pool of business opportunities for the private sector.
The report states that business-reform activity accelerated in Latin America and the Caribbean with over two-thirds of the region’s economies implementing a total of 32 reforms in the past year, compared with 24 reforms the previous year. The bulk of the reforms were aimed at improving tax payment systems, facilitating cross-border trade and starting a new business, with Brazil implementing the most reforms in the past year. “The overarching goal of Doing Business is to enable entrepreneurship, for women and men, particularly in low and middle- income countries. That governments around the world are taking up the challenge of improving the business climate, to enable job-creation, is worth celebrating and we look forward to continue recording the successes we have seen this past year in the years to come,” said Rita Ramalho, Manager of the Doing Business project.

Previous Travel deals: Save up to $8000 per couple on Scenic Europe river cruise, Amsterdam to Budapest
Next Measles alert for people on flight to WA