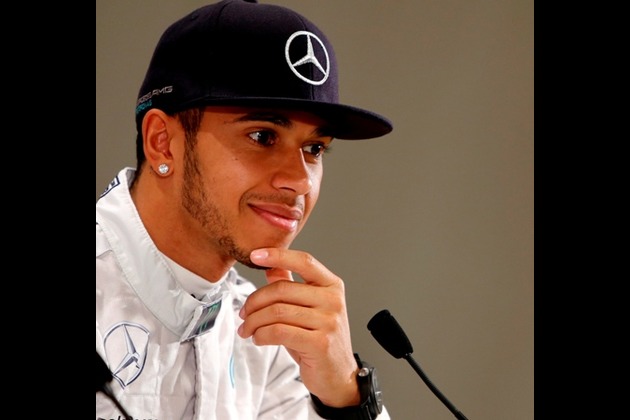 London [England], Sept.27 (ANI): Reigning world champion Lewis Hamilton has cast doubts on whether he will be able to swing the championship momentum back from his Mercedes teammate Nico Rosberg, who surged back to the top in the Formula One standings by clinching his third successive win at the Singapore Grand Prix.

The 31-year-old Briton will now head into Sunday’s Malaysian Grand Prix, the first of six remaining races, with eight points adrift of Rosberg.

Earlier, Hamilton had cruised from last to clinch a third-place finish following an engine penalty in Belgium while his poor start at the Italian Grand Prix handed a gift-wrapped victory to Rosberg.

In Singapore, the German driver out-qualified Hamilton by a crushing seven-tenths of a seconds before the Briton finished a distant third.

Reflecting on his performance, Hamilton insisted that Singapore was a `difficult` weekend for him in contrast to Rosberg who displayed an exceptional performance.

The three-time world champion, however, emphasised that there were six more races left in the season and that he was hopeful to give his absolute best in the coming weekends.

“It’s going to take some good results to get back in front and stay there – but I’ve had plenty of those in the past so there’s no reason to think they won’t come back to me again,” Hamilton was quoted as saying by the Guardian.

Meanwhile, Hamilton’s Mercedes team could be crowned constructors’ champions for a third successive season on Sunday.

Mercedes, who have won all except one grand prix this season in yet another campaign of utter domination, need to secure an unassailable lead of 215 points over Red Bull when the race kicks off in Malaysia.(ANI)

Previous Thailand Among Top Tourist-Generating Markets For Malaysia – Nazri
Next Hoffman, Dench up for International Emmys