The game of hockey has taken six-time Olympian Hayley Wickenheiser all over the world.

But hockey in the Himalayas, in the remote region of Ladakh, India, 12,000 feet above sea level, is a first for the former captain of the Canadian women’s national team.

“I’ve never skated this high — I can tell you the first shift that we took, about 20 seconds in I could barely breathe, ” said Wickenheiser, who is in the city of Leh in the northern state of Jammu and Kashmir.

“Some of the scenery and the rinks that we’re on, you feel like you’re in hockey heaven here.” 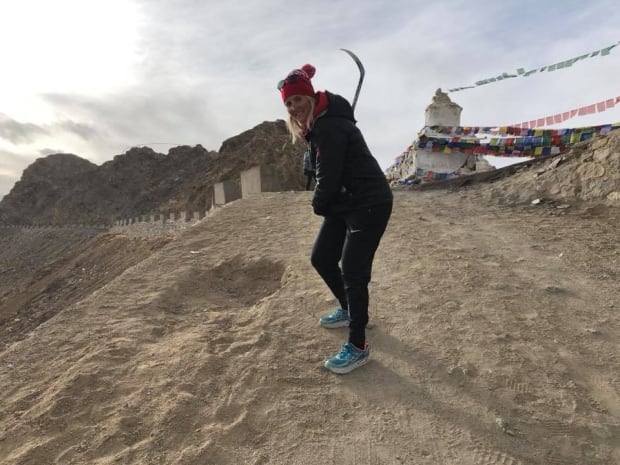 “I don’t think I’ve done anything as powerful as this experience in terms of an impact, in terms of purely for the love of the game,” Wickenheiser said.

“It’s just about more than [hockey]. It’s about empowering women and children, and it’s about giving them confidence. It’s about being a part of something bigger than yourself and making a difference in another part of the world.

“Hockey is just a vehicle we use, but the lessons and the interactions, the emotions, go way past playing a sport. But by playing the sport we all connect.”

The idea to go came to Wickenhesier last year after she saw a video of the region that showed the impact of hockey on the people there.

But in the Himalayas, hockey is it. Outdoor ice is readily available and many kids play the game during the winter months when school is closed for the season.

Their biggest defeat has been a 20-1 loss to Thailand but last March, the Indian women beat the Philippines and Malaysia by scores of 4-3 and 5-4. 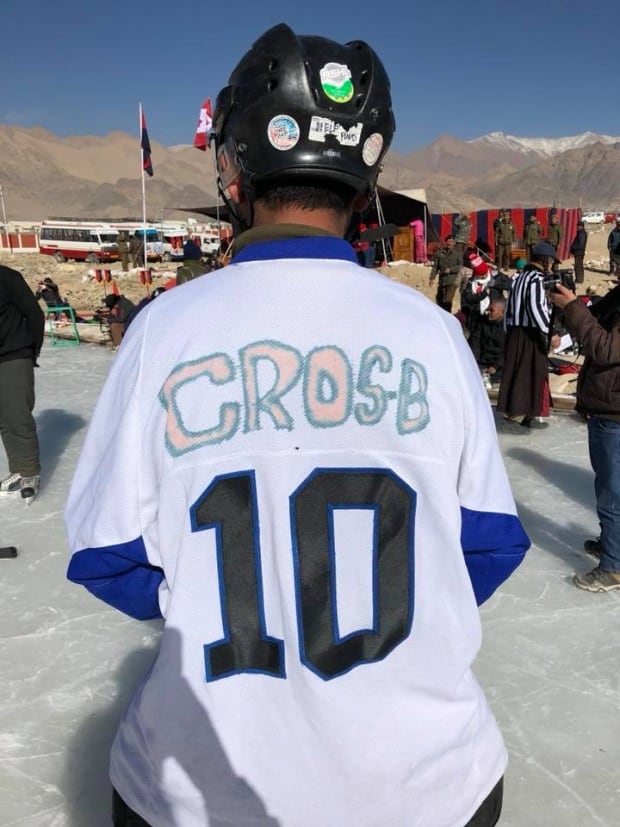 Ference, who played 16 seasons in the NHL, said a call from Wickenheiser was all the convincing he needed to go.

“The setting is absolutely incredible, like, the Himalayas are no joke,” he said.

“It’s huge and beautiful and we’re kind of sitting in this little valley surrounded by these monster mountains.”

What surprised Ference the most about the region is that people know a lot about hockey.

He said his group has skated with the Indian men’s and women’s national teams, hundreds of kids on the outdoor rink, five military teams, and another team made up of the local police.

“We’ve been surrounded by hockey,” Ference said. “It’s crazy because it’s not a big place. It’s not like there’s a huge population here.”

He said full-contact games on outdoor rinks surrounded by mountains are spectacular.

Getting the players into proper equipment is a big challenge, and another is making the game affordable.

But generous donations from Canadians and equipment donations from the National Hockey League Players’ Association allowed Wickenheiser and Ference to bring more than 70 bags full of equipment.

They also brought 12 used hockey sleds for about 100 disabled players.

Ference and Wickenheiser return to Alberta next week. Until then they’ll remain in the region and work with the players. They’re also planning to visit some mountain villages where the women’s team members are from.

“It’s great to come here once,” Wickenheiser said, but the next goal is to figure out how to keep making a difference in future.

Wickenheiser wants to bring India’s women’s hockey team to Calgary next November to play in her WickFest hockey tournament. 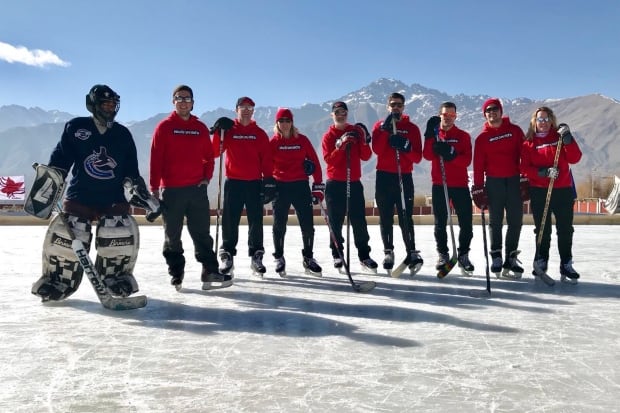 For eight years now, more than 2,000 players gather for eight days in November for games, workshops and clinics. They learn about the game from high-profile coaches and experts from around the world.

Getting the Indian team to Canada would require a lot of fundraising. It will start in the spring with a gala planned for April 20 in Surrey, British Columbia .

Donations are also being accepted at india2yyc.com

The funds will help support the team’s trip to Calgary next fall. The money will also be used to build outdoor rinks in villages surrounding Leh, and help finish the only indoor facility in the region.