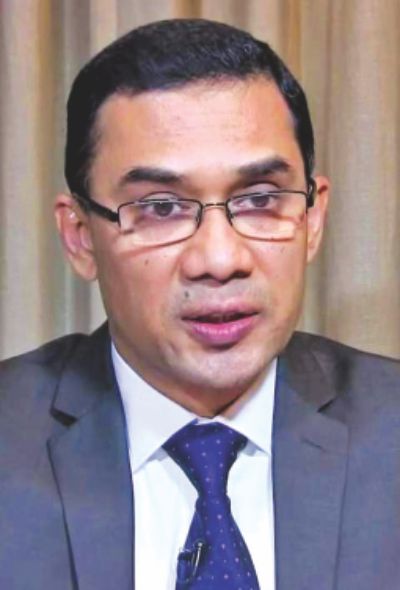 BNP Senior Vice Chairman Tarique Rahman absconded, and avoided the trial for money laundering wilfully, said the High Court in its full verdict in the case in which he was sentenced to seven years’ imprisonment and fined Tk 20 crore.

On July 21, An HC bench overturned a lower court verdict that had acquitted him in the money laundering case involving Tk 20.41 crore and sentenced him in absentia after he was found guilty.

Tarique, who emerged as the country’s most powerful man during the 2001-2006 tenure of the BNP government, was mired in controversy for his undue interference in the government administration.

He ran the controversial Hawa Bhaban, an alternative centre of power in the then government, which was shut down later on.

Tarique was arrested in an anti-corruption crackdown in March 2007 and was released on bail on September 3 the following year. He flew to the UK on September 11 for treatment and has been staying in London since then.

Describing the facts on the laundered money, the HC said those facts were especially within the knowledge of Tarique and the burden was on him to rebut the allegation against him.

“Having regarded to the fact that accused Rahman [Tarique] knowing fully well about the trial absconded, and avoided the trial wilfully…” said the HC in the full verdict, a copy of which was released yesterday.

This is the first time Tarique, elder son of BNP Chairperson Khaleda Zia, has been convicted and handed down punishment by a court in one of the 19 cases filed against him since 2007.

In the money laundering case filed in 2009, he was accused of siphoning off the money to Singapore when the BNP was in power.

The case has become a high-profile one for several reasons.

For the first time in Bangladesh’s history, a special agent of the Federal Bureau of Investigation of the USA gave testimony and produced evidence against Tarique in a Dhaka court during trial of the case in 2011. The FBI gathered proof of money laundering by Tarique and his friend and business partner Giasuddin Al Mamun.

In 2013, the lower court acquitted the BNP leader of the money laundering charge. It jailed Mamun for seven years and fined him Tk 40 crore.

After delivering the verdict, the trial court judge left the country, giving rise to speculations that he had acquitted Tarique following an alleged deal.

In this case, the HC said not only convict Mamun but also the prime accused Tarique steered the matter of obtaining the “dirty money” and getting it deposited in his friend Mamun’s bank account in Singapore, disguising the source.

“Accused Rahman designed to get it happen by abusing his political position and might. It is to be noted with regret that accused Rahman belonging to a political class which was saddled with the responsibility of directing the affairs of the country had acted as a conscious part of the financial crime.

“He being the mighty political elite by virtue of his position obtained dirty money in the name of ‘consultation fee’ through his close cohort’s [convict Giasuddin Al-Mamun]. This kind of corruption being backed by political influence threatens good governance, sustainable development, and democratic process,” observed the HC.

“This manner of financial crimes the upshot of achieving wealth in corrupt ways committed under political shield is increased, said the HC bench of Justice M Enayetur Rahim and Justice Amir Hossain.

“Time has come to get this type of criminal activities carried out by using political favour and patronisation halted for the cause of well being of the country and its development process.”

“We emphatically observe that corrupt practices and political influences indisputably make significant space for an individual or group to be indulged in such financial crime like ‘money laundering’ which leaves perverse influence on the entire society.”

The HC urged civil society, the print and electronic media to play a pivotal role in stopping money laundering.

Since convict Tarique has been absconding the sentence of imprisonment as awarded above shall be executed after his arrest or when he surrenders before the trial court, whichever is earlier, said the HC.

It also directed the trial court to issue conviction warrant against convict Tarique.

The HC said Tarique was culpably a conscious part of the financial crime and thus he deserves no leniency. Might of the offender engaged in laundering huge amount of ill-gotten money, hiding its source and means, must be resisted by awarding appropriate punishment for the sake of country’s ongoing economic development.

The possible social and political costs of money laundering, if left unchecked or delt with ineffectively, are serious, reads the judgment. “Organised crime can infiltrate financial institutions, acquire control of large sectors of the economy through investment, or offer bribes to public officials and indeed governments.

“The economic and political influence of criminal organisations can weaken the social fabric, collective ethical standards, and ultimately the democratic institution of the society,” said the HC adding, “In countries transitioning to democratic systems, this criminal influence can undermine the transition.