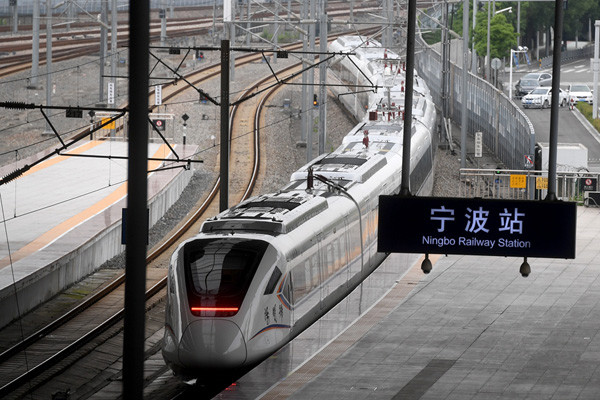 One after another, Southeast Asian countries are joining hands with China to build high-speed railways. The latest such project is a 688-kilometer high-speed railway along the eastern coast of Malaysia, for which the groundbreaking ceremony was held on Aug 10. Last week, media reports said China and Thailand will sign a contract on a railway project linking Kunming, capital of Southwestern China’s Yunnan province, and Bangkok during Thai Prime Minister Prayut Chan-o-cha’s official visit to China next month. And work on the project is expected to start in October.

These projects are like silk threads connecting China and Southeast Asian countries and the best testimony to the progress the Belt and Road Initiative has made in Southeast Asia.

A key part of the Belt and Road Initiative is interconnectivity of roads, and building or improving existing cross-border transportation networks is a prerequisite for closer regional cooperation and people-to-people exchanges.

Unfortunately, many Southeast Asian countries still lag behind in terms of modern transportation infrastructure, which has hindered their economic development. Take Thailand for example. The country with a population of less than 70 million received about 40 million tourists last year, of which one-fourth were from China. Yet only one train plies between Bangkok and Pattaya, two of Thailand’s most popular cities, from Monday to Friday. Moreover, the trains often take three to four hours to cover a distance that can be negotiated in an hour by a high-speed train. This lack of modern traffic infrastructure is preventing Thailand from fulfilling its development potential.

In comparison, China has been continuously developing its transportation infrastructure for decades. By last year, China had high-speed trains running across 22,000 km, accounting for more than 65 percent of world total. High-speed trains have not only made traveling more convenient and comfortable for passengers, but also earned global praise－that’s why high-speed railway is considered one of the “four new great inventions” of China.

Southeast Asian countries, like China, have huge populations that need to frequently travel from one place to another, yet they have comparatively small budgets for transportation infrastructure, which would be more suited to building high-speed railways.

And because of its mature high-speed train technology and rich experience, China could help Southeast Asian countries in this regard－a move that will be beneficial to the local people. More importantly, the cooperation between China and those countries in infrastructure building will be mutually beneficial.

After 20 years of developing the sector, China today holds the intellectual property rights for its high-speed railway, and has established technological standards that would suit other developing countries equally well.

The Belt and Road Initiative has created new opportunities for China and Southeast Asian countries to work together, for instance, through high-speed railway construction.