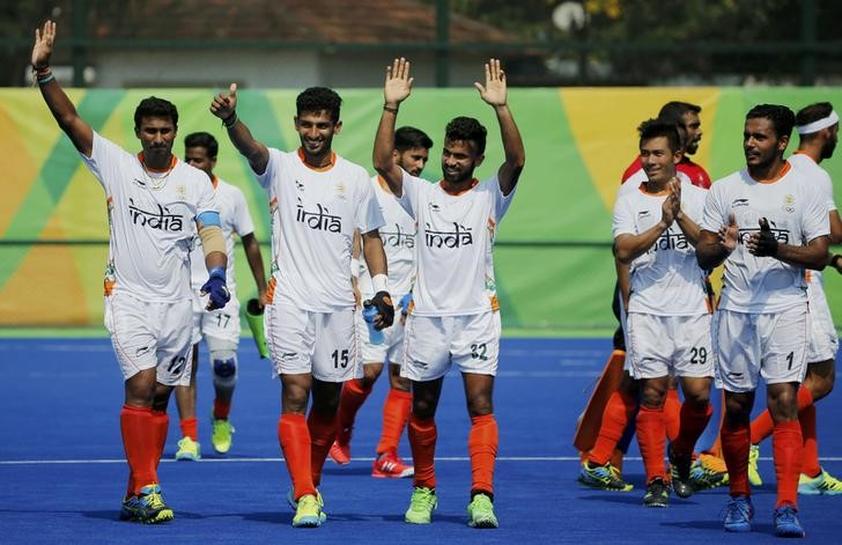 RIO DE JANEIRO Latest news from the fourth day of competition at the Rio Olympics on Tuesday (all times GMT):

“It would be good to get some more breeze. Is it hard in the light (winds), not physically hard work but its mentally draining,” said Scott, who is in 10th place after the first two races of the men’s heavyweight Finn class on Tuesday.

“It’s a gold one, and it’s my second one in my first Olympic Games. I have no words really. I am super happy. I do not know, my voice is shaking. I hope this medal will be the beginning of something good,” said Korakaki, who won the gold medal in the women’s 25 metre pistol event and bronze in the 10 metre air pistol.

“When the best player of the world loses it’s always a surprise. We cannot demand more of Novak. I think what he’s been doing is something unbelievable and he can lose sometimes.

“His success is something difficult to repeat. It’s normal that in some moments he’ll lose some matches. But at the same time he had a very negative draw against one of the best players in the world.”

Judo-Slovenia’s Trstenjak wins gold, France on the board

Brazil judo champ stirs hope in slum where she grew up

Swimming-Hosszu pulls out as Adrian squeaks through

Rugby-Sonny Bill lost for tournament as Japan stun All Blacks

Tennis-Britain’s Murray eases into third round, Ferrer out

Swimming-Hosszu drops out of 200m butterfly

Boos, taunts and jeers: Russia under siege at Rio Games

“You sit at breakfast, Andy Murray is across the hall from us with Jamie (Murray). Breakfast with Jess Ennis the other morning, things you wouldn’t naturally do. We played tennis last night, got lent some racquets from the lads next door (the Murray brothers). There are no downsides (over his decision to compete).”

1926 SPAIN’S GARBINE MUGURUZA ON GETTING OVER RIO HEARTBREAK

“I’m over it. I have to go to the court again, I have a doubles match. This is the Olympic Games, I know it’s frustrating and disappointing to lose, but it’s my first Games, I was not expecting to come here and win a gold medal like that. So that’s all I can say,” said Muguruza, who lost to Puerto Rico’s Monica Puig.

Korakaki becomes the first Greek woman to win multiple medals in any sport at a single Olympic Games.

“To do this twice with the same horse is very special. It is unbelievable. An amazing feeling when you come in and your horse jumps so powerfully. In London it felt the same. Sam is just amazing. A brilliant horse,” Jung said.

“That’s what she trains for. She’s an animal. She can swim distance, she can swim sprint, it doesn’t matter. She just loves getting on those blocks and racing and that’s what you’ve got to do at this stage. It’s not about the times, it’s about racing,” Lochte said after qualifying for the final of the 4x200m freestyle relay.

1723 SONNY BILL WILLIAMS OUT OF OLYMPICS

Sonny Bill Williams, the highest profile player in the rugby sevens tournament, was ruled out of the rest of the Olympics after suffering an Achilles injury in New Zealand’s opening match on Tuesday.

Williams will be replaced by Sione Molia.

Defending champion Katherine Copeland and her partner Charlotte Taylor of Britain suffered a shock exit from the lightweight double sculls after the pair finished third at the repechage stage, behind United States and Japan.

Australia dominated all four quarters against London 2012 silver medallists France to win 89-71 in the women’s basketball Group A clash.

Defending champion Andy Murray of Britain dropped just four games en route to a 6-3 6-1 victory against Juan Monaco of Argentina in the second round of the men’s tennis.

The second seed will face Benoit Paire of France or Italian Fabio Fognini in the next round.

1618 SVEN MARESCH OF GERMANY ON BEING DISQUALIFIED AGAINST SERGIU TOMA IN THE MEN’S -81KG JUDO:

“I was bad, I am ashamed for my performance. The penalties were justified. I did not find a way against him (Toma). I was in good shape. I felt great and I did not have any problems making my weight.

“I just did not get into it and it was completely bad.”

1610 INDIA EDGE OUT ARGENTINA IN HOCKEY

New Zealand suffered a shock 14-12 rugby sevens defeat by Japan in a tight contest in Pool C at the Deodoro Stadium.

Sonny Bill Williams, a two time World Cup winner in the 15-man game, had to leave the field with an ankle injury two minutes into the second half.

Geraint Thomas, who finished 11th in the men’s road race, will join Chris Froome to ride in the time trial event on Wednesday, the British Olympic Association said on Tuesday.

Thomas was included after several riders withdrew due to injuries sustained in the men’s road race.

1540 CAROLINA MARIN, THE TOP SEED IN WOMEN’S BADMINTON, FIRES AN EARLY WARNING TO HER OPPONENTS:

“I am a new Carolina…I am mentally and physically better (and) in the best shape of my life.”

1530 KEYS THROUGH TO QUARTERS

Seventh seed Madison Keys of the United States hit 38 winners in a tight-three set victory over ninth seed Carla Suarez Navarro of Spain in their women’s tennis third round clash.

South Africa thrashed Spain 24-0 in their men’s rugby sevens Pool B encounter, while Britain ran out comfortable 31-7 winners against Kenya in their Pool C clash.

1445 FENG BUNDLED OUT OF TABLE TENNIS

1415 LI THROUGH TO TABLE TENNIS SEMI-FINALS

A dominant second-half display gave defending champions France a 35-20 victory over Qatar in their men’s group A handball clash in the Future Arena.

1410 BRITAIN’S JOHN COLLINS, WHO QUALIFIED FOR THE FINALS OF THE MEN’S DOUBLE SCULLS WITH JONATHAN WALTON, REFLECTS ON THEIR WIN

“Thanks for all the messages. Hard to deal with my disappointment but also proud about our performance,” Annemiek van Vleuten tweeted from her official twitter handle @AvVleuten.

Hungary beat a spirited Chinese team 13-11 in the women’s Group B water polo match at the Maria Lenk Aquatics Centre on Tuesday.

1207 SWIMMER YUSRA MARDINI, WHO IS COMPETING FOR THE REFUGEE OLYMPIC TEAM

“There are a lot of stories about me and a lot of people want to take a picture … This is really good, because it is helping to send our message to the world, and show everyone that refugees can do something.

“But I’ll never be like (Michael) Phelps, as big or as famous. I didn’t achieve a lot until now. If I can achieve something, maybe I can be like him.”

Reigning Olympic champion Mahe Drysdale of New Zealand finished ahead of rival Ondrej Synek Czech Republic in the quarter-finals of the men’s single sculls event. Both rowers move into the semi-finals.

(Reporting by Nivedita Shankar and Ian Rodricks in Bengaluru; Editing by Ed Osmond and Bill Rigby)