Hong Kong’s a rip-off, even if you’re rich 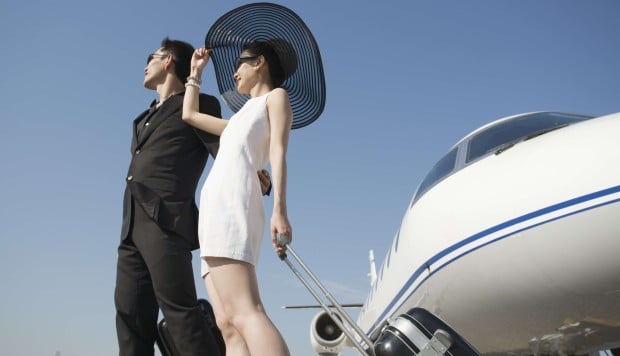 It is said that the rich man thinks only about money. But, in truth it is the poor man who can think of nothing else.

In “Asia’s (most expensive) world city”, you would be surprised who considers themselves to be poor. You can’t measure or hide behind anecdotal evidence showing the deteriorating quality of Hong Kong’s basket of economic goods that constitute quality of life.

If well paid locals and expatriates who work directly or indirectly in financial services are relocating because they can’t keep up with housing and education costs, then how difficult it must be for average citizens

A locally based senior executive at an international asset manager, frustrated at paying HK$68,000 a month for a flat in Aberdeen for his wife and two kids, decided to move to the suburbs of Taipei where he could afford to rent a house with a garden – and a better quality of life. He travels most of the week, but returning to Taipei is only an hour’s trip. As he said, “Living costs just devoured most of my basic salary each year in Hong Kong.”

Then, an Australian real estate executive told me he can’t keep up with Hong Kong’s insatiable for-profit education system that forces you to deposit about HK$2 million to HK$3 million in school debentures years before a child even enters school. Worst of all, he felt many of the Hong Kong private schools were really no better than free, public schools in Australia.

When a senior American manager of a global brokerage was finally appointed as the head of Asia, he immediately relocated his family and the head office to Singapore – “for the educational sake of my kids.” He was “tired of paying tuition increases every year for local private schools who were clearly raising fees without offering any new facilities or teaching value.” He believed Singapore’s private schools were more stable.

The semblance of quality of economic life appears to be cracking in Hong Kong. If well paid locals and expatriates who work directly or indirectly in financial services are relocating because they can’t keep up with housing and education costs, then how difficult it must be for average citizens.

One argument comes from those who say Hong Kong has always been an economic pressure cooker that breeds struggle. It’s never been cheap to live and operate here – but now, for many years running, Hong Kong has become relatively and absolutely expensive.

But Hong Kong’s famous free market and “positive non-interventionist” government policy have evolved into their own brand of free market failure. As Marx described, the end game of capitalism is when capitalists, with the unwitting aid of government, become oligarchs through greater economic concentration. And the outcome of the proletarian revolution is wealth redistribution.

However, the rich and powerful, as Marx observed in his time, as today, are incapable of reforming or giving in.

Regina Ip Lau Suk-yee, a former chief executive candidate, certainly painted a bleak, but realistic picture to me in a Feburary interview. “You need a more reformist leader, not a bureaucrat to make significant changes. You need outsiders with a firebrand approach. Bureaucrats have been part of the system for too long and they are reluctant to change. Bureaucrats rarely take controversial positions.”

Thus, since 1997 the Hong Kong government has turned out to be quite restricted and circumscribed in its policies and powers despite the Basic Law. It maintains economic and social order through a century-old model that integrates the colonised into government power, while still keeping the colonial subjects in their place. By refusing them the ability to implement economic reforms, Hong Kong people can prosper in Chinese territory, but they can never truly be citizens.