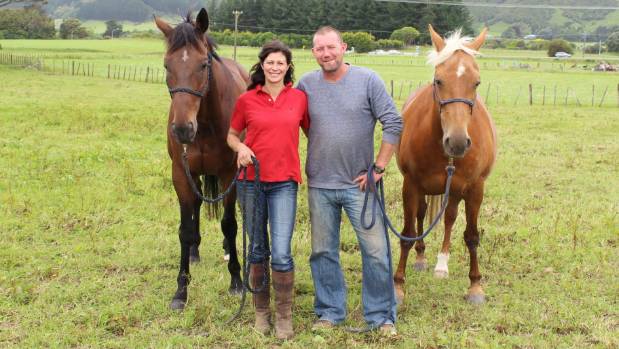 Sam Glazebrook and Andrew Froggatt with horses Lochie and Yella.

A Horowhenua-based couple are using horses to teach communication and leadership skills.

They have recently shifted their five horses, four children, cat and dog to a 8.5 acre property on SH1, south of Manakau in Horowhenua. 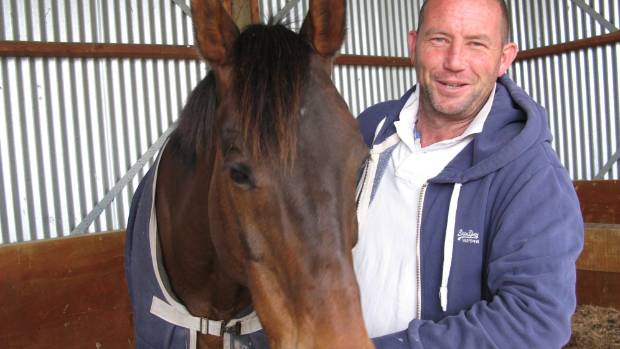 The course use horses as teaching tools. Participants interact with them and study their performance using video analysis.

Glazebrook said the courses were useful for those in leadership roles.

She said anybody was able to take the courses, regardless of whether they had previous experience with the animal.

Before attending, participants complete a questionnaire and are paired up with a horse suitable to their goals and personality.

Froggatt and Glazebrook launched their business about four years ago. Froggatt released a book, The Horse Whisperer, revealing his secrets earlier this year.

Born in Wellington, Froggatt said he’d walk the 12-kilometre round trip over the hills between his family home and his grandparents’ house in Ohariu Valley to see the animals.

He graduated with an advanced certificate in horse business management from Marcus Oldham College in Melbourne.

Froggatt has a reputation for developing relationships with horses many others gave up on.

It was important to foster a “keen to please” attitude in them, rather than intimidating them physically and forcing obedience out of fear.

He said he came up with the business idea when he was approached by a man while working with horses in the Wairarapa.

“He said … what you’re doing with that horse is what I want to teach corporates.”

Glazebrook has been around horses from an early age. She was a district-level eventing competitor in the UK, and was a trainee at an Olympic-level event yard in Ireland.

Despite their move the pair have retained their previous base in Queenstown, which has views of the Remarkables, Coronet Peak and Cardrona Skifield.

They hold their first international course, for pest control company Rentokil, in Singapore in February.

Closer to home, they will start developing their 1800 square-metre arena on their property, and renovating their 106-year-old home, in the new year.