How prepared is Singapore for an attack?

The scene: With their submachine guns raised, police officers stormed into the Century Square shopping mall in Tampines.

Moving swiftly in teams of two to four, they took aim and fired. Moments later, the “terrorists”, who had earlier “killed” shoppers and taken others hostage, lay dead on the floor.

The reality: These were the police’s new Emergency Response Teams (ERTs) responding to a mock terror attack during an islandwide counter-terrorism exercise last month.

These crack troops, who are trained in counter-assault skills, will be one of the first responders to any terrorist attack. They were commissioned in June and it is not uncommon to see them with their HK-MP 5 submachine guns and kevlar helmets patrolling the heartlands or city area.

The threat of a terror attack is at its highest ever in recent times and security agencies have been packing more muscle to deal with the possibility of a strike.

This year, the police, Singapore Civil Defence Force (SCDF) and Singapore Armed Forces have held a series of drills simulating mock strikes on different types of civilian targets, ranging from shopping malls to a hospital. These culminated in an islandwide exercise last month that involved coordinated attacks on multiple targets across the island.

Two months ago, the SG Secure national movement was launched by Prime Minister Lee Hsien Loong in an effort to sensitise, train and mobilise Singaporeans to prevent terror incidents and respond to them.

Under the campaign, the Government is hoping to equip at least one person in every household with basic emergency skills such as CPR.

The National Security Coordination Secretariat (NSCS) has ramped up its Let’s Stand Together initiative to make people aware they can play a role in staying alert.

It put out ads and animated videos at bus and train stations based on eyeball figures who flag suspicious objects and raise the alarm.

“Eyeball characters were used because our eyes are our first defence in spotting and reporting threats; also, a play on the word ‘I’, which can represent each and every Singaporean,” the NSCS said.

These measures amount to Singapore’s largest counter-offensive against the terror threat, but has this been enough?

A work in progress

At a panel discussion organised by Insight last Monday, experts said the nation still has some way to go.

Associate Professor Kumar Ramakrishna, head of policy studies at the S. Rajaratnam School of International Studies, said these efforts will go some way towards boosting awareness of the threat and could “pay dividends” in future.

But it is still very much a work in progress.

Last Monday, Home Affairs Minister K. Shanmugam said at a dialogue at the National University of Singapore that there was a real risk of citizens seeing no need to be concerned about the threat.

“The real challenge for us is how to make our population more sensitised and not that they will overreact,” he said.

Professor David Chan, director of the Singapore Management University’s Behavioural Sciences Institute, told the roundtable that, to some, a terror attack in Singapore is still a distant possibility and campaigns that do not make the danger relatable are at risk of being dismissed as “just another tagline”.

“Think about Marina Bay, its famous skyline, and think about a rocket hitting that place, can it happen? Even if it misses, it can hit somewhere else,” said Prof Chan, referring to a recent plot by a Batam terror cell to fire a rocket from the Indonesian island to Marina Bay.

While the plot was foiled by Indonesian police in August, it is proof that the threat of an attack is ever present and not a remote possibility, said Prof Chan.

Another wake-up call came this year when six Bangladeshi workers were jailed for two to five years after being caught raising money in Singapore to fund acts of terror in their homeland.

They were the first to be convicted under the Terrorism (Suppression of Financing) Act.

Drawing on his own experience to illustrate Singaporeans’ indifference to the terror threat, Prof Chan cited a recent example where he saw an unattended bag left near an escalator at the Harbourfront Ferry Terminal. Even though there was a considerable crowd, no one had reported it.

There is a scientific explanation for this, he said, adding that research has shown that when there are more people around, the impetus to take responsibility and do something is reduced.

“The responsibility is diffused and you begin to wonder: Is it my job?” he said.

His advice: “Don’t wait… if I keep waiting, nobody would do it. But if I know this and if I do it, then maybe I can prevent something.”

This indifference might be due to the fact that although Singapore has disrupted the Jemaah Islamiah terror network and foiled its plots, and detected radicalised persons, it has not had a terror attack for decades.

Two other significant attacks have happened in Singapore’s history.

In 1965, at the height of Konfrontasi, two Indonesian commandos set off a bomb at MacDonald House in Orchard Road, killing three people.

And in 1974, the Laju ferry was hijacked off Pulau Bukom by four terrorists from the Japanese Red Army and the Popular Front for the Liberation of Palestine.

Prof Chan said the Government has been doing such a good job of preventing attacks since then that Singaporeans are inured to the threat.

He called it the “paradox of success”.

Contrast the attitudes of Singaporeans with people in Israel – there, those who can afford it buy cars for their children so that they can drive to school and avoid taking the bus, said Dr Kumar.

“Why? Because the suicide bombers targeted the buses and public transport. So the threat is very palpable. You don’t need to convince them, they know this is what you need to do,” he added.

While buying a car to avoid taking public transport here would be quite extreme, Singaporeans could instead take small steps such as keeping their eyes peeled for suspicious characters and unattended bags in public, said accountant Rama Diwakar, 45.

“We can all play a part by being the eyes and ears of the authorities,” said Madam Rama.

She is an example of a concerned person who has gone one step further – she is a trained community responder with the SCDF, knows basic triage and could be activated if there is an emergency in her vicinity.

Dr Kumar, meanwhile, said that the challenge is cultivating “situational awareness” in all people here.

Some effort has been made to encourage this with SG Secure and the mobile app that was launched along with it. The app can broadcast important alerts during major emergencies and it can also be used to alert the police to incidents or to request help.

The problem is, since there has not been an attack here in recent years, people do not use it regularly, said fellow panellist Remy Mahzam, an associate research fellow at the International Centre for Political Violence and Terrorism Research.

“We can’t wait for something to happen before we get up and use this app,” he said.

Prof Chan said the real challenge was to engage people with technology on a day-to-day basis: “Everybody needs to realise that you can make a real difference, not just to yourself and your family, but the entire country.” 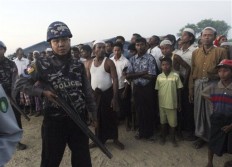 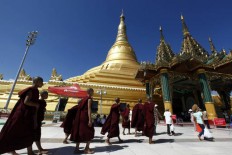 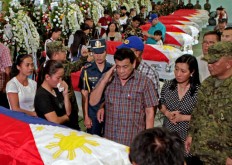 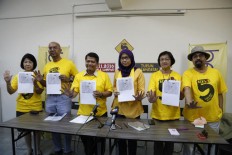