Last year marked the 40th anniversary of Temasek, one of Singapore’s two sovereign investment funds (SIFs), along with the Government Investment Corporation (GIC). Set up in 1974 as part of the newly independent city-state’s nation- building effort, Temasek has evolved from a sleepy holding company shepherding an initial portfolio of 35 inherited government-linked companies (GLCs) to a long-term, return-seeking investor with both wealth-management and development mandates. 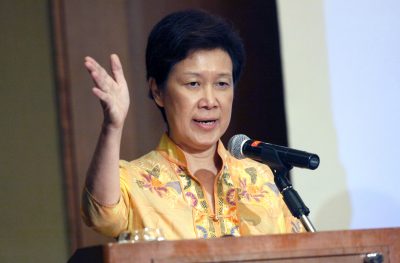 Temasek is still a government holding company that acts as a shareholder on behalf of the Singaporean government. Today it pursues its developmental mandate by buying direct stakes mostly in Singaporean and Asian companies, and then reinvesting its proceeds from asset sales and dividend income into foreign assets, acting like a private equity fund.

As a result, Temasek is primarily a concentrated Asian equities investor. In 2014, 70 per cent of its portfolio was held in liquid, listed assets with 72 per cent allocated to assets in Singapore and Asia, making it one of the least diversified sovereign funds globally. A further 10 per cent was allocated to Australia and New Zealand, underscoring its geographic bias towards the Asia-Pacific.

The heavy regional orientation of Temasek’s portfolio is a legacy of its original mission to assist in the state-led development of Singapore and its neighbours. Following independence in 1965, Singapore lacked capital, infrastructure and job opportunities. In the absence of raw natural resources, the newly independent state commenced an aggressive industrialisation and economic development program.

To this end, the government acquired minority stakes and established start-ups in strategic sectors like transportation, industry, engineering and logistics to foster self-sufficiency and attract private investment. The new government also inherited ownership of several established aviation, telecommunication and defence companies from the British. Temasek was established to relieve the ministries of finance, trade and industry from the commercial management of these GLCs in which the state had a controlling stake.

Temasek remained a domestically focused holding company until the late 1970s, when it adopted a more outward-looking approach. At this time, the fund encouraged its portfolio companies to expand throughout the Pacific Rim and into the recently opened Chinese market, as well as to pursue mergers and acquisitions to become more internationally competitive.

During the early 1990s, as the Singaporean government further liberalised the domestic economy, Temasek acquired several more public service providers in broadcasting, utilities and electricity, overseeing their privatisation as part of the government’s policy to increase competition. This continued sell-off of basic public assets resulted in the second major capital injection in Temasek since its creation.

Both this allocation of privatisation proceeds generated through the government’s competitiveness agenda and the continued commitment to predominantly domestic investments in companies that owned or provided critical resources or services reinforced Temasek’s ongoing role in the state’s economic apparatus.

This only began to change following the appointment of Ho Ching, daughter-in-law of Lee Kuan Yew, Singapore’s founding prime minister and wife of current Prime Minister Lee Hsien Loong, to Temasek’s board in 2002. In her role as Executive Director on the board, Ho was instrumental in introducing a new charter in 2002 that reinterpreted Temasek’s role within the state. The 2002 charter recast Temasek’s ‘developmental’ mission, moving the fund away from its historical domestic investment agenda aimed at diversifying and developing Singapore’s economy to a new role ‘as a commercial investment company to create and deliver sustainable long- term returns’.

Ho’s ascent to CEO in 2004, a position she has held for a decade barring a short hiatus in 2008, ensured this new vision of Temasek gained traction. The revised 2009 charter further emphasised Temasek’s role as a commercial rather than strategic investor that must prioritise long-term wealth creation over the pursuit of the government’s national economic objectives.

The realisation of this more arms-length mission from the government is made possible through Temasek’s independent financing arrangements. Temasek has not received any regular financing from the government in its 40-year history besides the two ad-hoc injections of privatisation windfalls. This is striking for such an established fund. Several other SIFs also lack a stable funding mechanism (for instance, the China Investment Corporation, Australian Future Fund and the New Zealand Superannuation Fund), but these are relatively new funds, less than a decade old, with their permanent funding arrangements yet to formalise.

This set-up is also striking relative to its sister SIF in Singapore, the GIC. The GIC was created with a portion of surplus foreign exchange reserves and receives an annual (discretionary) transfer from the government to help grow its principal. Temasek, on the other hand, has become entirely self-financing with five primary sources of funding: company dividends, divestment proceeds, distributions of fund investment earnings and, since 2005, long- and short-term debt issuances following the company’s inaugural credit rating in 2004. Since then, the company has issued 13 medium-term bonds in US dollars, Singapore dollars and British sterling, totalling US$9.3 billion, with a weighted average maturity of 14 plus years.

The use of debt instruments by Temasek places the fund in a niche club of sovereign investors. Abu Dhabi’s Invest AD, Bahrain’s Mumtalakat and Malaysia’s Khazanah, also a sovereign development fund, have all issued bonds to generate capital. Perhaps the most well-known debt-financed sovereign fund is the China Investment Corporation (CIC). The CIC was established in 2007 through a Ministry of Finance bond issuance of US$200 billion, which saddled the SIF with a daily liability of US$40 million to service its debt. This liability increased in 2010 when CIC’s domestic arm, Central Huijin, which controls a substantial proportion of China’s state-owned financial institutions, undertook a domestic market issuance to help raise capital for its local banks.

Unlike CIC though, Temasek’s multiple sources of funding alongside its securities have allowed it to use its debt instruments more creatively. In October 2010 Temasek announced the issue of a zero yield exchangeable bond with a three-year maturity. This bond was exchangeable into shares of Standard Chartered Bank, a portfolio holding of Temasek, at a premium of 27 per cent.

As Schena and Chaturvedi of the Tufts University Fletcher School observed, ‘[t]he interesting dimension of the bond is Temasek’s ability to systemically reduce its holding in an investee company at a premium over the current market price while enjoying nominally interest-free financing for three years’. A more fundamental implication of this funding strategy is the ability to help develop domestic capital markets. By undertaking its own debt raising activities, Temasek has expanded its access to short- and long-term debt and helped cultivate the local capital market.

Today Temasek invests with a higher degree of independence from the government’s national economic agenda, although links to the state remain through the fund’s board composition and governance arrangements. A quarter of Temasek’s recently expanded 12 member board is from the political elite — the Chairman, Mr Lim, held several cabinet positions in the Singapore government from 1993–2011 and top level positions in the labour and trade union movement; the CEO and Executive Director Ho Ching is the wife of Singapore’s current Prime Minister, Lee Hsien Loong; and long-time director Teo Ming Kian was a former permanent secretary in various government ministries and executive chairman in key agencies. Formally, however, neither the President of the Republic of Singapore nor the Government of Singapore can influence Temasek’s investment decisions and Temasek recently enlarged the majority of non-executive independent private sector business leaders on its board.

Nonetheless, the company is still expected to help foster a strong Singapore, increasingly through philanthropy. In March this year, Temasek created the US$31.8 million Temasek Emergency Preparedness (TEP) fund to help Singaporeans prepare and respond to emergencies. The TEP covers environmental disasters such as the haze that engulfed the country in 2013 and trauma from accidents or national crises like the SARS epidemic of 2003. This initiative forms a small portion of the US$1.2 billion endowed to philanthropic causes through the Temasek Trust, highlighting that Temasek’s role has transformed beyond pure nation- building to nation-insuring.

This all suggests that while the scope of Temasek’s activities has changed considerably since its establishment in 1974, it continues to play a key role in fostering economic development and a strong Singaporean state.

Angela Cummine is a sovereign investor consultant at Investec Asset Management and a British Academy post-doctoral fellow at Oxford University from October 2014. She was co-editor of the Global Public Investor 2014 at the Official Monetary and Financial Institutions Forum (OMFIF) following completion of her doctoral research on sovereign wealth funds at Oxford University in 2013.

This article appeared in the most recent edition of the East Asia Forum Quarterly, ‘The state and economic enterprise’.