In Singapore, questions raised after collapse of flyover viaduct kills one, injures 10

The collapsed viaduct yesterday (July 14). Preliminary investigations show that the corbels underneath the workers suddenly gave way, sending them crashing down. ― Picture by Nuria Ling/TODAYSINGAPORE, July 15 — In one of the worst construction accidents here since the 2004 Nicoll Highway collapse, part of a flyover viaduct being constructed near Upper Changi Road East caved in the wee hours of yesterday (July 14), killing one worker and injuring 10.

The accident happened at 3.30am while these workers were atop an elevated structure carrying out decking works for an uncompleted flyover. Preliminary investigations show that the corbels — stone structures on vertical columns that help to prop up horizontal beams that roads are laid on — underneath them suddenly gave way, sending them crashing down.

Seven of the casualties needed to be warded, with two among them in intensive care as of 5.30pm. Three workers were discharged after receiving treatment. The worker who was killed is 31-year-old Chinese national Chen Yinchuan.

The collapse of the structure triggered a massive search-and-rescue operation lasting more than three hours and involving 60 officers from the Singapore Civil Defence Force and K9 search dogs working, at times, in a heavy downpour. They wrapped up at around 7am after all the workers who had been at the site when the tragedy struck were accounted for.

All work at the site, which was to build a link between the Tampines Expressway (Changi) and the Pan Island Expressway towards Jurong, has been halted by the Building and Construction Authority (BCA) and the Ministry of Manpower for investigation and checks.

The Land Transport Authority (LTA) also suspended work at its road and rail construction projects across the island as a precautionary “safety timeout”, which it lifted at 1pm after a “stock take” of safety measures in place.

The accident has put a spotlight on the construction project’s main contractor, Or Kim Peow Contractors, which was on Tuesday dealt with in the courts for a separate workplace accident in 2015 that also claimed one worker’s life. Earlier this year, the firm was also blacklisted from January to April by the Ministry of Manpower for violations of workplace safety regulations.

Civil engineering experts TODAY interviewed suggested four possible areas that could have failed and caused the corbels to collapse — the design of the corbels, the quality of materials used to make them, unexpected weight on the structures, and construction procedures.

In a Facebook post in the evening, Minister of State for Manpower Sam Tan said officers from his ministry are working closely with the LTA and BCA to get to the bottom of the reasons behind the collapse, adding that they will “focus on the design and construction process of the flyover”.

He also said his “thoughts and prayers are with the family of the deceased worker” and urged contractors and employers in the construction industry to take extra precautions and implement suitable safety measures to keep their worksites and workers safe. ― TODAY 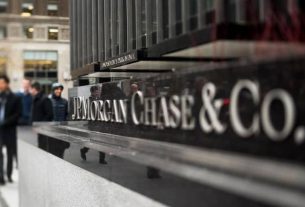