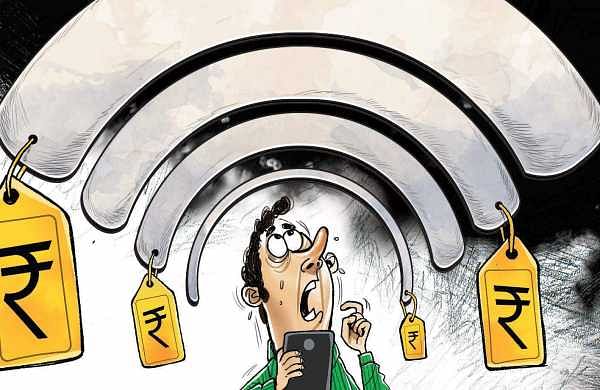 Social media is abuzz with the US Federal Communications Commission’s (FCC) decision to repeal the net-neutrality regulations. The regulations, aimed at ensuring a free and open Internet, were proposed in 2015. The FCC had then famously reclassified high-speed Internet as a telecommunications service, subjecting internet service providers (ISP) to penal action for violations. The Internet ecosystem comprises three key players—the ISPs or telecom service providers like Airtel and BSNL, the ‘content providers’ like WhatsApp and Facebook, and the end user.

Net neutrality implies the ISP must treat all data as exactly the same without discrimination based on source of the data or the intended recipient. This also means there should be no discrimination in terms of priority or pricing discrimination. The user must have the same experience when accessing any website on the Internet (be it Google, Facebook or any local news portal). By providing a level-playing field, net neutrality will encourage the content providers, especially the smaller ones, to come up with innovative solutions. This would spur the start-up ecosystem.

However, in an ISP controlled/non net-neutrality regime, the bigger content providers could have an ‘understanding’ with the ISPs and potentially kill the smaller companies. Opponents of net neutrality argue that its enforcement would not motivate the ISPs to improve Internet infrastructure as they are not able to monetise their existing infrastructure, like radio spectrum. The US move will give powers to the ISPs for controlling and throttling Internet content. It is unprecedented considering a recent survey found that 83 per cent of US consumers support net neutrality. Pai has said the FCC would no longer be in the business of micromanaging business models and pre-emptively prohibiting services that could be pro-competitive. Many consumer groups are pursuing a legal route.

As expected, ISPs like AT&T and Comcast have welcomed this move. While tech giants like Amazon and Facebook expressed unhappiness, the fact that these giants enjoy a huge loyal customer base puts them in a powerful position when negotiating with the ISPs. The scrapping of net neutrality in the US will have a rub-off effect. Many nations consider the US as the beacon for technology regulations. A recent report talks about possible implications in Australia, as the nation follows the US on Internet access. While most EU nations have some form of net neutrality enabled, Portugal is an exception where service providers are using loopholes in the regulation to charge more. India has been a proponent of net neutrality for the past few years.

Recently, IT minister Ravi Shankar Prasad has said that right to Internet access is ‘non-negotiable’. In its recent recommendations, the telecom regulator TRAI said that Internet- access services should be governed by a principle that restricts any form of discrimination or interference in the treatment of content, including practices like blocking, slowing down or granting preferential speeds or treatment to any content. The TRAI said ‘specialised services or other exclusions’ will not come under the purview of the recommendations.

It has also suggested that it does not see any issue with adoption of reasonable traffic management practices by the service provider. The special services could include healthcare and other areas. By using some of the clauses in the TRAI recommendation, will we see some form of zerorating like Facebook’s Free Basics again? In early 2016, Facebook started Free Basics allowing users free, but restrictive Internet access. Facebook had to stop this service due to the government’s clampdown on discriminatory pricing. The TRAI has taken the step in the right direction by allowing some flexibility for the ISPs. But this is desirable with the right checks and balances.

The Internet is becoming complex with so many stakeholders like search engine providers, content providers, mobile phone makers and platform providers, all competing for their share. The ISPs could differentiate based on the broad category of applications—for e.g., voice applications. However we don’t want specific content providers’ data to be given different priority—for e.g., Skype or WhatsApp should not be treated differently. For TRAI, monitoring such cases will be a challenge. However, on monitoring internet traffic, the TRAI has said that the DoT needs to establish an industryled collaborative framework. Presently, India has 400 million Internet users, of which rural penetration is abysmal at 16 per cent. Reports suggest rural India can add 750 million subscribers.

So demand for Internet access and India-specific content will increase a lot over the next few years. So, Internet is undoubtedly an important platform that can unleash innovation potential through startups, e-governance and the ‘Digital India’ programme. However, India’s Internet speeds are much lower compared to global averages. India is ranked 109th in terms of mobile Internet speed amongst 122 countries and 76th in fixed Internet. While India has seen improvement in the Internet speeds during 2017, the speeds are one-tenth that of Norway or Singapore.

Even Sri Lanka and Pakistan are ahead of us. So the government’s effort in enabling synergy amongst the key stakeholders is paramount. The ISPs must be able to run a viable business, while nurturing innovation from content providers and ensuring superlative user experience to the end users. India’s stand on allowing free and non-discriminatory internet access must be applauded. However, implementation of net neutrality by supporting the ecosystem and ensuring superlative user experience will be the key.