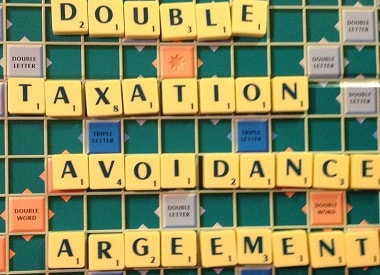 The government signed a pact with its Singapore counterpart on Friday, amending their decade-old tax treaty, gaining taxation rights over capital gains. This is the third double taxation avoidance agreement (DTAA) amended so far this financial year with a zero or low tax jurisdiction. The other two were with Mauritius and Cyprus. According to tax consultants, Mauritius would be the most attractive source of investments into India for debt funds and Singapore for equity investments.

Mirroring the revised India-Mauritius DTAA, the government has some grandfathering provisions (having the old rule continuing to apply for some existing situations, with the new one for all future cases) and a two-year transition benefit to investments from Singapore. The revised pact will take effect from April 1, 2017. For two years from that date, capital gains tax will be imposed at 50 per cent of the prevailing domestic rate. The short-term rate is 15 per cent at present. The full rate will apply from April 1, 2019.

“2016 has been historic, with all three tax treaties amended… The treaties were misused to round-trip domestic black money and bring it back to India through these routes. There has been a significant battle by India against black money. It is a happy coincidence that by amending these treaties, there has been a burial to the black money route that existed,” said Finance Minister Arun Jaitley on the revised DTAA.

Mauritius and Singapore are the top two sources for foreign direct investment to India, about half of the total direct flow. Total FDI from Mauritius over the past decade and a half is $95.9 billion. That from Singapore is $45.8 bn

The concessional rate of 50 per cent would be subject to fulfilment of conditions of Limitation of Benefit (LOB), an expenditure of at least Rs 50 lakh in  Singapore in the previous financial year. It is Rs 27 lakh in the case of Mauritius.

“The Singapore route was widely used for treaty shopping. Investors were used to create shell companies, claiming it to be a resident of Singapore. This loophole has been plugged, to cover for revenue loss and black money via this route,” said Rakesh Bhargava, Director, Taxmann.

The rate of withholding tax on interest for Singapore has been retained at 15 per cent, as against 7.5 per cent in the case of Mauritius, making the latter a preferred source of investment into India by debt funds.