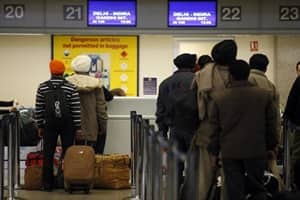 Travellers from India also said they will choose destinations based on historical landmarks and if the tourist centres come with great shopping choices, the survey said. (Reuters)

Travellers from India also said they will choose destinations based on historical landmarks and if the tourist centres come with great shopping choices, the survey said. (Reuters)

When it comes to travelling, Indians are the most family-oriented globally and prefer destinations that offer fun activities for all, according to a British Airways survey.

“Sixty-four per cent Indians feel the availability of family fun activities are the most important factor when choosing a holiday destination,” the ‘Travel Habit Survey’ has revealed.

Travellers from India also said they will choose destinations based on historical landmarks and if the tourist centres come with great shopping choices, it added.

The survey was done by the airline online across selected countries in Asia-Pacific. In India it was conducted among 501 adults between February 25 and March 9, 2016.

It found that English soccer star David Beckham is Indian travellers first choice among British celebrity for a flying companion (32 per cent). Beckham has also topped the lists in China, Hong Kong, Japan and Korea.

Interestingly, nearly half (48 per cent) of the Indian participants were inspired to visit the UK following popular British movie ‘James Bond’, 42 per cent and 34 per cent of the respondents said they find their travel inspiration from ‘Harry Potter’ and ‘Sherlock Holmes’, respectively.

Tourists from China, Japan, South Korea and Singapore also voted ‘Harry Potter’ as ‘the’ British movies that would inspire them to travel to the UK.

Twenty-four per cent of Indian holiday-makers picked Paris as the top dream destination in Europe followed by London (20 per cent). The French capital also tops the dream destination list for sightseers from China, Hong Kong, Japan, Korea and Singapore.

Asked about their airport shopping preferences, most Indians said they liked to buy food and drink items when they are travelling (27 per cent).

While designer clothes and jewellery are close second for women (9 per cent and 10 per cent, respectively), male travellers said they liked buying perfumes or colognes (15 per cent) from the airport stores.

The survey showed over half of the participants from India gave high priority to the availability of restaurants and cafes when picking a new destination to visit.

While 41 per cent Indians picked Oxford Street as the top shopping destination in London, 30 per cent said they would go for malls for discounted luxury goods.