Indonesia must go all out to prevent forest fires: Expert

The Indonesian government, plantation companies and communities need to take immediate action to prevent forest fires as hot spots have started to emerge in a number of forested areas in Kalimantan and Sumatra, an expert has warned.

“Before fires spread wildly and uncontrollably, we need to immediately stop them. The government, plantation companies and communities need to cooperate to address the problem,” Supiandi Sabiham, an expert with the Bogor Institute of Agriculture (IPB) and chairman of the Indonesian Peatland Association, told The Jakarta Post in Kuching, Sarawak, Malaysia on Wednesday.

The government needs to closely monitor the implementation of a regulation that allows farmers to clear land measuring less than 2 hectares by fire because such fires could spread to other areas and become wild fires, Supiandi added.

Speaking on the sidelines of the 15th International Peat Congress, Supiandi reminded that forest fires occurred on both peatland and in forests and had the potential to spread and be difficult to extinguish.

Fire occurs annually in both forest and peatland areas in Sumatra and Kalimantan. The resulting smoke leads to heavy air pollution that causes serious health problems among local people and disrupts air transportation.

In previous years, the haze has spread to Singapore and Malaysia.

Meanwhile, Kalyana Sundram of the Malaysian Palm Oil Council (MPOC) said that Malaysia was able to control forest fires because the government strictly enforced a law that prohibited clearing land by fire. “Any plantation companies will face license revocation if they are found guilty of burning,” he added. 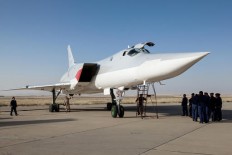 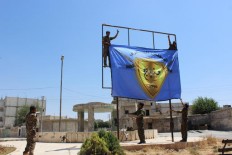 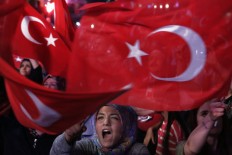