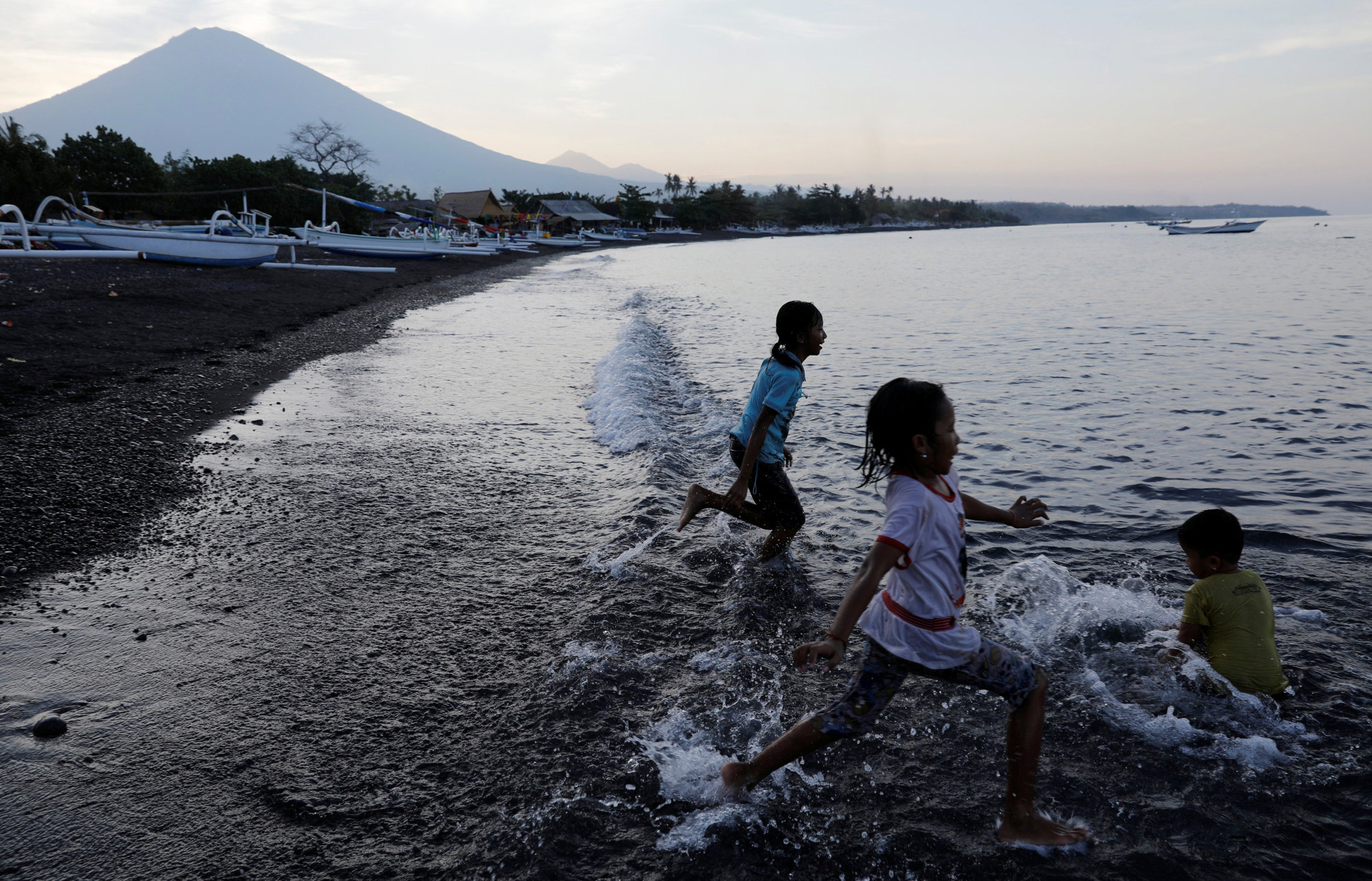 JAKARTA – Indonesian authorities are preparing to divert flights to 10 airports across the country in case an increasingly active volcano on the holiday island of Bali erupts and disrupts travel.

Officials have warned that Mount Agung in eastern Bali could erupt at any time, prompting several countries, including Australia and Singapore, to issue travel advisories for one of the world’s most popular tourist destinations.

“Ten airports will serve as alternatives for flights bound for Bali’s Ngurah Rai airport in case it is closed because of volcanic ash,” Transportation Minister Budi Karya said in a statement on Wednesday.

Airports in Jakarta, Surabaya and Lombok are among those being prepared to allow diverted flights to land.

Bali’s Ngurah Rai International Airport is the second-busiest in the country, after Jakarta’s main international airport. It was operating normally on Wednesday.

Nearly 5 million people visited Bali last year — most of them from Australia, China and Japan.

Over 75,000 residents have been evacuated from near the volcano and fears of an imminent eruption have prompted some travelers to rethink holiday plans.

Several airlines in Singapore and Australia said they are preparing for disruptions, but that flights were running normally for now.

Virgin Australia, which flies to Bali from Australia, said on Wednesday that it was expecting “some delays.

“At present, there is no visible ash cloud and therefore flights are planned to operate as scheduled. However, there may be some delays due to the fact that some of our Bali bound flights will be making fuel stops in Darwin as a precautionary measure,” the company said in a statement.

Mount Agung’s status was raised to the highest level last week and authorities have imposed a 12km exclusion zone around it. A 4.3 magnitude quake shook the area on Wednesday, indicating that seismic activity remains high, officials said.

“The total number of tremors has decreased, but if we compare the strength (of tremors) it is definitely increasing,” said Gede Suantika, an official at national vulcanology agency.