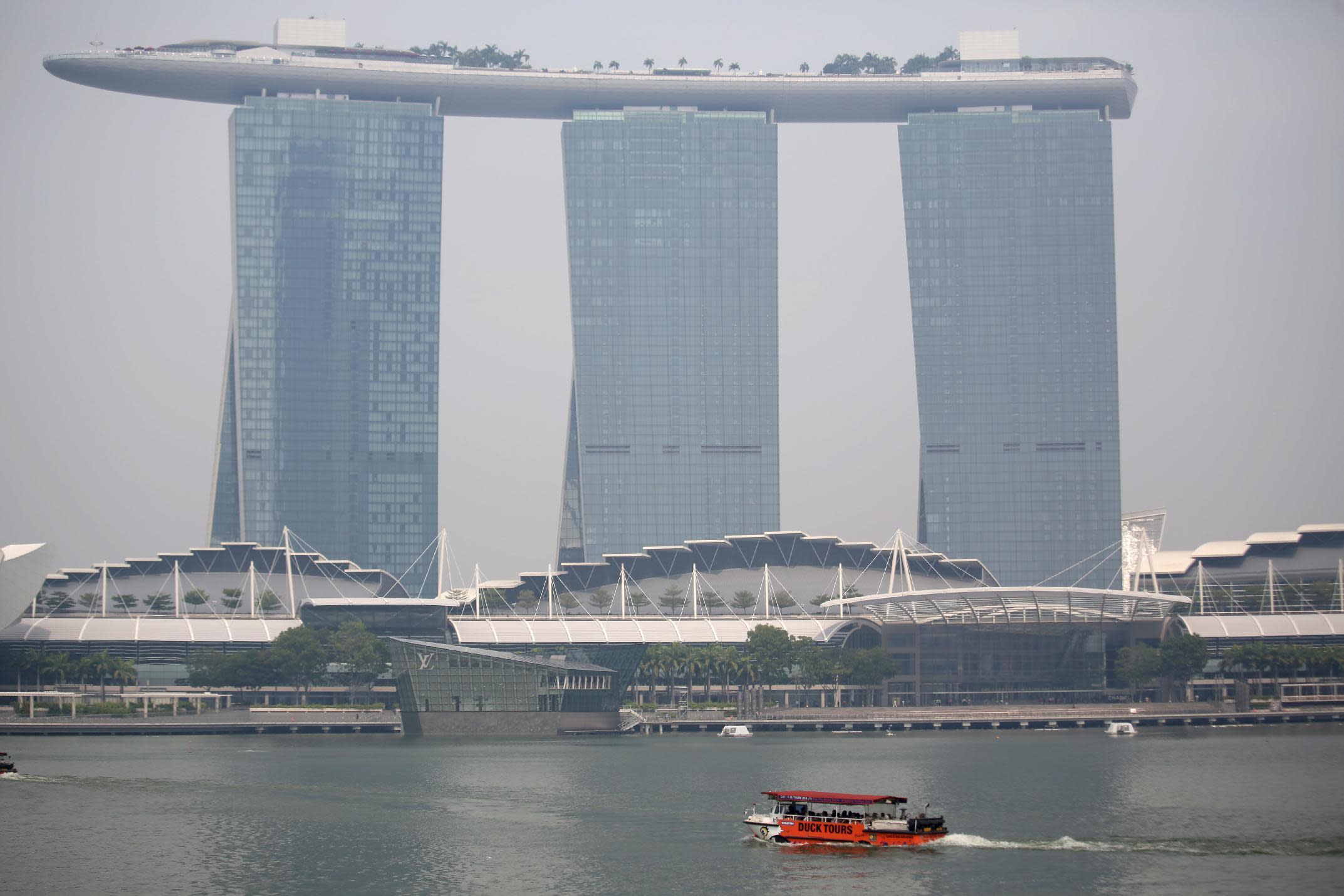 Singapore’s air quality deteriorated to unhealthy levels on Friday as winds blew smoke from fires on Sumatra, where millions of people are already affected by haze, across the city-state and into southern Malaysia.

The number of hotspots detected in Sumatra and Borneo by weather satellites has increased in the past month though they are below levels last year when massive fires in Indonesia caused a regional crisis.

Singapore’s three-hour air pollution index was at 157 by late afternoon, after peaking at 215. Its environment agency doesn’t give a health warning with the limited duration index, but on a 24-hour basis it says levels above 100 are unhealthy and above 200 very unhealthy.

“The smell of smoke woke me up. I thought something was burning outside,” said Singaporean copywriter Lim Jia Ying, who put on a mask for her commute to work. “I’m having a cough and it’s getting worse. Luckily, I found a face mask at home,” she said.

The haze is an annual problem for Southeast Asia, but last year’s fires were the worst since 1997, straining relations between Indonesia and its neighbors. About 261,000 hectares (644,931 acres) burned, causing billions of dollars in economic losses for Indonesia.

Many of the fires are deliberately set by agricultural conglomerates and small-time farmers to clear forests and peatland for plantations.

About 2,800 hectares (6,918 acres) have burned so far this year, according to Indonesia’s Forestry Ministry.

Separately, Indonesia’s Supreme Court has rejected an appeal by a palm oil company PT Kallista Alam that was ordered to pay compensation of 366 billion rupiah ($28 million) for burning peatlands, according to a decision published this month on the court’s website.