Australian Attorney General George Brandis has said cooperation between countries was key in a successful fight against terrorism.

He praised the International Meeting on Counterterrorism in Nusa Dua, Bali, which he said had prompted closer international antiterrorism cooperation.

“This forum, which brings together ministers, senior officials, and technical experts from around the world, is a unique opportunity to engage and open dialogue between international and regional partners on key security issues and to discuss how together we can work to address the problems,” he said on Wednesday.

“At the time when terrorist networks seek to exploit national borders and use the Internet to plan and execute violent extremism, there has never been more important time for countries than to work together, to share experiences and intelligence data and information to cut what we all know to be a truly global threat,” Brandis said.

Ministers and senior officials from 23 countries, including Australia, Belgium, Singapore, the US and the Philippines, attended the meeting. Representatives of ASEAN, Interpol, and the UN were also present.

Vice President Jusuf Kalla gave the keynote speech at the opening of the meeting.

The one day meeting is being held back to back with the 2nd Counter Terrorism Financing Summit that is being hosted by the same venue from Monday until Thursday. Indonesia and Australia are co-hosting the summit. (ebf) 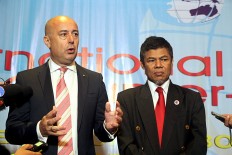 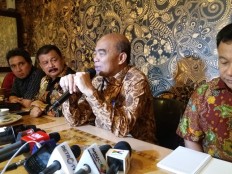 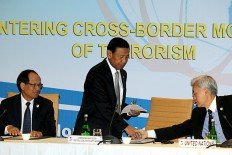