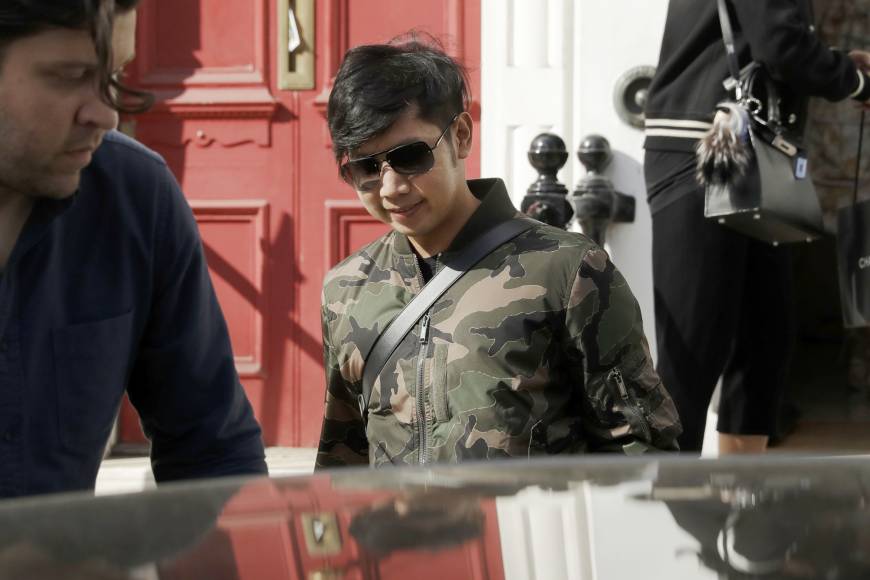 BANGKOK – Interpol has issued an international request for the arrest of the billionaire heir to the Red Bull energy drink fortune, stepping up of the hunt for the fugitive Thai playboy wanted in a 2012 hit-and-run incident that left a traffic policeman dead in Bangkok.

Thai police spokesman Col. Krissana Pattanacharoen said Monday that his department had been notified by the international police network of the “Red Notice,” a worldwide request to find and provisionally arrest an individual, pending extradition.

Vorayuth Yoovidhya skipped Thailand at the end of April, just before authorities issued an arrest warrant after he repeatedly failed to meet with prosecutors since the September 2012 crash. He flew to Singapore on one of the family’s private jets. His trail has since gone cold.

“We have been informed that Interpol has issued a Red Notice on the Red Bull heir, and we now have to wait to see what kind of responses we get from member countries,” Krissana said. “We have been working on this case and pursuing it using all means, and this Red Notice is what we can do when we believe that it’s possible that he is hiding in foreign countries.”

The Red Notice goes out to all 190 Interpol member countries. Among other measures, it alerts border officials, in theory making international travel more likely to result in arrest. In May, the authorities in Bangkok cancelled Vorayuth’s Thai passport.

Vorayuth, 32, is a grandson of the Thai co-founder of the Red Bull brand, the world’s most popular energy drink.

It’s believed he was at the wheel of a Ferrari that struck a policeman on motorbike patrol on a main road in central Bangkok and dragged him under its wheels. The car then sped off, leaving the officer to die at the scene. Police followed a trail of oil and brake fluid to the Yoovidhya’s luxury family compound on a nearby side road.

His failure to keep appointments with prosecutors means they have been unable to charge him. At the same time, Thailand’s statute of limitations is removing what charges he can face. It has already removed one, and another — leaving the scene of an accident — will disappear on the fifth anniversary of the officer’s death, this Sunday.

The last remaining charge — causing death by reckless driving — has another 10 years to run.

Since the crash, an AP investigation showed he was continuing to enjoy a luxury lifestyle, globe-trotting in private jets, snow-boarding in Japan, going clubbing in London and partying on the Formula 1 grand prix circuit including posing for photos with the Red Bull team’s stable of drivers.

In April, AP reporters traced him to one of the family’s luxury London homes, but he refused to answer question. Later that day he, his parents and a cousin hurriedly left the address with a train of baggage.

The handling of the case has led to bitter criticism of the police and prosecutors, and accusations that the wealthy, well-connected family has in effect been exempted from justice.

Police have insisted they working to find him.