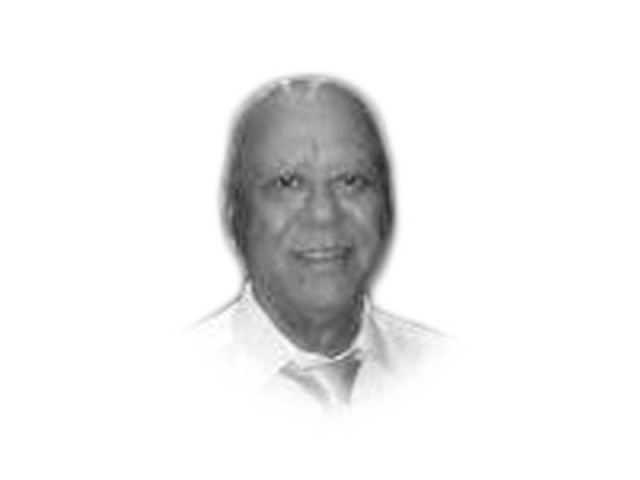 The writer is a US-based corporate attorney, author and an analyst of current affairs. He can be reached at [email protected]

The mega project China-Pakistan Economic Corridor however well-intentioned or however substantive, may probably be not enough by itself to transform our Pakistan into a viable, modern and prosperous state. Human societies do not change overnight through concrete edifices alone. Building a modern, dynamic nation is a long, uphill transformatory process, a process of blood and sweat and sacrifices.

For instance, take the case of Marshall Plan. If we go back in history, after the end of the destructive Second World War, America provided huge amounts of economic aid under the Marshall Plan to the vanquished and ruined nations of Germany and Japan in order to rebuild them.

However, it was the steely resolve, never-say-die attitude and relentless hard work of the people of these two nations coupled with the US aid that resulted in their rejuvenation as economic powerhouses. But like the Germans, Japanese and indeed, like the Chinese and other nations, are we Pakistanis willing to pay that price, share that burden for a future that embraces security, prosperity, progress and the welfare of all of our citizens?

Unfortunately, we are currently ranked as low as 140 in the socioeconomic index of the community of nations of the world. To uplift out country from this periphery status to the category of emerging nations we have to do some heavy lifting.

For one, the country has to dramatically increase its production of goods and services (GDP) and must augment its exports to about $50-100 billion annually. To those who say this is impossible to achieve I beg to differ. With motivational wind of CPEC at our backs and with some bitter pills to swallow, we can do it.

Our archaic rules and regulations and our inept bureaucracy that causes hindrances rather than acting as catalyst, corruption rather than transparency and delays rather than speedy completions, must be eliminated or streamlined. We need to learn and adopt from China on project implementation processes, management rules and effective governance.

Secondly, it is a huge blunder to allow religious fanaticism and medievalism, in the name of religious freedom, to run rampant in the country. As we saw in the Faizabad capitulation, it shred to pieces the country’s image, political stability, economy, rule of law and writ of the state. Could such a thing have happened in China?

Thousands of madrassas that are basically set up for religious indoctrination should be converted into thousands of primary schools. The days and months consumed in religious rituals and frenzy can be instead be utilised for productive nation-building activities.

Thirdly, reset the country’s security and foreign policy from one driven by power and proxy wars to a peaceful, trade-driven, mercantile policy with all our neighbours and beyond. Such a policy, already adopted by Asian ‘tiger’ states such as Hong Kong and Singapore would result in huge savings of resources and efforts and trigger ancillary economic activity optimising the CPEC effect.

By applying the above guidelines of a modern mindset, unflinching hard work, relentless determination with tough, specific measures, the CPEC jumpstart can be the inflection point of our history. It has the potential of launching us closer to our destiny of a prosperous, modern, peaceful state — a haven for all our citizens and the leitmotif of Pakistan.